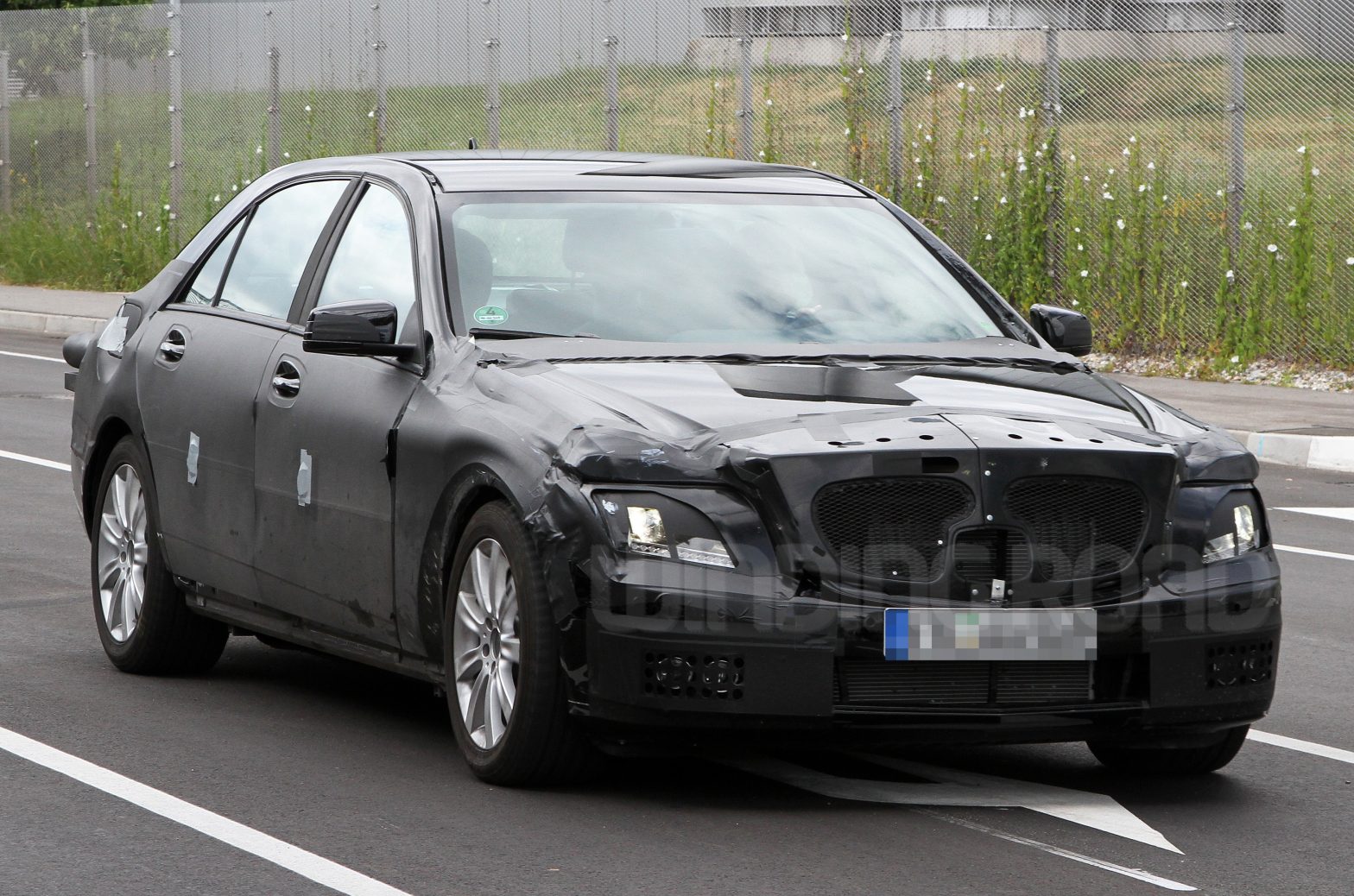 Our spy photographer has caught the updated Mercedes-Benz S-Class again, and it’s a little further along than last time.

Slated for 2012, the new S-Class will have an updated face, with a new, more upright grille and LED headlights. Efficiency is a major focus for the update, and we should see hybrid options, including a range-extended plug-in.

Scroll down for more information from the shooter.

The development of the new Mercedes S Class is well underway as these latest photos of an S Class mule show. Front lights are expected to get smaller with full LED technology and the grille will be more upright than the current car but not as extreme as on the F700 Concept. According to rumors it will not be much lighter due to the necessary space and tech requirements but it will be much more fuel efficient due to new downsized engines and three versions of hybrid options, mild, full and plug-in.

Even if this prototype looks more ready than expected, the new S Class is not due for the market until 2012.