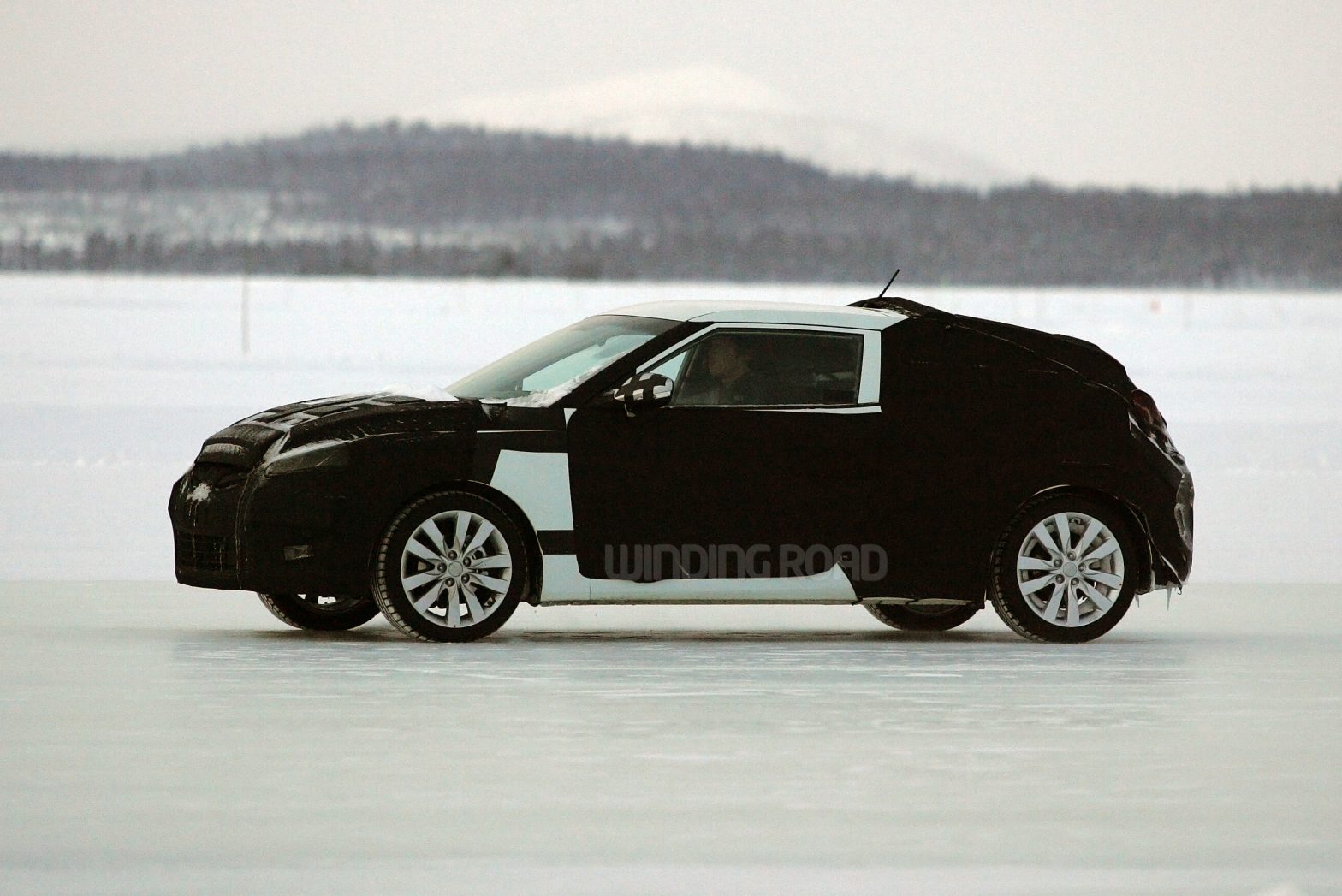 Our spy photographer just sent us these images of the Hyundai Veloster in winter testing. With a directed-injected 1.6-liter four giving 140 horsepower to the front wheels, a more powerful version could follow, possibly with a dual-clutch transmission.

Hyundai is being tight-lipped about it, but they have hinted at a special feature in the body, according to our shooter. We’ll have to wait to see exactly what it is, though.

Check it out in the gallery, or scroll down to see what the shooter thinks Hyundai may be hiding.

Here are the clearest and best spy photos yet of the Scirocco from Korea, the Hyundai Veloster. First showed as a concept at the 2007 Seoul Motor Show, this 2+2 front wheel drive sports coupe is out and testing in production form now.

According to Hyundai CEO, the Veloster will be powered by a 1.6 four cylinder with direct injection delivering some 140 horsepower. Later on there could also be a more powerful version (175-190 HP) as well as a twin-clutch automatic gearbox. He also hinted that the Veloster will get a unique feature in body style for this car segment. Could it be that there will be a rear hinged little extra door on one side, just like on the Mini Clubman?

The Veloster is expected to be unveiled during 2011.