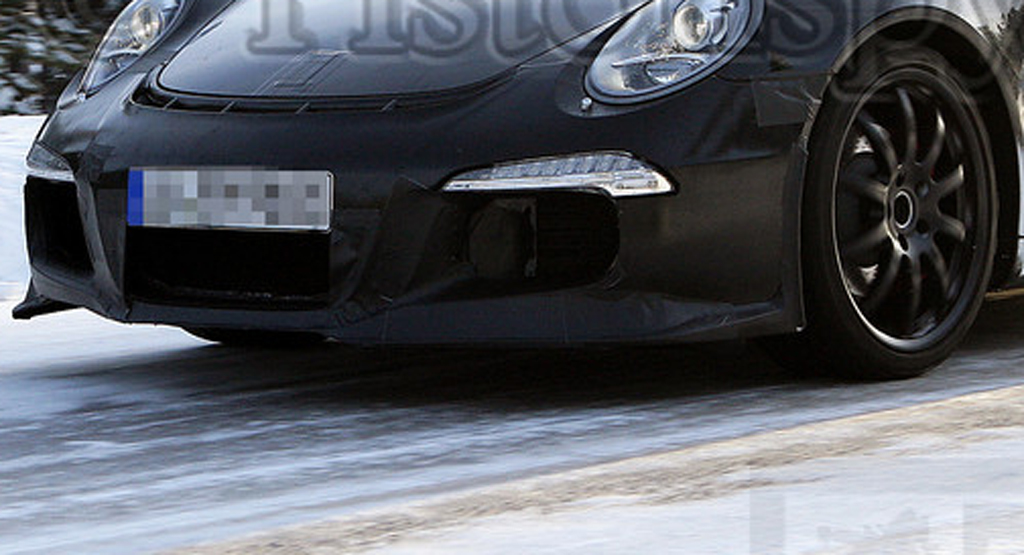 The 991 iteration of Porsche’s iconic 911 sports car is currently in the process of making automotive journalists weak in the knees and asserting its ability to faithfully carry the torch of its predecessors. Now, spy shots of the lighter, harder 911 GT3 variant have been appeared up on Pistonspy. Scooped on unknown snowy roads, the GT3 will likely feature extensive weight reduction efforts and substantial power increases like on previous models. It has already been scooped that the GT3 could arrive sans manual transmission, making use of Porsche’s PDK dual clutch gearbox only. Either way, if the past is any indicator, the new GT3 should a properly fantastic car.
Do you have a car rumor to report, a spy shot to share, or other automotive-themed dirt to dish? Drop us a line at rumors@windingroad.com, our ears are always on!
Tags:
car rumorfantastic carPorscherumors@windingroad.comSpy