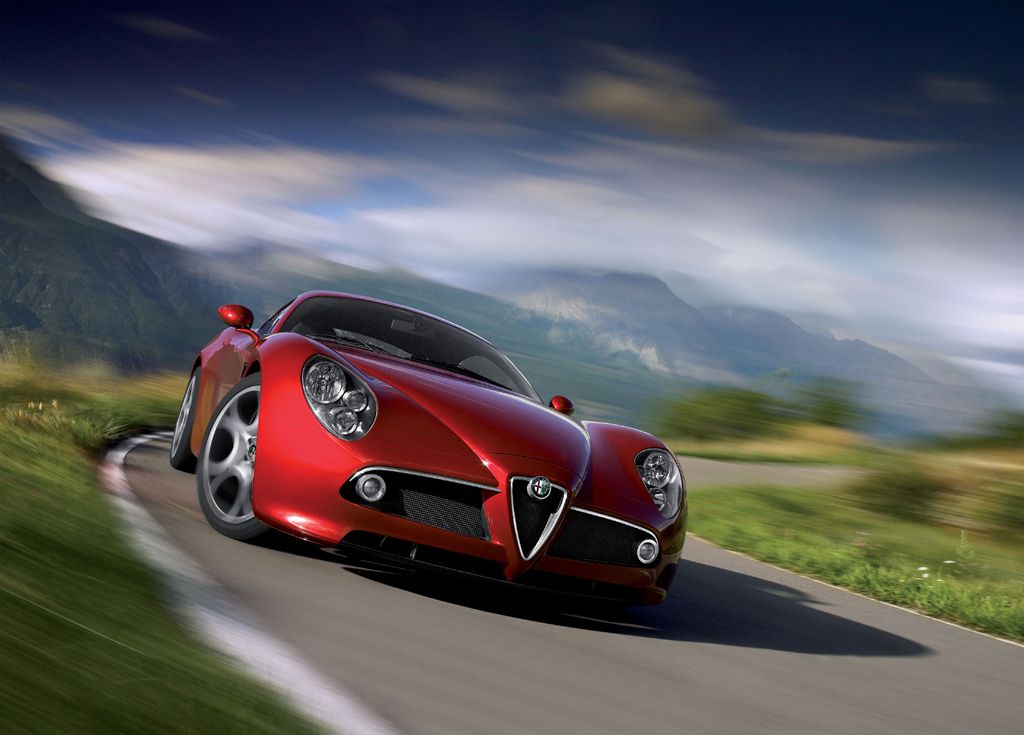 With the exception of the limited-edition Alfa Romeo 8C Competizione supercar, the storied Italian marquee has been absent from the US market since 1995, despite repeated proclamations to the contrary. If recent rumors are true, it looks like we may have to wait even longer for Alfa to have a presence here again.
There have been persistent rumors of Alfa Romeo’s imminent return to US shores, particularly since Fiat’s American return. The first mainstream model would have been a crossover launched in 2013. Now, however, a recent report from Automotive News indicates that Alfa’s vehicles won’t be arriving here until sometime in 2014. Fiat-Chrysler CEO Sergio Marchionne is planning on revealing the revised timetable for the company’s full-scale presence in the United States on October 30.
Alfa’s current plan calls for only four US-bound vehicles out of a projected eight—the gorgeous 4C coupe, the Giulia mid-size sedan, a roadster co-developed with Mazda, and a mid-sized SUV that would slot beneath the Jeep Liberty. Vehicle redesigns, slowing sales, delays, and the current financial crisis in Europe have all contributed to Alfa’s timetable rework.
Marchionne’s address at the end of next month will reveal a clearer picture of what the company plans to do.
Tags:
Alfa RomeoChryslerfiatJeep