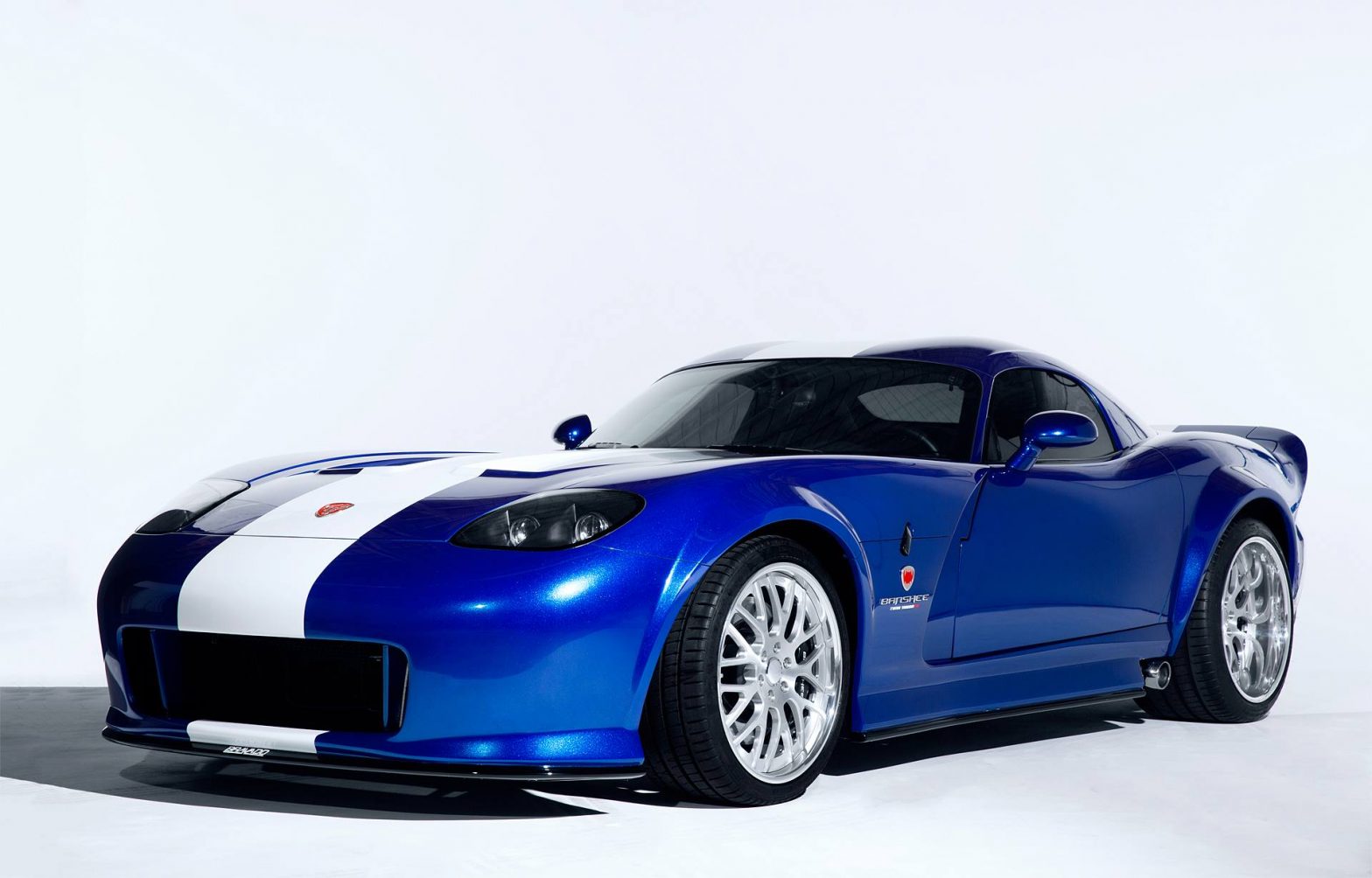 From the virtual world of the Grand Theft Auto video game series comes this real world version of the Bravado Banshee supercar as seen in GTA V.
Details on the actual car are sparse, but the Banshee appears to be a copy of the SRT Viper, just like it has been in the game since Grand Theft Auto III. The car was put together piece by piece to recreate the in-game version it features Banshee badging inside and out, as well as upholstered seats, carbon trim, and a premium sound system.

We’re not sure what powertrain actually motivates the real-world car, but we do see a “Twin Turbo” decal on the side.
There’s no price tag for the Bravado Banshee, but one lucky person will win the car in a giveaway through Gamestop’s rewards program (details below).

We’ll likely never get a ride in the real-world Bravado Banshee, but we’ll definitely take it for a spin when Grand Theft Auto V releases on September 17. We’d also love to see more of the game’s cars come to life—we’ve always loved the Blista Compact.
Check out the Banshee in the attached gallery, or scroll down form more information in the press release.

Presenting the 2013 GTAV Bravado Banshee
Ever since its debut as the getaway car in the opening moments of Grand Theft Auto III, the Bravado Banshee has been a symbol of the ultimate American sports car. With its aggressive, oversized styling and powerful engine, it became a mainstay as one of the most sought after high-performance rides from coast to coast – from Liberty City all the way to Los Santos…

Significant work went into creating this real world version of the 2013 model featured in Grand Theft Auto V. Utilizing state-of-the-art fabrication technologies, molds for the exterior were cut and machined piece-by-piece for the high performance base vehicle. With these molds each panel was laid out by hand to create an entirely new exterior resulting in a screen accurate reproduction of the Banshee.

Referencing the model and textures of the in-game car, the interior was handcrafted and stitched to capture the look and feel of its detailed cockpit, with seats upholstered and embroidered with the Banshee name and insignia. The dashboard, door panels and center console were reconfigured and finished with carbon inlays. And finally, a multi-speaker premium sound system was installed before giving it the iconic metallic blue exterior complete with ice white racing stripe.

The result is a one-of-kind supercar worthy of representing the Banshee’s heritage and a tribute to some of the deep customization options you’ll find in the Los Santos Customs shops of GTA V, where you can equip and style your vehicles with a wide range of visual and performance-based enhancements.

This month, GameStop is offering the chance to win this one-of-a-kind vehicle as part of the PowerUp Rewards™ Epic Rewards Giveaway™.