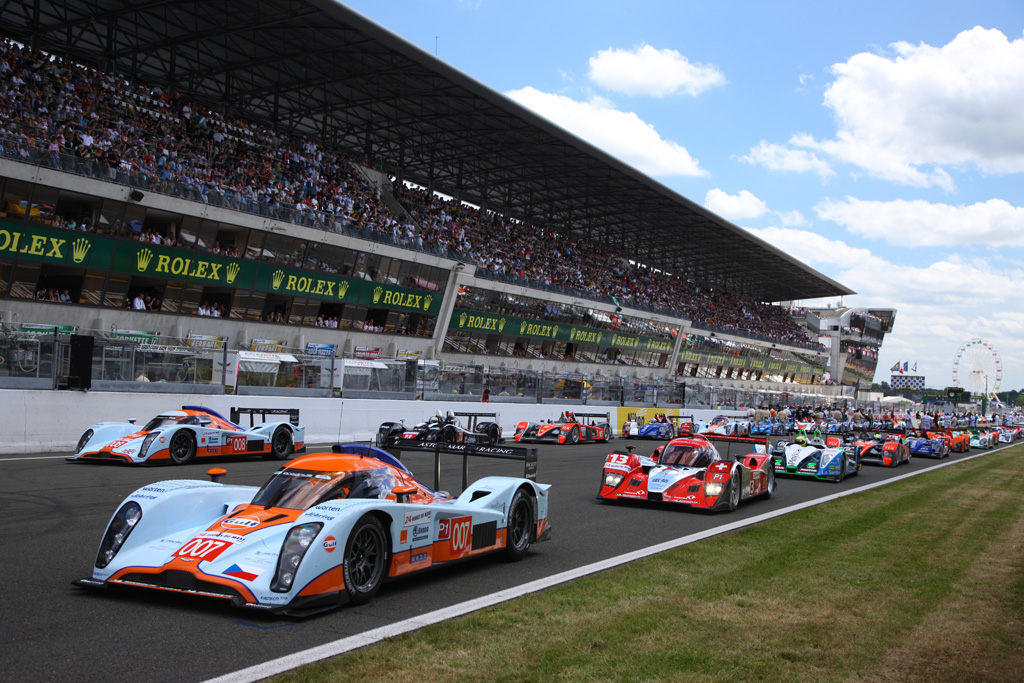 While the rest of the world may have their eyes on South Africa this weekend, if you are a race fan, your bottom should be firmly planted in front of the television for the greatest endurance race of them all. This weekend marks the 78th running of the 24 Hours Of Le Mans.

If you are new to Le Mans, here is a quick primer. The race takes place on the 8.5-mile-long Circuit de la Sarthe, with 56 cars divided into four classes, running at the same time. The four classes are Le Mans Prototype 1 and 2 (LMP1 and LMP2), and Grand Touring 1 and 2 (GT1 and GT2).

LMP1 and 2 are the fastest, most advanced, open- or closed-cockpit cars on the track. Imagine an IndyCar with body work, headlights, and taillights, and you will get an idea of how an LMP car looks. The GT classes may be the easiest for the first-time race fan to watch, as all the cars are production-based and look (vaguely) like the cars you might see every day.

The entry list reads like a who’s who of the racing world; Aston Martin, Audi, and Peugeot compete in LMP1, while BMW, Chevrolet, Ferrari, Ford, Jaguar, Lamborghini, Porsche, Saleen, and Spyker make up the GT cars. LMP1 and LMP2 are also populated with hordes of privateer chassis and engine makers, such as Lola, Judd, Pescarolo, Oreca, Ginetta, and Zytek

If you are in the United States, coverage starts at 8:30 a.m. EST on Speed and continues until 12:30 p.m. Speed TV then goes on a five-and-a-half-hour break, during which time Speed.com picks up coverage. Racing comes back on at 6:00 p.m., and continues through to the end of the race.