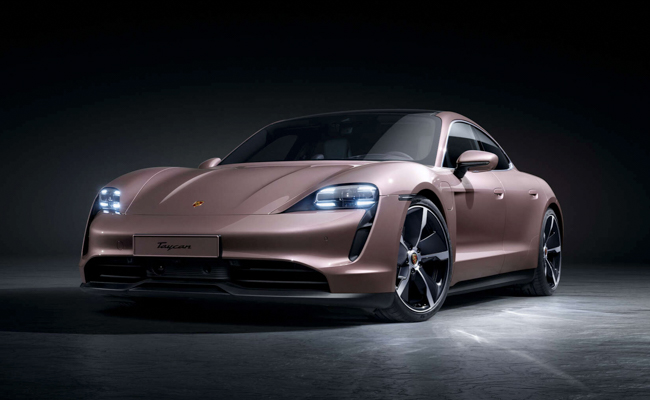 The Winding Road Magazine staff, is, as you might expect, full of Porsche fans. And while that fandom tilts toward the GT3 end of the model spectrum, we are quite aware that the sedans and SUVs have their charms. Our editorial director is also rather smitten with EVs, having owned three Teslas and two BMW EVs. So, we have tended to watch the Porsche Taycan rollout with something like obsessive attention.

Here’s the thing: lovely as the Taycan is (and the design makes most Teslas look amateurish), the price has been, well, too Porsche-like. We have spent too much time on the Porsche configurator and simply haven’t been able to get below about $125k. That changes as of this week. The base price of the new Taycan (no 4, no S, no Turbo) is now $79,900. We just built a Taycan we could live with for $84,160 (previously mandatory options made the base price a tease).

The new Taycan is rear-wheel-drive-only, and has a small-ish battery. It is the lightest Taycan as a result (though still over 4600 lb) and has 402 hp with a quoted 0-60 of 5.1 sec. Porsche isn’t quoting range, but since the 4S model with this battery gets 199 miles of range, we would assume the Taycan will deliver a bit over 200 miles. That isn’t Tesla-level range, or even close, though the jury is still out on whether Tesla has some technological magic or simply allows more of the battery to be used while sacrificing battery health (to maintain range, batteries generally should not be charged over roughly 80% of capacity nor discharged below 20% — note that 60% of 330 miles range is…199 miles). The big Tesla range advantage is the Supercharger network, in any case.

But perhaps the Taycan isn’t really a Tesla competitor. If we squint, we can see this Taycan as a 911 alternative for the roughly 80% of Porsche folks who never track their cars. The Taycan is attractive, it is a Porsche, and is quite fun to drive at real-world speeds. It has a better back seat than a 911 and is now cheaper. Heresy? Maybe, but there are an awful lot of Porsche people driving Cayennes and Macans, and they were said to be heretical too. People seem to like heresy.