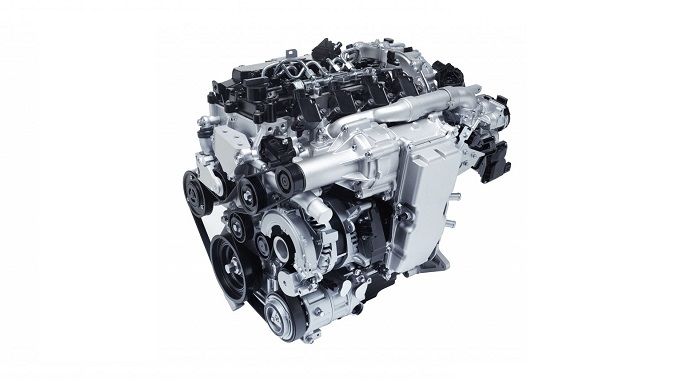 According to a recent article in Forbes, Mazda and Toyota are eyeing a partnership involving Mazda’s radical new SkyActiv-X technology. This technology has nothing to do with prior Mazda nomenclature with an “X” in it, but it is quite fascinating as it’s a high-revving gasoline engine with diesel-like MPGs and great response (read more about it here).

So what are they up to? According to Japan’s automotive magazine BestCar, Toyota will drop these technological masterpieces under the hood of a future 4-door, and next-gen Lexus IS and RC models as a straight-6 engine with hybrid technology. Mazda’s next-generation, high-end-luxury-targeting Mazda6 will receive it first however. There might also be a rival to the new Supra under the Hiroshima brand’s badge on the horizon as well, at least we hope.

They’ve certainly maintained a healthy partnership in the past with the current-generation Mazda Demio (in the US market as the Toyota Yaris). Toyota has also proven its all about strength in partnership with its shared 86 platform with Subaru, and the new Supra sharing its platform with the new BMW Z4.

The future of Mazda and Toyota also includes major Japanese OE supplier Denso, and the reasoning behind all of it is to share R&D costs and strengthen their commitment to fuel efficiency.

Who else is excited to see what unfolds?

2023 Mercedes-AMG S63 E PERFORMANCE: The Most Powerful S-Class Ever

Meet the new Mercedes-AMG S63, a hybrid land-yacht making 791hp thanks to F1 technology.  That’s right, seven hundred ninety-one horse power, making it the most powerful S-Class ever made.