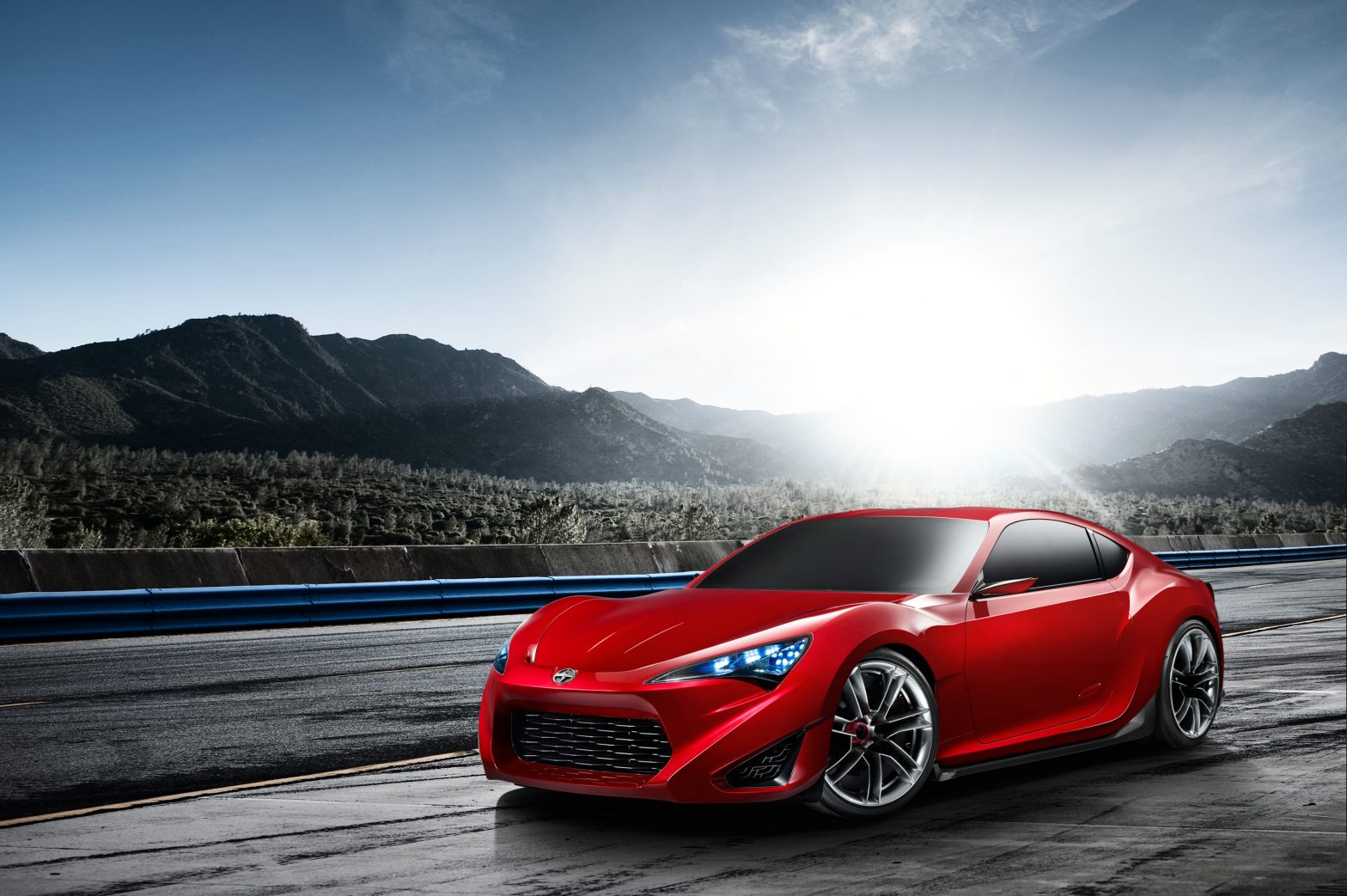 Scion has revealed its version of the rear-wheel-drive, boxer-powered sports coupe. Called the FR-S (which stands for Front-engine, Rear-wheel drive, Sport), the attractive concept is inspired by Toyota’s iconic AE86 Corolla.

The 2.0-liter flat four is naturally aspirated, and features Toyota’s DS-4 injection system, which uses both direct and port injection. It can be paired with either a six-speed manual transmission, or six-speed auto with steering-wheel-mounted paddle shifters.

The FR-S concept is, in part, a study of balance, with a short wheelbase, low center of gravity, and light weight. These elements translate into balanced driving dynamics, as Scion promises good handling and maneuverability.

According to Scion, next year will see a production model inspired by the FR-S sports coupe concept. Frankly, we can’t wait.

More details are available in Scion’s press release, below.

April 20, 2011 – New York – Scion unveiled the rear-wheel drive FR-S Concept sports coupe today at the 2011 New York International Auto Show. The concept, which sets out to stimulate the souls of true driving enthusiasts, will be at the Scion display through May 1. The FR-S Concept will inspire a new model coming to the Scion brand next year.

“Scion is always experimenting with new things,” said Jack Hollis, Scion vice president. “The brand is iconic with the xB, adrenalized by the tC, and groundbreaking with the iQ. The FR-S will expand the brand into yet another new dimension that I know it is truly destined for.”

The FR-S is a true “scion,” born into a lengthy history of Toyota performance cars and motorsports. The sports coupe is most inspired by the AE86 generation of the Corolla, better known as the Hachi-Roku, meaning “8-6” in Japanese. The front-engine, rear-wheel drive coupe was lightweight and well balanced, making it a solid choice for driving enthusiasts.

Inspired by the AE86, the FR-S is built around the core goal of achieving “pure balance,” which begins with the strategic placement of a flat 2.0-liter boxer engine in a front-engine, rear-wheel drive configuration. The engine’s compact size and shape allows the FR-S’ powertrain to be mounted lower and further back towards the rear, giving the car a lower center of gravity and a dynamically favorable front-to-rear weight ratio.

The FR-S’ naturally-aspirated engine is innovative, being the first boxer to incorporate Toyota’s D4-S injection system, which utilizes both direct and port injection, resulting in increased horsepower and torque throughout the entire powerband, without sacrificing MPG.

The flat-four can mate with either a six-speed manual or a six-speed automatic transmission. The manual offers quick and precise shifts with a short-throw, while the automatic transmission features aggressive, sporty shifts that are initiated by steering-wheel-mounted paddle shifters. Power is distributed effectively via a limited-slip differential.

The idea of “pure balance” is further realized by the FR-S’ lightweight design and short wheelbase. The combination allows the car to be quick and nimble into and out of any corner, with dynamic maneuverability and confident stability.

“Akio Toyoda has mentioned that he is going to bring the fun-to-drive spirit back to Toyota,” Hollis said. “I know that the Scion FR-S Concept is one of the ways that he plans to accomplish that.”

The fierce exterior of the FR-S is a good reflection of its inner power. The intimidating proportions of the concept give it a dominant stance that bleeds performance. The profile, inspired by the Toyota 2000GT, reveals a hood-line that is remarkably sleek and low, made possible by the boxer’s architecture.

The low stance continues to exaggerate the FR-S’ menacing face, which is made up of sharp lines, a wide mouth and angular headlights that include bright LED clusters.

The solid panel roofline is sleek, lightweight and rigid, slotted with an aerodynamic shape that channels air cleanly over to the top.

The rear fascia sits low and wide, with extensive lower treatments that surround the dual exhaust exits and contribute to excellent aerodynamics. LEDs illuminate both the edgy taillights and the bold “SCION” logo.

The concept features four-piston-caliper front brakes that clamp down on monstrous 18-inch annular carbon ceramic matrix rotors that are fixed to the wheels in a motorcycle-fashion.

The FR-S Concept is layered in rich coats of Code Red, the appropriately named color that consists of a custom blend of candy and a developmental additive from BASF called Mearlite SSQ.