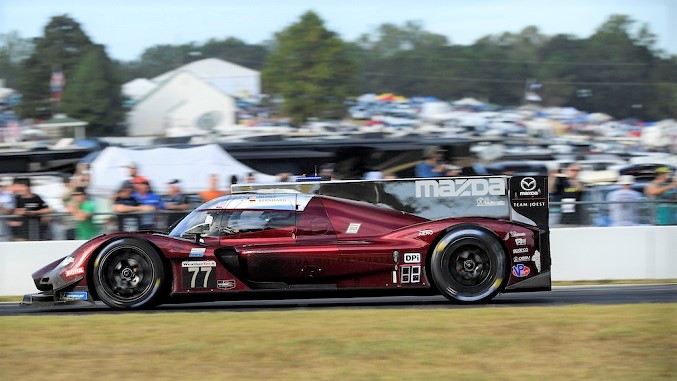 Nelson Cosgrove has been named the new head of Mazda Motorsports North America. Being a life-long enthusiast and possessing a solid motorsports-heavy CV, we’re sure Nelson will carry the torch from John Doonan and do an excellent job at the helm of the brand’s comprehensive motorsports program!

A lifelong motorsports fan, who initially was introduced to motorsports in his teens by watching Forumla 1 on Canadian TV from his living room in Buffalo, NY, Cosgrove continued following his passion into college where he built a race car as part of the Michigan State University Formula SAE program. From there, his motorsports career took off with positions at Ford, Penske, Joe Gibbs Racing and most recently at Toyota Racing Development.

Cosgrove will be responsible for the operational side of Mazda’s racing activities in North America. This includes the highly successful Mazda Team Joest in the IMSA WeatherTech Sportscar Championship, the recently announced Mazda3 TCR project in the IMSA Michelin Pilot Challenge and the Battery Tender Global Mazda MX-5 Cup. Another key component will be spearheading Mazda Motorsports’ strong grassroots initiatives as Mazda is the most-raced brand in America with 55% production car market share in the SCCA.

“I’m honored and excited to start this new role with Mazda,” said Cosgrove. “Mazda has a storied history in motorsports and a strong presence with IMSA, MX-5 Cup and grassroots programs. The brand had a lot of success in 2019, highlighted by the Mazda Team Joest three-race win streak, and I’m very much looking forward to beginning my work with the Mazda Motorsports team and preparing for the 2020 racing season.”

“We are committed to continuing to build upon Mazda’s position in North American motorsports,” said Moro. “Nelson is the right person to steer Mazda Motorsports, as he brings a tremendous amount of engineering and motorsports experience that will enhance the work being done by the Mazda Motorsports team, as well as all of the technical partners across all our programs.

Mazda Motorsports boasts the most comprehensive auto racing development ladder system of any auto manufacturer in the world. The Mazda Road to 24 (#MRT24) program offers a number of scholarships to advance drivers up the sports car racing ladder, beginning with the Global MX-5 Cup series and culminating with Mazda Team Joest. In grassroots road racing, more Mazdas race on any given weekend in North America than any other manufacturer.