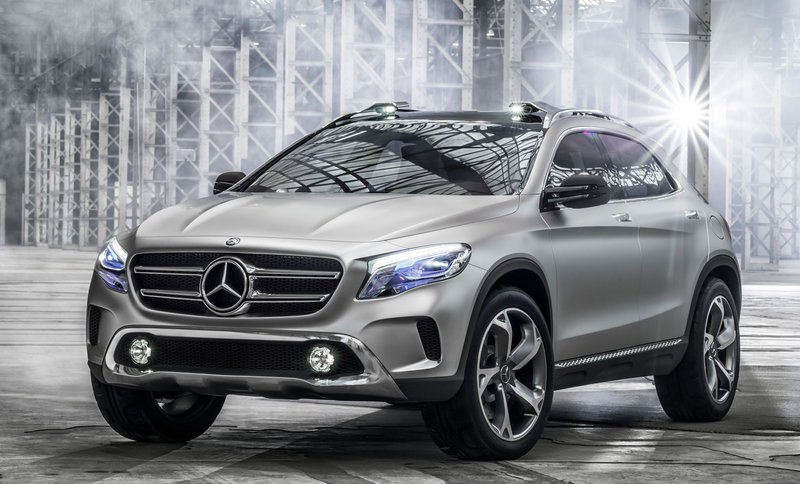 This is the Mercedes-Benz GLA Concept, and yes, it’s going to end up being another small, urban crossover. Think Land Rover Range Rover Evoque with a three-pointed star on the nose. The images, uncovered by Carscoop, detail a small vehicle, less than 16 feet long and barely over five feet tall. The meaty, 20-inch wheels identify the GLA as a soft-road, although the rest of the body work tries awfully hard to give this cute ute a rough-and-ready look. We’re quite partial to the lower grille, with its twin auxiliary lamps and the underbody guard.
The GLA is the third variant of the platform that underpins the A-Class hatch and the CLA-Class sedan. Connecting the dots, that means a production GLA, which may appear later this year, will feature the same powertrains as the A-Class and CLA, which means a range of turbocharged four-cylinder gas and diesel engines, with a high-powered AMG being a possibility. Shifting things along should be a seven-speed, dual-clutch transmission.
We’ll get the complete details on the GLA Concept when it debuts in Shanghai, later this week.

Video: The Fastest Way Around Paris