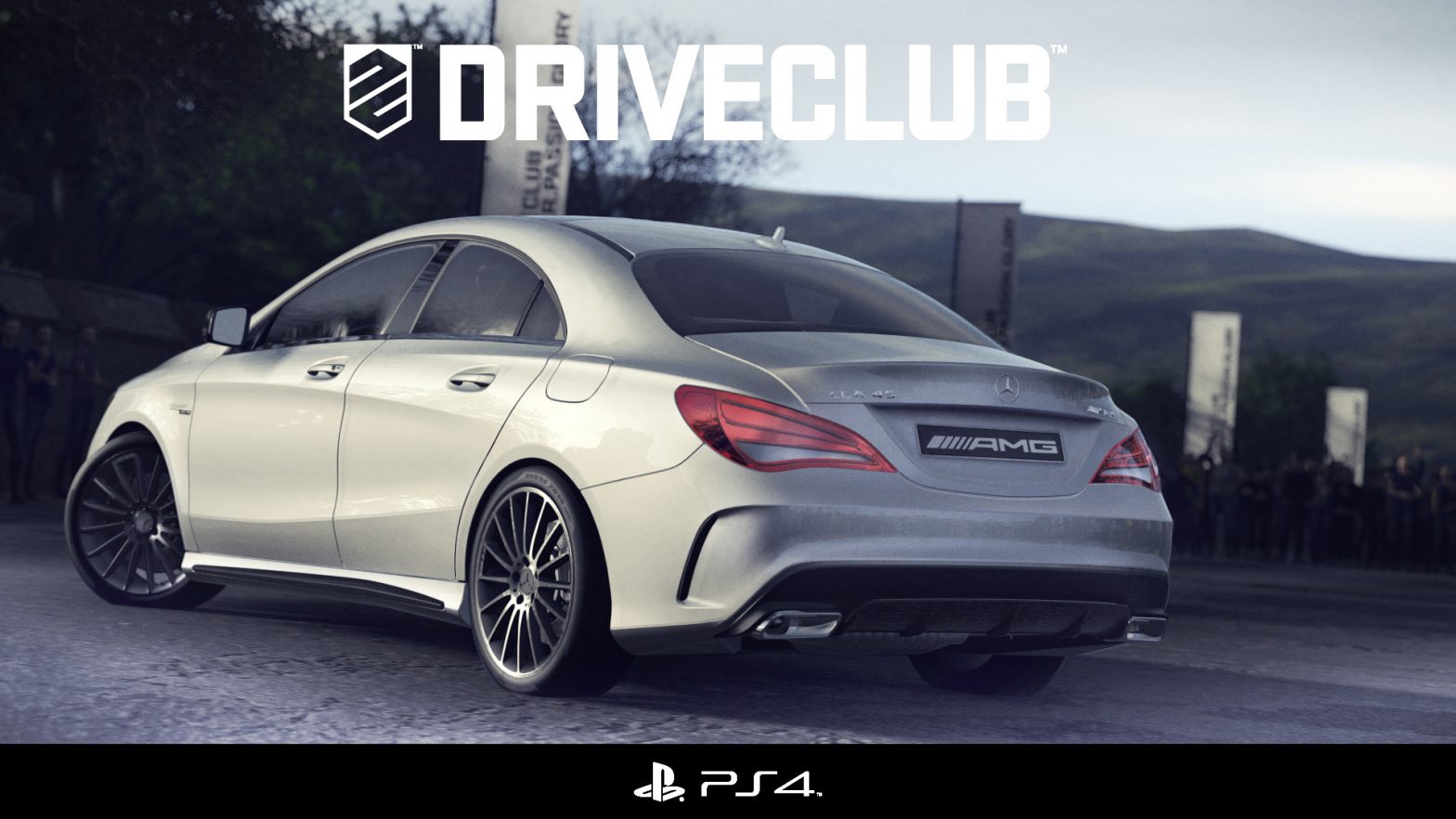 With the announcement of Driveclub for Playstation 4 comes some other interesting morsels of information and entertainment. For instance, Mercedes-Benz has said that the game will include the CLA45 AMG, based on the new compact CLA-Class, and gives us an early glimpse of the car in the picture we see here.
The CLA45 AMG will feature a 2.0-liter, four-cylinder turbocharged AMG motor producing a whole 360 horsepower and 332 pound-feet of torque. Its official debut will be at the New York Auto Show.
We can’t wait to drive, both on real-world roads and the high-definition tracks of Driveclub.
The game will also feature the A45 AMG, which is slated to debut in Geneva. So, even though we can’t drive it here in the US, we’ll get it in our virtual garage when the PS4 finally launches.
More details are available in the press release from Mercedes-Benz below, or see our previous post for more about Driveclub.
Mercedes-Benz CLA 45 AMG and A 45 AMG in New Driveclub™ Racing Game
Sony Computer Entertainment Inc. presents Driveclub for the newly announced Playstation 4
February 21, 2013 – Stuttgart/New York
Sony Computer Entertainment Inc. (SCEI) presented in New York yesterday, Driveclub, a brand new racing franchise developed exclusively for Playstation 4 by Evolution Studios. The car line-up in this pioneering game, which conveys the heart and soul of motor racing and the passion it inspires better than previous games, includes several exceptional sports cars from Mercedes-Benz including the new CLA 45 AMG and the new A 45 AMG. Both of these high-performance vehicles from AMG will be celebrating their real-world premiere in March 2013. Driveclub and the new Playstation 4 console will be launching this holiday season.
Playstation 4 is SCEI’s next generation computer entertainment system that redefines rich and immersive gameplay with powerful graphics and speed, intelligent personalisation, deeply integrated social capabilities, and innovative second-screen features. Driveclub fits perfectly into the lifestyle of the next generation of PlayStation gamers: an exhilarating, visceral and highly socially connected racing experience that showcases the immense capabilities of Playstation 4. Driveclub is a networked game to be played in real clubs, encouraging players to team up and to collaborate and compete with one another while experiencing the thrill of driving the best cars in the world, on the best roads in the world. The audiovisual quality of the cars and the tracks is staggering, and the view from the cockpit is absolutely true to life, immersing the player in every race and recreating the power and the drama that they would feel if they were actually sitting in the driver’s seat. In addition to the CLA 45 AMG and the A 45 AMG, more vehicles with the three-pointed star will join Driveclub.
Firing up the world’s most powerful four-cylinder production engine
In March, the A 45 AMG will be presented at the Geneva auto show. With this new family member Mercedes-AMG will for the first time be offering a high-performance vehicle in the compact class segment. The AMG version of the new four-door Coupé, the CLA, is celebrating its world premiere in New York. With a peak output of 265 kW (360 hp) and a maximum torque of 450 newton metres, the turbocharged AMG 2.0-litre four-cylinder engine is the world’s most powerful four-cylinder power unit in series production. The power density of 133 kW (181 hp) surpasses even that of the most powerful super sports cars. At the same time, these engines excel with outstanding efficiency, while also meeting the EU6 emissions standard. The A 45 AMG and the CLA 45 AMG are equipped as standard with the fully variable, performance-oriented AMG 4MATIC all-wheel-drive system.
About Mercedes-Benz USA
Mercedes-Benz USA (MBUSA), headquartered in Montvale, New Jersey, is responsible for the distribution, marketing and customer service for all Mercedes-Benz products in the United States. MBUSA offers drivers the most diverse line-up in the luxury segment with 14 model lines ranging from the sporty C-Class to the flagship S-Class sedans and the SLS AMG supercar.
Tags:
car line-upcla45 amgGenevaMercedes-Benz USANew Yorkplayerplaystation 4ps4Sony Computer Entertainment Inc.StuttgartUnited States