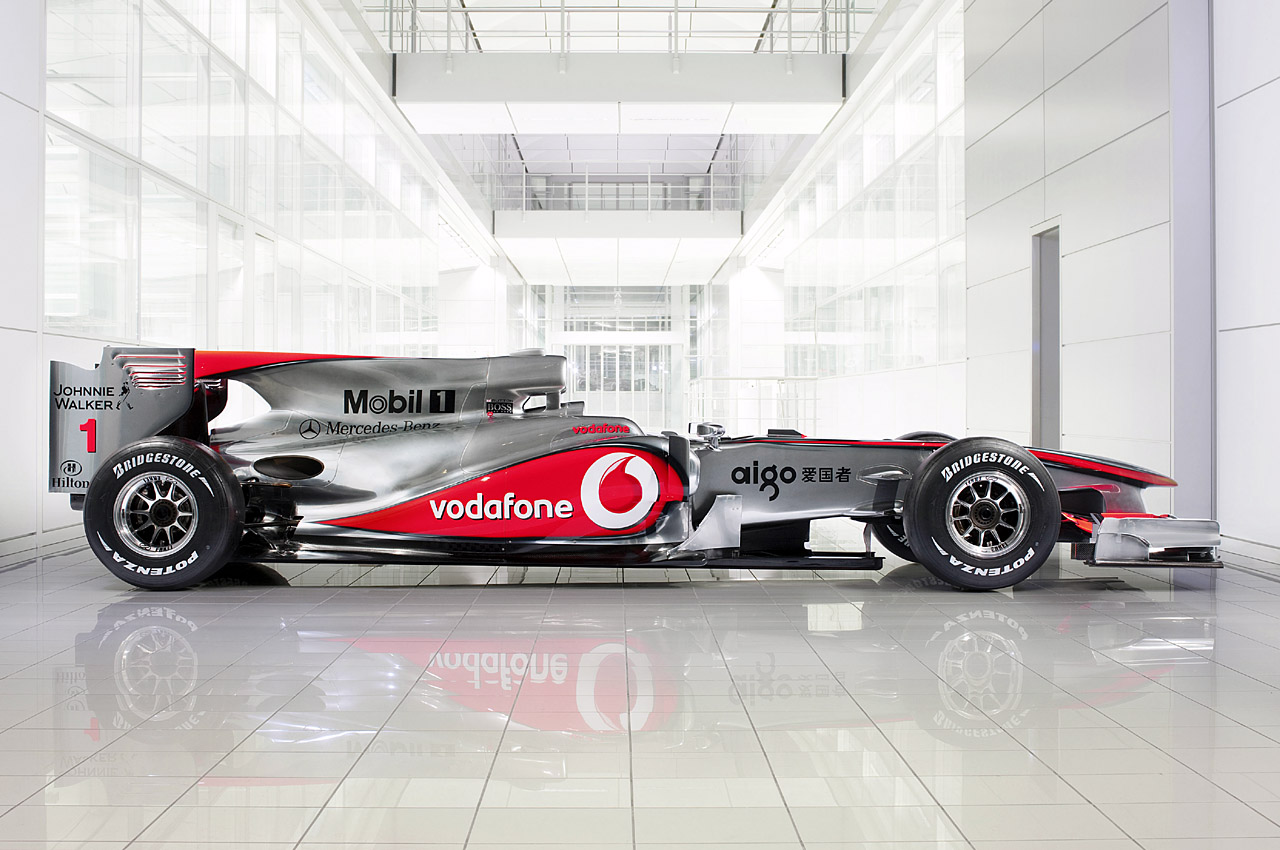 In 2009, McLaren took third place in the Formula 1 World Champion with its MP4-24 race car, only shadowed by Brawn GP and Red Bull Racing. But now, for the 2010 season, the team has a really superb driver lineup (Lewis Hamilton and Jenson Button), and an all-new MP4-25 race car to set out on the track.

Power once again comes from a Mercedes-Benz-sourced V-8, and McLaren says that the 25 features "a radical aerodynamic overhaul," along with a much larger fuel tank than the previous car. McLaren is pretty confident that the MP4-25 will perform to its full expectations, but we’ll have to wait and see for ourselves.

Scroll down to read the official press release, and click through our attached gallery to see larger photos of the MP4-25.

Unveiled at Vodafone UK’s stunning headquarters in Newbury, the 2010 car looks noticeably different from last year’s race-winning MP4-24. MP4-25 features a radical aerodynamic overhaul and a significantly larger fuel tank to take full advantage of this year’s new regulations, and its design team is confident it has explored every possible avenue to maximise the car’s performance.

Horsepower once again comes from our friends in Stuttgart. Mercedes-Benz’s FO 108X V8 subtly improves upon an engine which has become the benchmark in Formula 1, winning the last two drivers’ world championships.

The team kicks off its 2010 campaign with a stunning driver pairing: 2009 world champion Jenson Button and 2008 title winner Lewis Hamilton. It is the first time since 1989 – when it ran Alain Prost and Ayrton Senna – that the team has fielded a joint-world champion driver line-up, and marks the first time in Formula 1 history that the sport’s two most recent world champions have been partnered together.