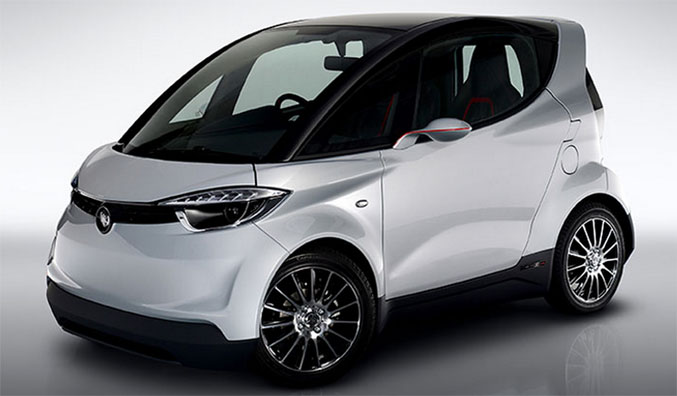 Built in a joint effort between Yamaha and supercar designer Gordon Murray, this all-electric urban runabout is the first to utilize the "iStream" production process, which could revolutionize car building.

Generating 34hp and a stump-pulling 660lb-ft of torque with a range of about 100 miles, this Smart ForTwo-esque city car uses elements of F1, motorcycle and "extra-automotive technology" in its build process which, according to Murray, could reduce the size of a regular car production plant by up to 80%.
Ditching the production line technique that’s been the standard of the industry since Henry Ford employed the design in his factories in the early 20th century, the Motiv instead utilizes iStream, an F1-style production method that’s been in development for 15 years and focuses on a more methodical pre-packaged construction.
Instead of using robots to weld a vehicle together, components are affixed to pre-painted panels which are then bonded together, much the way F1 race cars are constructed. Not only does this method reduce weight, it enhances stiffness and safety as well. Of course, all of these elements show promise in terms of driving dynamics and performance.
Yamaha is currently evaluating the feasibly of this method in a large volume environment, but if Motiv and the iStream construction process get the thumbs up from the Japanese manufacture, production of the Motiv could begin as early as 2016.
Tags:
car buildingGordon MurrayistreammotivsmartYamaha