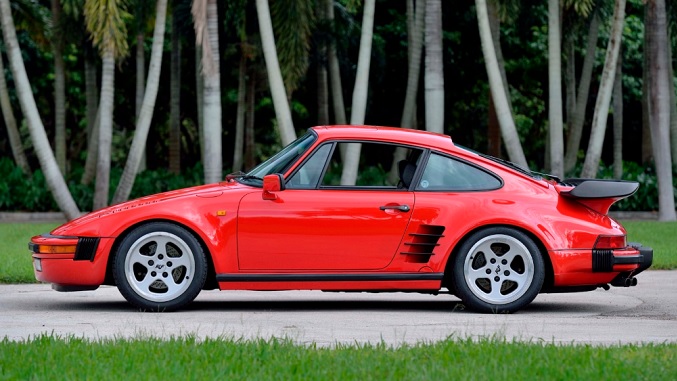 Quite a few enthusiast favorites crossed the auction block this past weekend at Mecum in Kissimmee, Florida. Some a tad more eclectic than others, and some even broke records. One lot in particular that piqued our interest was a car thats very near and dear to our hearts: a 1988 Ruf BTR. For those unfamiliar with the history of Ruf and its status as a Porsche tuning legend, this video sums it up with a bit of gusto. But those well in the know, know that this one is quite special.

This body-in-white 930 911 is #001 of just 25, and its slant-nose front end definitely adds to its rarity. Powered by a turbo 3.4-liter flat-six pumping out around 370 horsepower and weighing slightly more than an NC Miata in its lightest trim, the BTR hits 60 MPH in just over 4.5 seconds and has the legs to reach a top speed of 186 MPH, with a 0-124 MPH time of an insane-for-the-late-‘80s 15.5 seconds. It also has in-cockpit adjustable boost pressure (German word of the day: Ladedruck)!

Possessing all this power in a factory 80’s slant-nose body isn’t the only reason why this Ruf is so special. Considering its body is so pristine at only 7,000 miles, with all the factory suspension, brake, and wheel modifications one could ask for in a streetable aircooled monster, assembled by hand in Ruf’s Pfaffenhausen facility in Bavaria, one can see why this is such a special lot worth of its $400,000 – $500,000 estimate.

Though, a bit of text on the photo in the top-right on the page reveals the fate this mighty 911 met: the bid goes on. Looks like it’s still available to the very lucky and well-heeled. Until we win the lottery, we’ll keep salivating over BTR cold-start videos on YouTube.

The Saleen S1 Racecar Looks Like An Absolute Blast To Drive