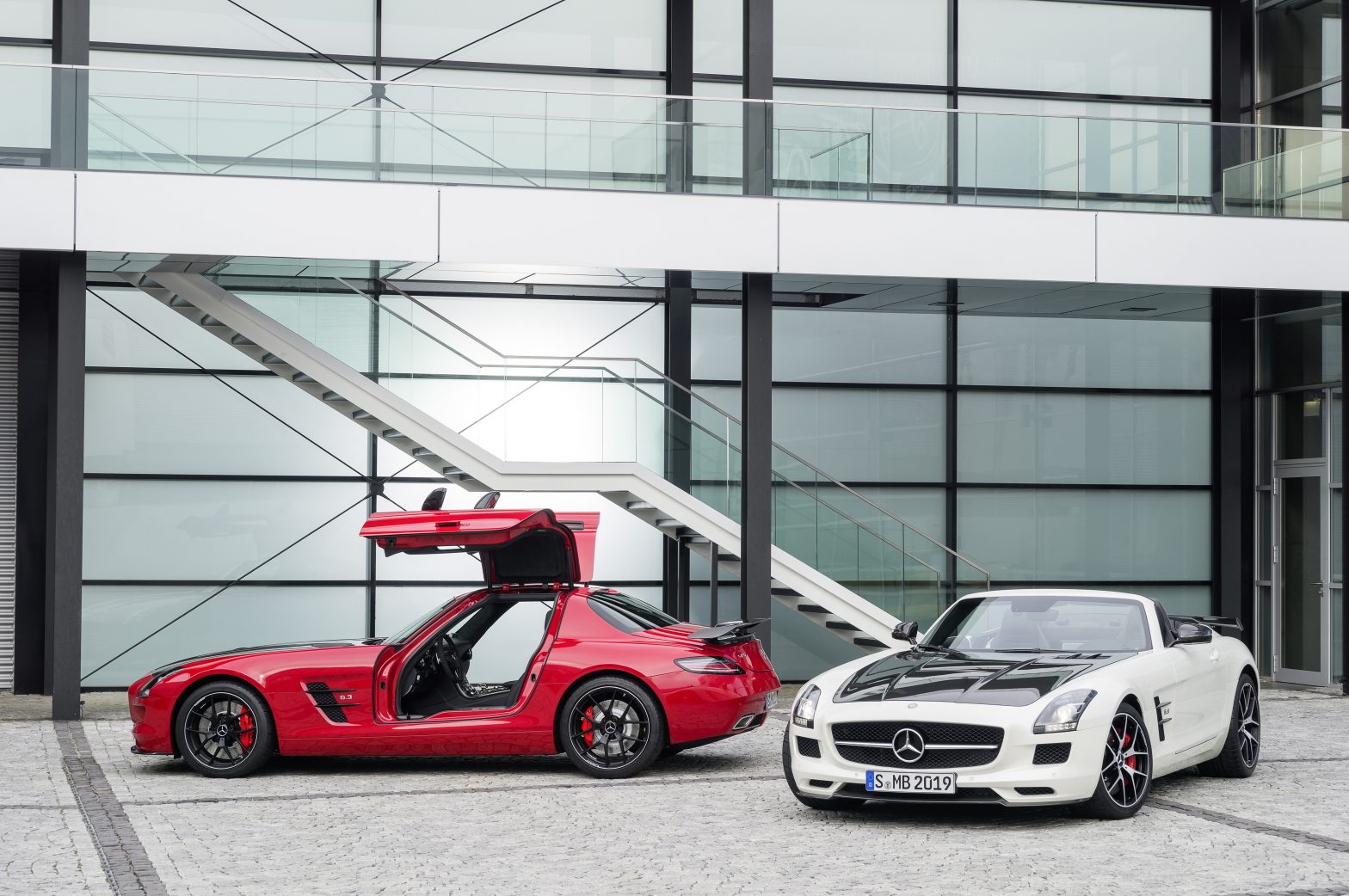 After announcing it would be arriving, Mercedes-Benz is debuting the SLS AMG GT Final Edition at the LA and Tokyo auto shows. Limited to just 350 units, this will be the last chance to buy an SLS AMG GT. It will be offered in both gullwing and roadster form.
Powered by a 6.3-liter front-mid V-8 engine, the Final Edition offers 583 horsepower and 479 pound-feet of torque. Power is put to the wheels via a seven-speed dual-clutch sports transmission, with four shift programs, race start, and an automatic double-declutching function. The car does 0-60 miles per hour in just 3.6 seconds, and can do 0-124 in 11.2 seconds before climbing to its electronically limited top speed of 197 miles per hour.

The interior is upholstered in diamond-stitched Designo leather, with a leather dashboard featuring an Alcantara strip. The AMG steering wheel has a silver 12 o’clock marking and black metal inserts. Carbon fiber trim accents the interior and adds to the overall sense of quality and sportiness. On the carbon fiber center console is a badge commemorating the exclusivity of the SLS AMG GT Final Edition, which says "AMG FINAL EDITION – 1 of 350"
Explore the Mercedes-Benz SLS AMG GT Final edition a bit more in the attached photo gallery, of scroll down for more details in the official press release.