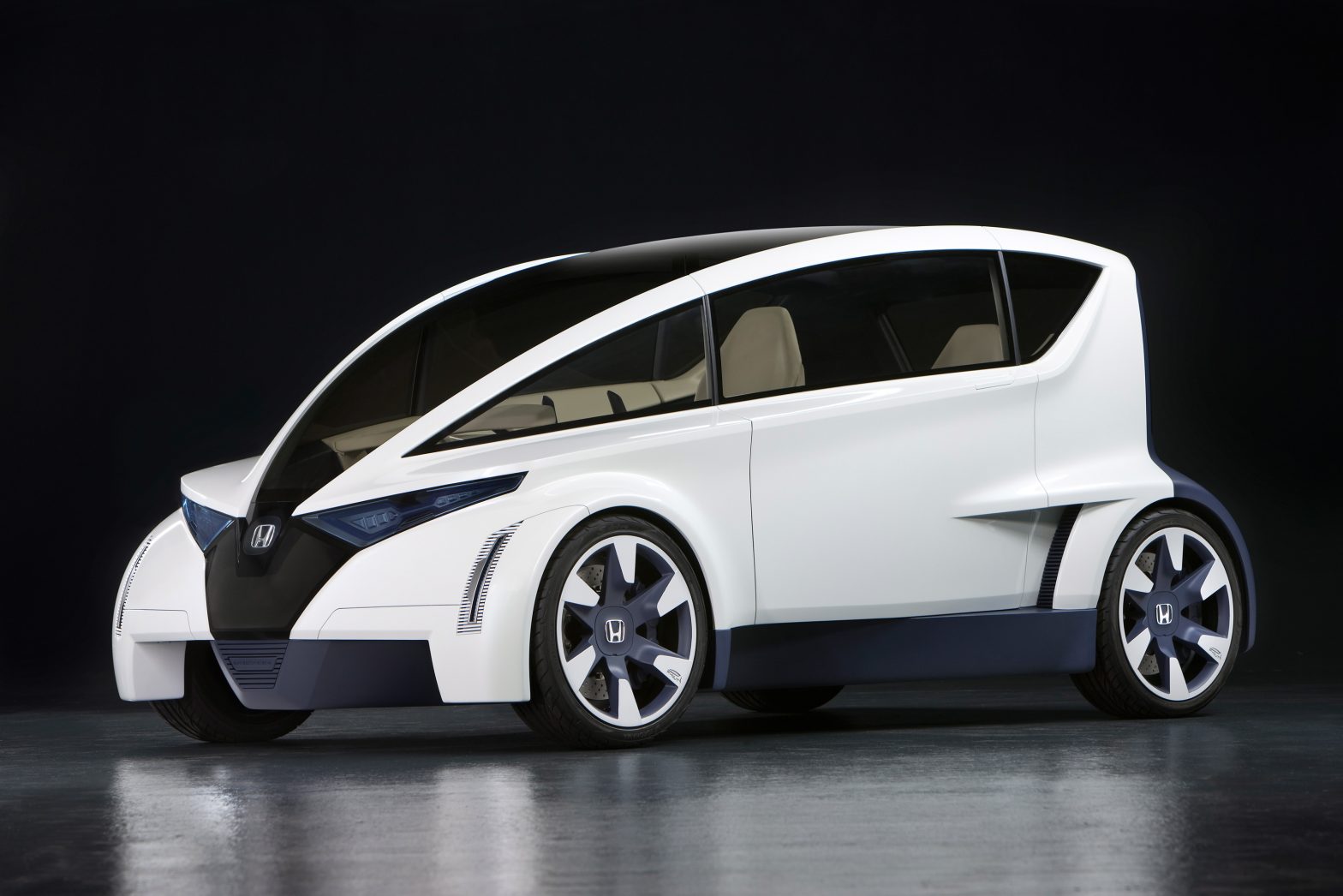 File this one under the "weird = cool" category. Honda’s Personal-Neo Urban Transport (P-NUT) concept is nothing short of futuristic, and shows what possibilities are in store for city cars moving forward. The weird angles and funky shape are the work of Honda’s Los Angeles design crew.

The P-NUT concept incorporates the ideas of having maximum interior space in a small, urban package. A center-oriented driving position is set forward with the windshield serving as space for the navigation system and rear-view camera. The engine? That’s in the rear, baby. And according to Honda, the P-NUT can be mated to either a standard internal-combustion, engine, as well as a hybrid-electric or battery-electric powertrain.

As with most concepts, there’s about a 99.9 percent chance that a production version of the P-NUT will never see the light of day, but we like what Honda has done in terms of efficiently maximizing the space and utility of urban/city cars. Scroll down to read the official press release, and be sure to browse through our gallery to see the concept from all angles.

Conceived around a small "footprint" for maximum convenience in tight urban settings, the packaging concept integrates a center driving position configuration and a rear powertrain layout. The exterior styling leverages crisp angles with dynamic flowing lines that originate from the front of the vehicle and span outward toward the rear. The end result is a sleek and aggressive exterior that also allows for a spacious and open interior with excellent visibility.

"A new generation is discovering the benefits of living in urban centers that provide convenient access to business, entertainment and social opportunities," said Dave Marek, director of advanced design for Honda R&D Americas, Inc. "The Personal-Neo Urban Transport concept explores the packaging and design potential for a vehicle conceived exclusively around the city lifestyle."

The exterior styling is intended to capture a future direction for premium sophistication while balancing the need for maximum interior space and an aerodynamic appearance. The interior layout, in conjunction with the rear powertrain design, contributes prominently to the exterior’s overall shape.

The layout of the interior space, with its center driving position flanked by two rear seats, provides generous legroom for all occupants, roughly the equivalent of a mid-sized sedan in a vehicle that has an exterior footprint similar to a micro car. Interior functionality is increased by rear seating areas that fold up and out of the way to increase storage capacity. The windshield serves as a heads-up display for the navigation system and the back-up camera.

The modular rear engine bay, depicted on the exterior by blue composite material, is designed to accommodate a wide variety of potential propulsion technologies including a conventional small displacement internal combustion engine, a hybrid gasoline-electric powertrain, or a battery-electric powertrain.

"The objective of the exterior and interior designers was to explore the potential for a new type of small-segment-category vehicle that overcomes many of the objections for existing micro-car designs," said Marek. "While the Honda P-NUT concept introduces function-oriented concepts, it also shows that small cars don’t have to compromise on style or amenities."

The Advanced Design Studio of Honda R&D Americas, Inc. in Los Angeles developed the P-NUT design study model. Honda R&D Americas began its operations in California in 1975 with local market research activities and has steadily grown its capabilities over the past 33 years to include all aspects of new vehicle research, design and development. Recent Honda-brand efforts include trend-setting products such as the Pilot, Ridgeline, Element, Civic Coupe and Civic Si Coupe.