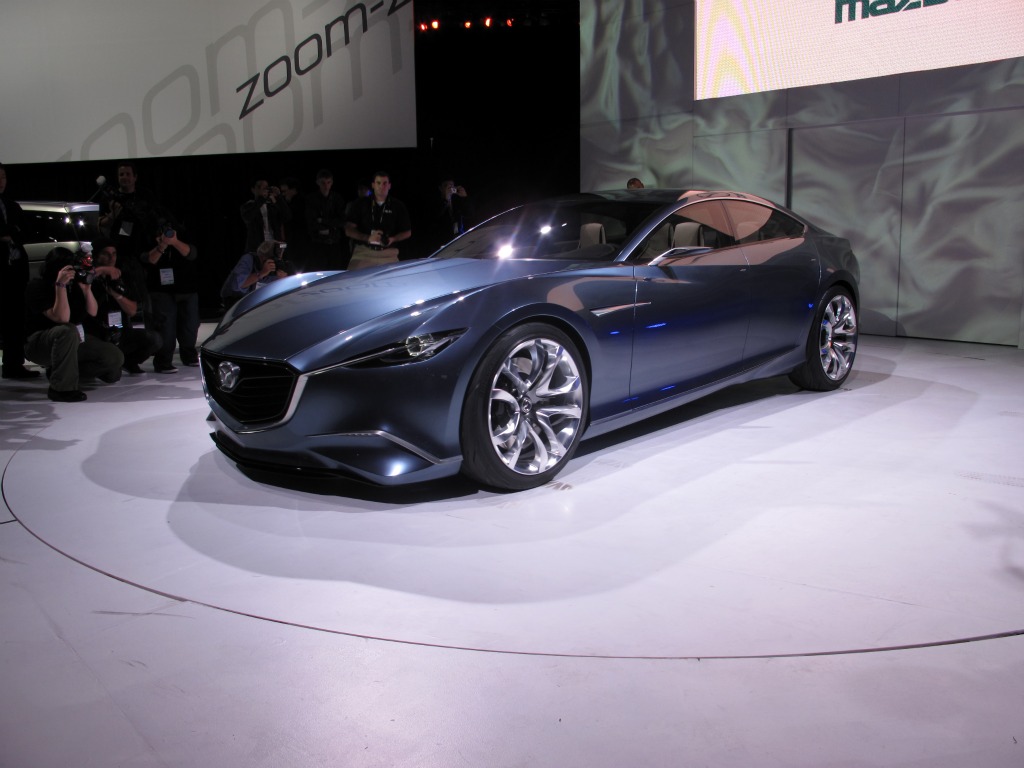 Mazda has just unveiled the striking Shinari concept car. Featuring Mazda’s KODO design language, the Shinari is a four-door coupe in the mold of the Aston Martin Rapide and Mercedes-Benz CLS. A low riding car, with a classic long hood and short rear deck, the Shinari is a pure concept to illustrate Mazda’s future design direction.