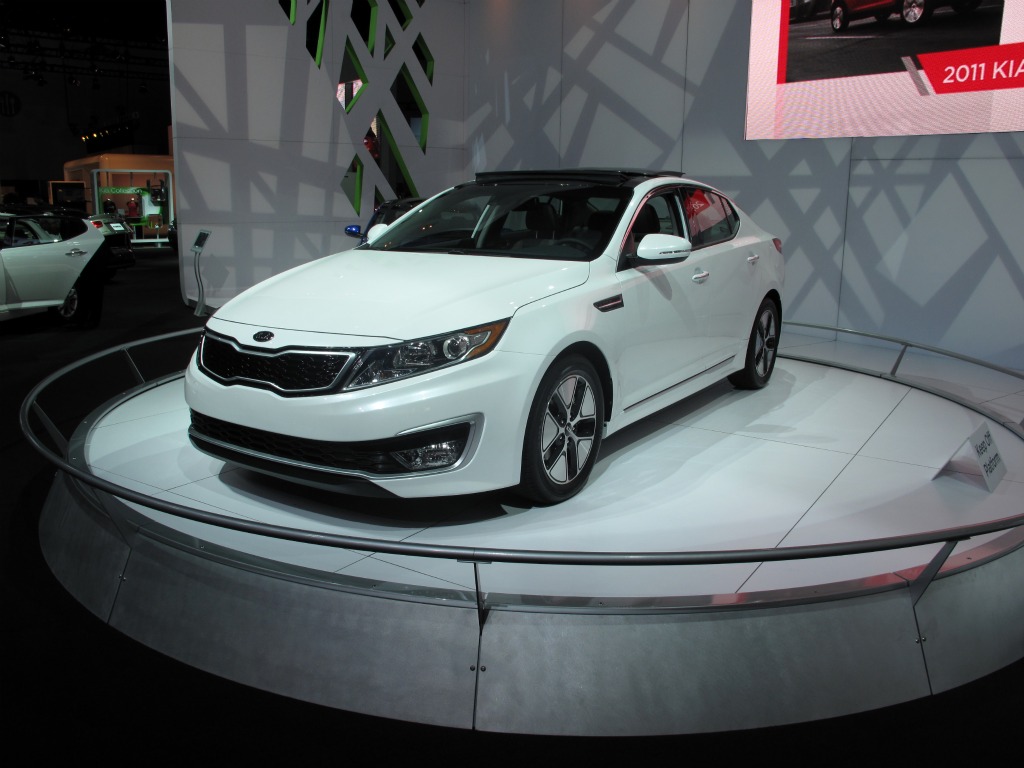 Kia has unveiled the manufacturers first hybrid vehicle, the new Optima Hybrid. The green Optima is motivated by a 2.4-liter four-cylinder and a forty-horsepower electric motor. When working together, the gas and electric engines generate a total of 206 horsepower.