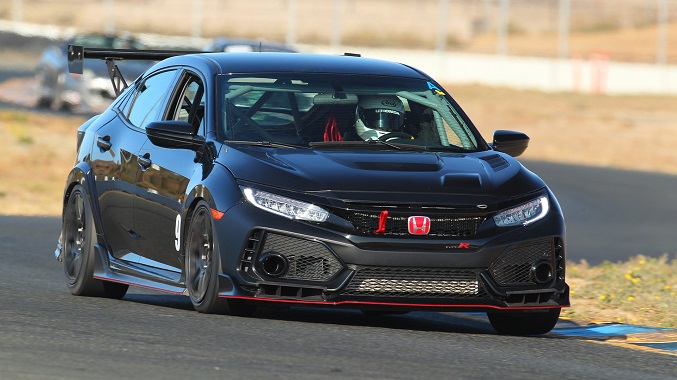 Proving their deep commitment to touring car racing, Honda recently announced a new turn-key version of their Civic Type R to compete in the SRO TC America TC class. For the past few years they’ve had a strong showing in both TCA and TCR, with the former based on the Civic Si coupe and the latter being molded from the 5-door Civic Type R.

Developed and tested by Honda’s HPD division in Santa Clarita, California, the Type R TC is finished by Gradient Racing in Austin, TX, and is available to HPD members with racing licenses starting at $89,900; not bad for a body-in-white Civic hatchback that’s a racecar from the ground-up. It isn’t just a de-tuned/de-modified TCR car, either, and is eligible to compete in various SCCA and NASA classes as well.

Regarding the parts that set it, apart, from its siblings in other classes:

L.A. Honda World is the first team to announce its campaigning of the car in TC after a lot of success last year in Michelin Pilot Challenge TCR with Tom O’Gorman, Shelby Blackstock, Mike Lamarra, and Matt Pombo behind the wheel.

A great benefit for utilizing such a versatile FWD chassis is the ladder system it creates to cater to racers’ varying aspirations and budgets all over the world. One could theoretically cut their teeth in TCA, gain experience, podiums, and partnerships, and work their way up to TCR where there are tons of opportunities to race world-wide.

We look forward to seeing them in grid in March!

The Perfect Accompaniment To This Weekend: 2019 Rolex 24 At Daytona