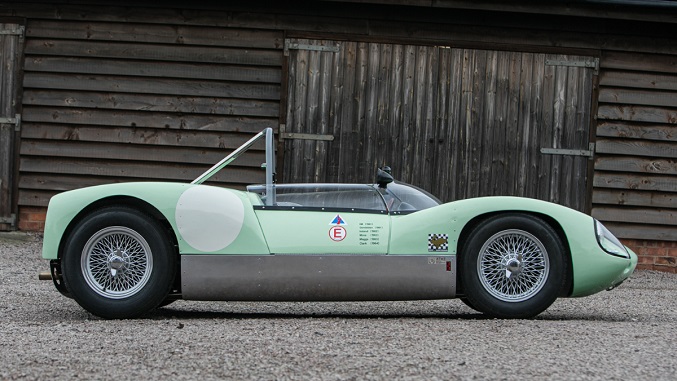 One of the most significant Lotus 19s is set to take the classic car world by storm when it goes under the hammer at Silverstone Auctions Race Retro Sale on the 22nd and 23rd February at Stoneleigh Park.

Raced by some of the most famous British racing drivers Chassis 953 comes onto the open market for the first time in 57 years having undergone significant restoration and owned by Lotus enthusiasts and collectors along the way.

The Lotus 19, designed by the great Colin Chapman, is one of the favorite two-seater open sports race cars fitted with the 2.5-liter Coventry-Climax engine. This car was known as the giant killer, taking on the larger and more powerful V8s of the time. Chapman nicknamed the car Monte Carlo after Sir Stirling Moss’ victory at Monaco in 1960.

Sir Stirling Moss played an integral part in the development of the 19, as he undertook most of the testing in 1960 and then drove it to victory on its debut at Karlskoga in Sweden. 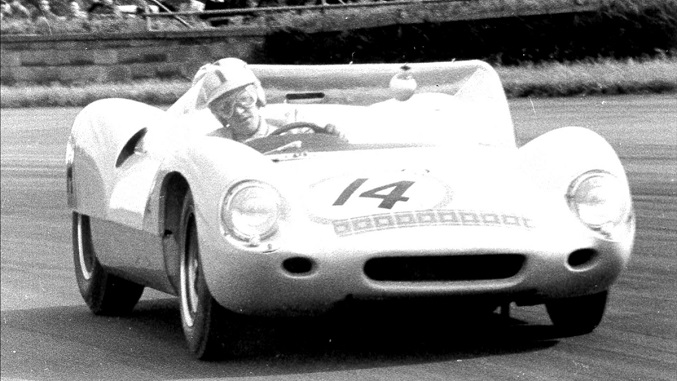 Moss wasn’t the only top British driver to race this particular car. Other drivers included Innes Ireland and Graham Hill who won six of the seven races in 1962 and came second in the other. Hill also managed to lap Snetteron in chassis 953 for the first time in a sports racer at an average speed of 100mph.

Chassis 953 wasn’t just successful in Europe. It also ventured to America and Canada where Maston Gregory won the Players 200 at Mosport in 1962.

In 1963 Chassis 953 returned to Goodwood for the Easter Meeting one of the highlights of the sporting calendar where Innes Ireland went on to take 3rd in the Lavant Cup. It was at this meeting that Sir Stirling Moss chose to test the car after his major accident in the same race the previous year. Having tested the car Moss chose to retire and this makes this Lotus 19 the last car driven by Moss as a professional racing driver.

Other drivers that raced and were successful with this car were the underrated Olivier Gendebien, four time Le Mans winner and Sebring 12 Hours and Nürburgring 1000km winner, who achieved class wins in 1961 at Laguna Seca and Riverside. 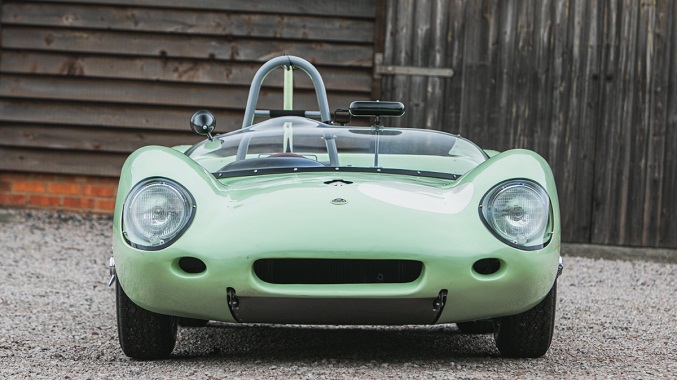 Innes Ireland was the last of the British greats to race this car with South African Tony Maggs taking 4th in the Guards Trophy at Brands Hatch in 1963 before the car was put up for sale in Autosport as “probably the most successful sports car seen in the past few seasons.”

It was bought by Mike Pendleton and raced for the remainder of the 1963 season when in 1964 George Pitt bought the car and drove it before again selling it on to Entwistle and Walker, a car dealership. They nominated George and Brian Barton to drive the car taking victory at Aintree. But at Oulton Park is where it all changed, Jim Clark’s car failed before the race and George stepped to one side and let Clark take over his car and went on to take victory. In November the car was again put up for sale and bought by Harry O’Brien.

In 1965 O’Brien competed with the car, but in March at Silverstone, the car succumbed to the conditions and collided with the bank badly damaging the chassis. The bad luck continued in 1966 when the car was damaged in a fire at O’Brien’s garage where he planned to restore the car. It stayed there for the next 30 years.

In 1996 the car was sold to Kelvin Jones who sent it away to be restored by Ken Nicholls of Nike Cars who built 19s in period, with the plan to enter the car at the Goodwood Revival in the Madgwick Cup. But this didn’t happen and three years later the car was sold to Lotus specialist Paul Matty, who commissioned Andrew Tart an historic race car preparer to finish the restoration.

Between Paul and Andrew, the car was prepared in time to do a demonstration run at the Shelsley Walsh Lotus Celebration meeting where it was reunited with Sir Stirling Moss who signed the car’s engine cover in 2012 and still remains present to this day. 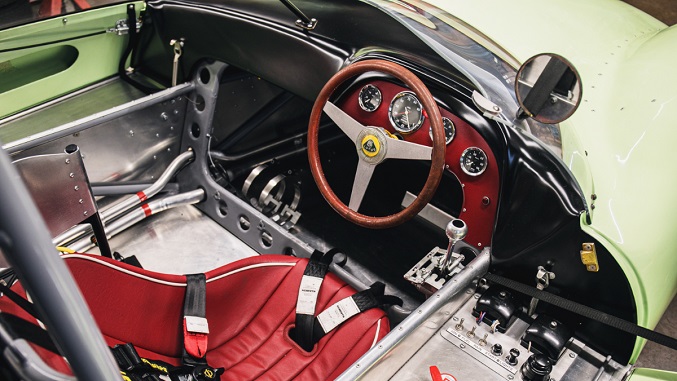 In 2017 the current vendor purchased the car from Paul. It was a car he had admired all the time he passed it in Paul’s showroom, where it was on permanent display, with the aim to return it to competition. Andrew Tart was engaged to prepare the car for a return to racing.

Andrew and the current vendor set about preparing the car for competition and in February 2019 the car underwent a gentle shakedown at Curborough. During testing in the summer of 2019, it was decided to fit a new Coventry-Climax engine making the car ready for competition, subject to a shakedown.

Presented here in its traditional UDT-Laystall Racing Green, this is a very pretty and beautifully prepared race car with original parts, a fresh engine and will have FIA HTP papers making it eligible for some the top classic race meetings on the historic calendar. It has been superbly cared for by the previous owners over the last few years as they sought to prepare the car for competition and also retain its provenance.

This is one of the few sports cars that has been raced by some of the greats, only 17 cars were constructed and now offered on the open market for the first time in 57 years. This is an incredible opportunity to own a car driven by Moss, Ireland, Hill, Clark, Maggs and Gregory.

Harry Whale Silverstone Auctions Sales Manager commented: “Silverstone Auctions are very proud to offer this extremely special piece of motorsport history to the open market for the first time in 57 years. Driven by some of the most iconic and greatest drivers all time, provenance of this stature is hard to replicate”