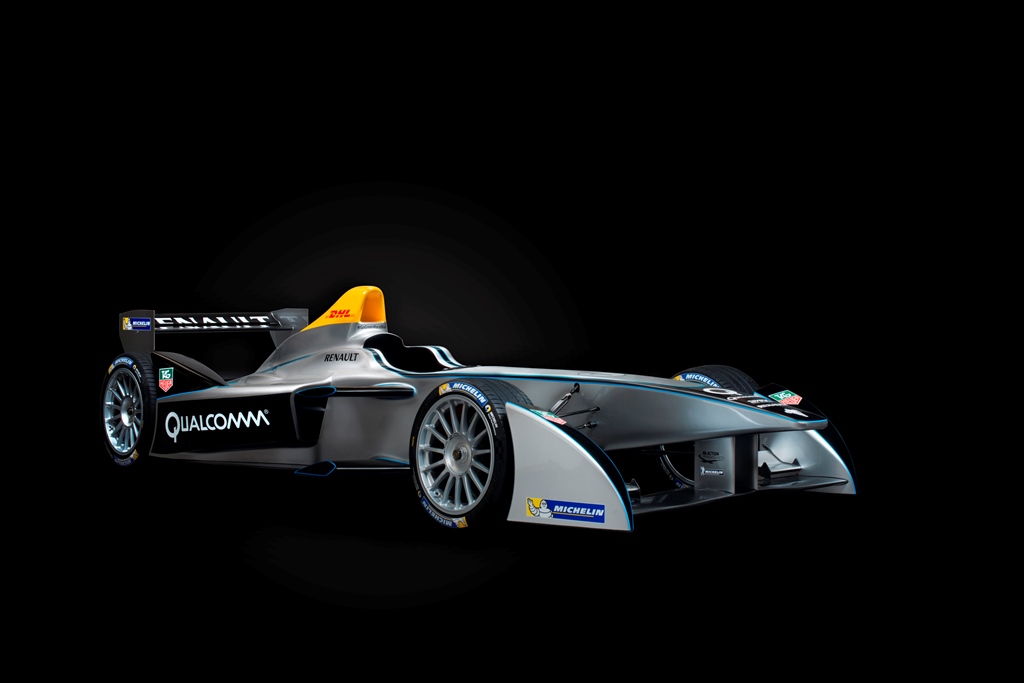 At the Frankfurt Motor Show, FIA President Jean Todt and Alejandro Agag, CEO of Formula E Holdings, have unveiled the Spark-Renault SRT_01E all-electric open-wheel racecar slated to compete in the new Formula E Championship.
The Spark-Renault SRT_01E features an electric motor with the world’s highest power-to-weight ratio. It was originally developed for the McLaren P1, according to Peter van Manen, Managing Director of McLaren Electronic Systems.

Formula E is an all-electric race series, sanctioned by FIA, that will begin its first season in September 2014, starring open-wheel, zero-emissions, single-seat racecars. Ten teams, with two cars apiece, will compete in ten hour-long races in cities around the world.
After the being on display at Frankfurt, the car (and its twin) will undergo extensive crash testing. We hate to see such a car take a beating.
Scroll down for more information in the press release, or visit the Formula E website for more information about the series.