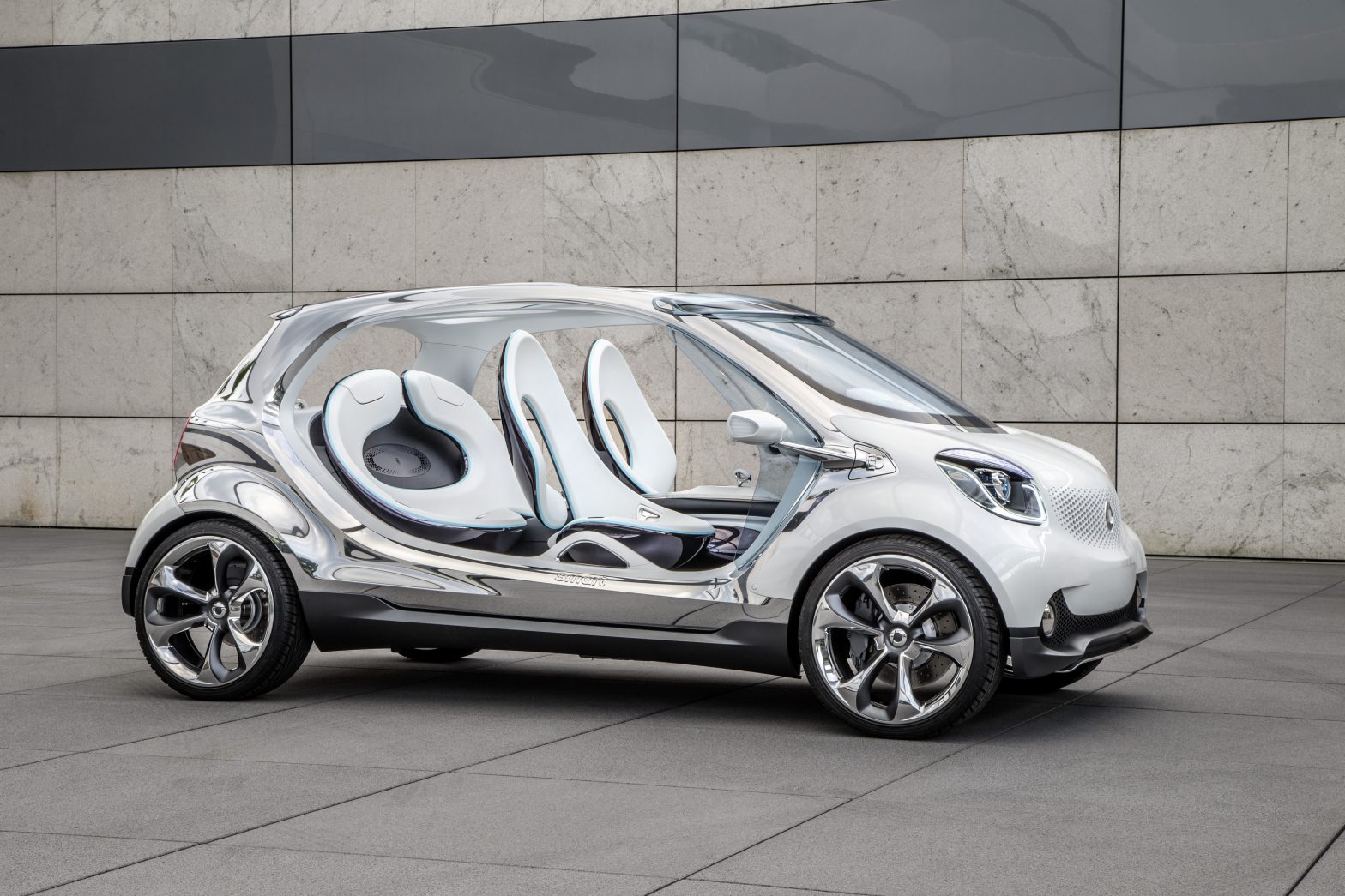 Smart has unveiled the Smart Fourjoy at the Frankfurt Motor Show. The four-seat compact electric vehicle doesn’t have doors, windows, or a closed roof.
The Fourjoy borrows its electric powertrain from the Smart Fortwo Electric Drive. It uses a lithium-ion battery and a 73-horsepower electric motor to get around town.

The lounge seats do look quite inviting, and being open to the elements means your view isn’t obscured when you’re traveling. It actually seems like an entertaining way to get four people from place to place. For passengers prone to boredom (or who just need to stay connected at all times), however, two smartphones are mounted on the dashboard, with two more on the center tunnel for the rear passengers.
And, that open cargo area in the back, doesn’t that look like the perfect spot to strap a couple of bags of golf clubs?