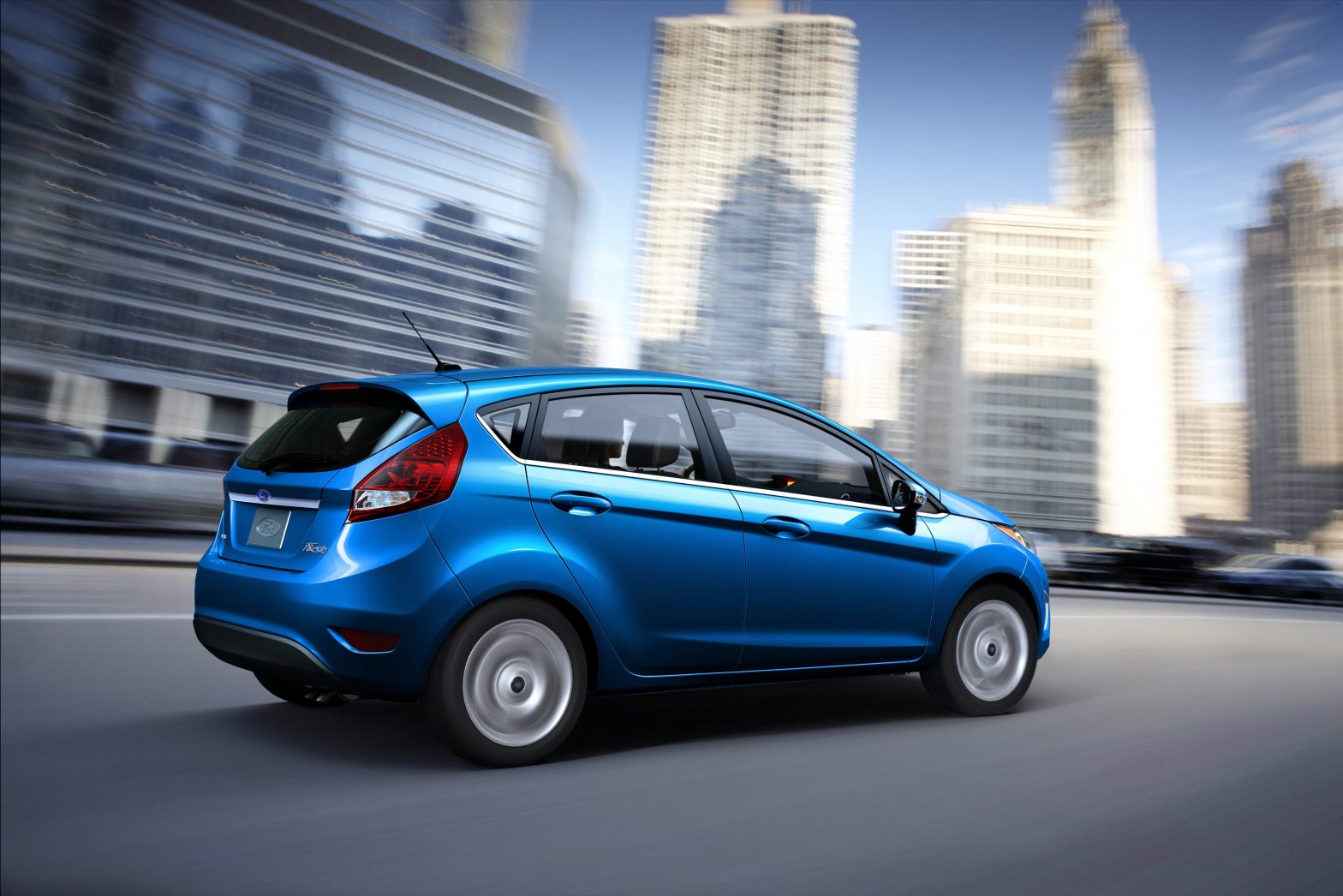 Over the past few years, we’ve seen many automakers add the three-blink turn signal function onto their cars, and Ford will finally be jumping on the bandwagon next year. Tapping the left stalk off of the steering column up or down allows the blinkers to flash only three times, which is perfect for lane changes, and alleviates the annoyance of driving behind cars whose blinkers have stayed on for no good reason.

It seems like a really simple piece of technology, but Ford has held off on adding this feature in simply because some consumers don’t care for the three-blink feature. Still, the majority of drivers who have this function seem to like it a whole lot (the Winding Road staff included), so we’re glad to see Ford hopping on the bandwagon.

The first vehicles to get this feature will be the 2011 Ford Fiesta and Super Duty pickups, with the automaker slowly implementing it on all of its 2011 model year lineup.

DEARBORN — Does the sight of a blinker flashing on the car in front of you for miles and miles drive you crazy? You’re not the only one.

This annoying habit is so frustrating to drivers that it made the "Top 10 Driving Pet Peeves" list by a leading vehicle insurance company, which surveyed thousands of drivers nationwide. Nicknamed Morse Coders in the survey, these drivers often cruise for miles without realizing their blinker is on. Meanwhile, they are annoying everyone behind them.

With tongue in cheek, Hagerty Insurance Agency, which conducted the survey, suggested that Morse Coders are leaving their blinkers on for a reason: "Now let’s be fair. Perhaps these Morse Coders are part of the SETI (Search for Extraterrestrial Intelligence) project, their turn signals beaming out across the galaxies in search of other life forms – or not."

On a more serious note, national research by RDA Group of Bloomfield Hills, Mich., found that consumers are confused by turn signals that are left on.

"Most drivers have found themselves behind cars that have their signals on after changing lanes," said Jim Thomas, senior vice president of RDA Group. "This can be confusing because there is no way of knowing if the signal is a real indication of an upcoming turn or not. To reduce this confusion, drivers want vehicles to automatically disengage the turn signal after making a lane change."

New Ford technology, coming this summer on the 2011 Ford Fiesta, does exactly that.

Ford’s three-blink lane change technology is simplifying the way drivers maneuver on the road. With a simple flick of the switch – either up or down, depending on which lane the driver is moving into – the turn indicator will blink three times and automatically shut off. The switch can be held in the lane change position longer for additional blinks beyond the three minimum.

To engage the turn signal, drivers move the switch into the standard position, one more press past the lane change mode.

"This allows the driver to let go of the switch and concentrate on driving," explains John Murphy, Core Switch Product Engineer. "Instead of holding down the switch, they can give a quick tap, show a three-blink warning that they are about to merge and change lanes. It’s that simple."

For motorists who drive behind the Morse Coders, this is welcome news: "Driving behind a car that’s blink, blink, blinking is enough of a driver annoyance that we’re putting the technology in our full Ford line going forward," said Murphy. "Customers say this is confusing – and it bugs them. So we’re doing something about it."

Going on sale in the summer of 2010, the all-new Ford Fiesta is among the first vehicles in the Ford lineup to receive the new three-blink technology. The "annoyance avoidance" feature is yet another technology going into the expressive, fun-to-drive Fiesta that makes perfect sense.

With a projected best-in-class highway fuel economy of 40 mpg, Fiesta is designed to be versatile, personal and adaptable. In fact, Fiesta is expected to deliver best-in-class safety, convenience and connectivity with segment-exclusive SYNC® voice-activated communications system, an expressive color palette and available graphics.

The 2011 Ford Super Duty is also set to receive the three-blink turn signal technology when it goes on sale in 2010.