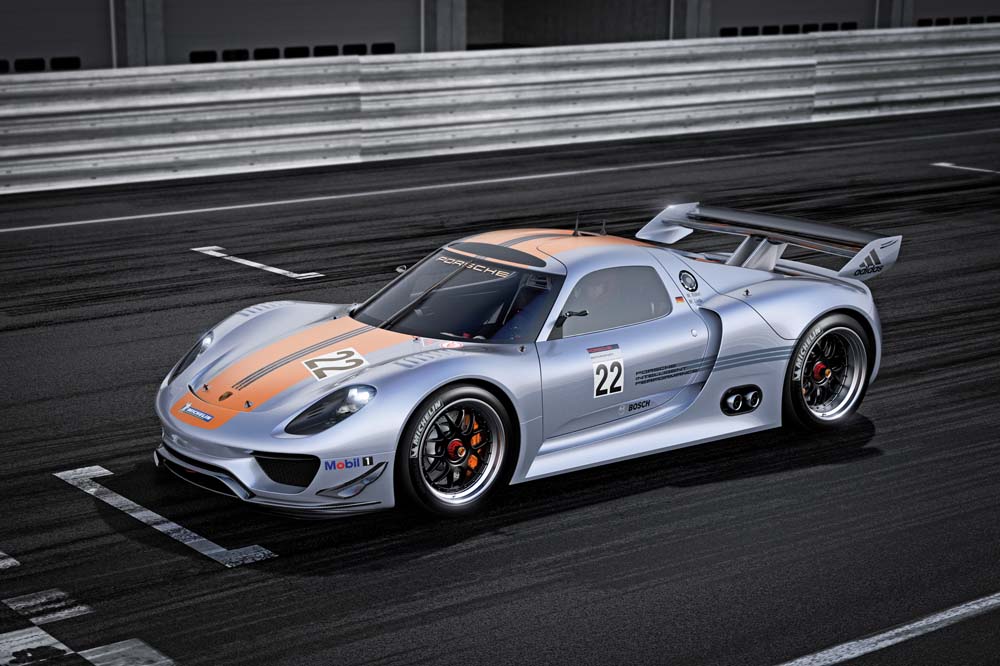 Detroit’s Cobo hall was abuzz with supercar excitement first thing this morning, as Porsche kicked of the 2011 North American International Auto Show with the debut of its stunning 918 RSR.

The 918 Spyder concept car was the toast of the Geneva auto show last year, as a forward looking plug-in hybrid that boasted supercar performance. Also, we previously got some time behind the wheel of the Porsche GT3 R Hybrid, sitting right next to its intimidating flywheel. The sports car maker followed up this morning by showing a car that combines both of these ideas in to the 918 RSR racecar.