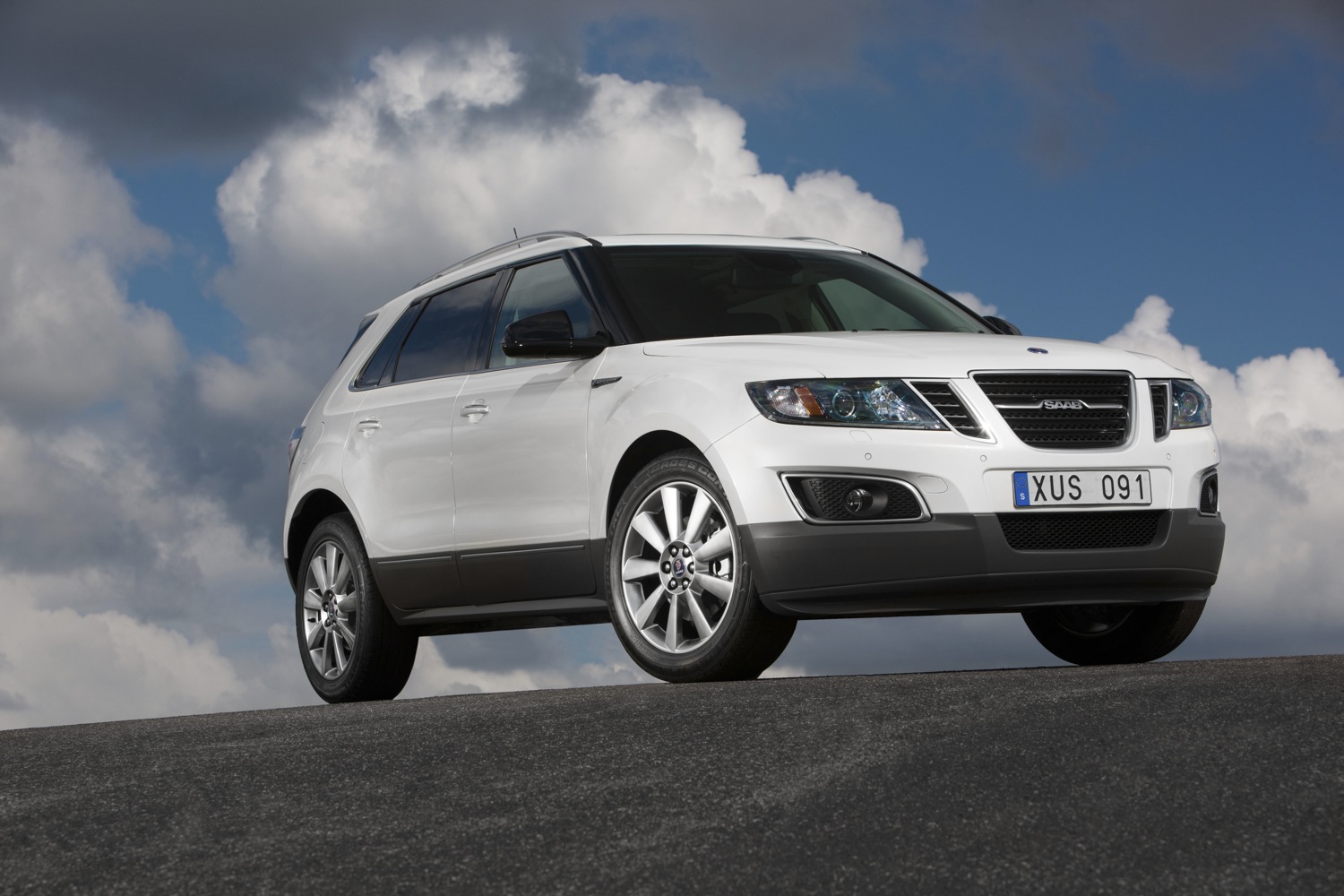 Saab has pulled back the curtain on its current offering into the world of crossover vehicles with the announcement of the new 9-4X. The mid-sized crossover had faced an uncertain future while General Motors was negotiating the sale of the Swedish brand, but now that Spyker Cars has taken Saab into its stables, we can expect the 9-4X to see the light of day.

The 9-4X will have two options for what you can find under the hood. The entry-level engine will be a 3.0-liter V-6 that will put out 265 horsepower with the help of direct injection. The 300 horsepower, 2.8-liter, V-6 alternative will swap out the DI tech for twin-scroll turbocharging. The latter will be exclusive to the Aero variants. Both options will use adaptive, electronic, six-speed automatic transmissions.

Sitting somewhere in between the 9-3X and its brand new 9-5 sedan, the 9-4X looks to establish its own identity while still holding true to the things that make a Saab, a Saab. The car features the company’s advanced all-wheel drive system, XWD, and also its adaptive chassis control system, DriveSense. The interior features a clean and rising center stack that sweeps across the driver’s side and into an instrument panel highlighted by green, illuminated needles—harkening back to Saab’s aerospace origins.

The Saab 9-4X first snuck out from under the covers at the 2008 Detroit Auto Show and is now set to hit dealer lots in May. We won’t know details regarding pricing until closer to when the car becomes available. With much of the troubles facing Saab lately, hopefully this can be the shot in the arm that the much-respected automaker both needs, and deserves.

Scroll down for the official press release.

Making its world premiere at next month’s Los Angles Auto Show, the 9-4X expands Saab’s product portfolio to three car lines and will provide a fresh, alternative choice for independently-minded crossover buyers. It is an important next-step in the Swedish brand’s renaissance as an independent premium car manufacturer.

Muscular and sporty to drive, the 9-4X is aligned in looks and size between the 9-3X all-rounder and new 9-5 sedan. Outside and inside, it communicates its Saab identity with clean, uncluttered design and signature motifs, such as its wraparound-effect windshield, ice block lighting theme, driver-focused cockpit and flexible cargo handling.

In true Saab tradition, the 9-4X delivers on its sporty persona. It is configured around a unique, purpose-designed crossover body structure, which has been key to delivering its exceptional handling and ride properties. Car-like driving dynamics are supported by Saab’s advanced all-wheel-drive system, Saab XWD, and DriveSense adaptive chassis control.

Under the hood, nestles a choice of compact and efficient V6 engines, naturally-aspirated or turbocharged. The 265 hp, 3.0-liter motor for the entry-level model features direct fuel injection and variable valve timing; while the 300 hp, 2.8-liter exchanges direct injection for twin-scroll turbocharging and is exclusive to top-of-line Aero variants. Both engines are mated to six-speed automatic transmissions under adaptive, electronic control.

“The 9-4X significantly broadens the appeal of the Saab brand,” says Saab Automobile CEO Jan Åke Jonsson. “It gives us entry to the fast-growing crossover segment with a vehicle that reflects our brand values in key areas, such as progressive Scandinavian design and sporty, responsible driving performance. The 9-4X is an exciting package and we’re confident it will appeal to many existing Saab owners, as well as win new customers for the brand.”
T

he 9-4X goes on sale in North America in May next year, with sales in Europe and other global markets due to begin from August. Prices will be announced shortly before sales commence.