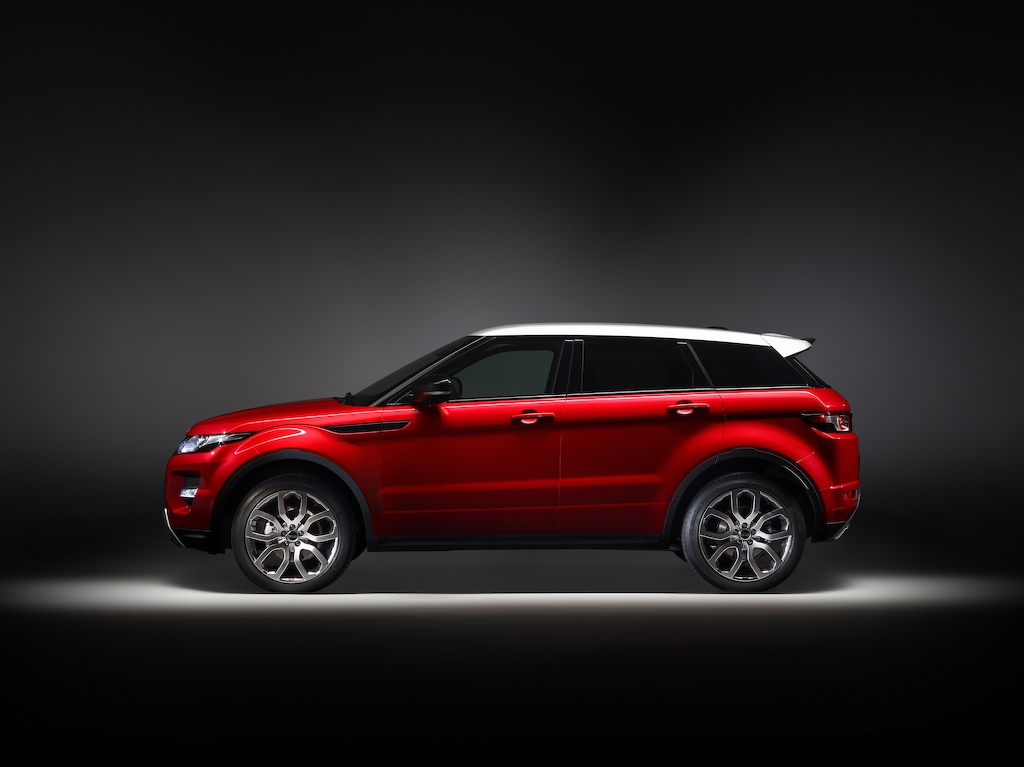 Land Rover has given up details and images of the five-door version of the upcoming Range Rover Evoque ahead of its debut next week at the Los Angeles Auto Show.

We’ve already seen the three-door version of the compact Evoque SUV, but the five-door adds space and functionality, and is more along the lines of what we’ve been seeing from the brand for years.

The five-door Evoque will be powered by a 2.0-liter turbo-four, producing 240 horsepower. Gears are changed with a six-speed automatic transmission. It is also equipped with permanent all-wheel drive, as well as Land Rover’s very capable Terrain Response system. Adaptive Dynamics, using MagneRide, will help the suspension adjust to different terrain and driving situations.

On the inside, drivers will enjoy the eight-inch touchscreen display, and the Surround Camera System should take some of the guesswork out of maneuvering the Evoque through tight spaces.

Scroll down for the official press release.

With its stylish and sporting appearance, combined with larger interior space, the five-door Range Rover Evoque joins the stunning coupe model to create a highly desirable line-up that will define the premium compact SUV segment.

Like the coupe, the five-door Range Rover Evoque remains faithful to the spirit of the groundbreaking Land Rover LRX concept car, offering an innovative new interpretation of the original coupe design.

“The addition of the five-door to the Range Rover Evoque line-up extends the appeal of our brand still further,” said Land Rover’s Managing Director Phil Popham.