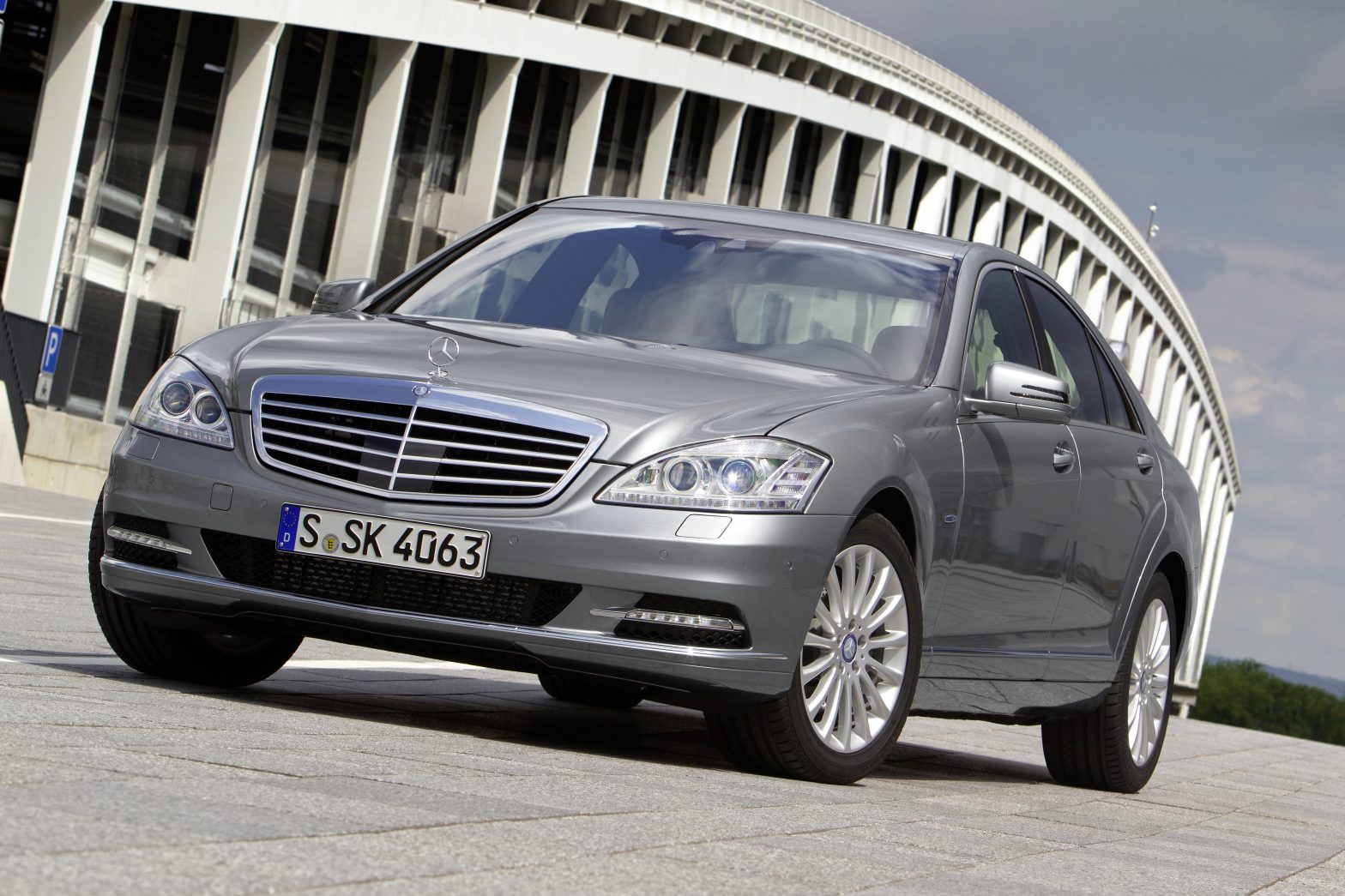 Mercedes-Benz continues to expand the S-Class family, this time bringing diesel power back to the iconic luxury car. The 3.0-liter oil-burning V-6 produces 240 horsepower and 455 pound-feet of torque, which goes to all four wheels through a seven-speed automatic transmission. According to Mercedes, that should be enough power to scoot the big S-Class to 60 miles per hour in about seven seconds and on to an electronically limited top speed of 130 miles per hour.

The S350, like many diesels on the market today, uses AdBlue, an aqueous urea solution, to clean the exhaust as it exits the vehicle. The urea injection system captures up to 80 percent of the harmful nitrogen oxide emissions in the exhaust, converting them to simple nitrogen molecules and water. Mercedes claims that the S350 is so clean, that it already complies with the stringent EU6 emissions standards, set to take effect in 2014.

Mercedes plans to have the S350 in showrooms towards the end of summer 2011.

Please scroll down to read the Mercedes-Benz press release.

Diesel-powered S-Class returns to the U.S.

DETROIT – Making its U.S. debut at the 2011 North American International Auto Show, the all-wheel-drive 2012MY S350 BlueTEC 4MATIC marks the return of the diesel-powered S-Class sedan to the U.S. market. Powered by a 3.0-liter V6 turbodiesel developing 240 hp and a whopping 455 lb-ft of torque, the highly efficient V6 diesel gives the luxury sedan effortless performance with sprints from 0 to 60 mph in 7 seconds; top speed is 130 mph (electronically limited). Available in U.S. showrooms in late summer of 2011, the 2012 S350 BlueTEC 4MATIC joins an already diverse lineup of S-Class models ranging from the fuel-efficient S400 HYBRID to the flagship S65 AMG.

The 2012 S350 BlueTEC 4MATIC ranks among the world’s cleanest diesel models thanks to BlueTEC – a technology developed by Mercedes-Benz to reduce emissions from diesel vehicles, in particular nitrogen oxides. AdBlue®, an aqueous urea solution, is injected into the exhaust flow. Releasing ammonia, which converts up to 80 percent of nitrogen oxides into harmless nitrogen and water in the downstream SCR (Selective Catalytic Reduction) catalytic converter. As a result, the S350 BlueTEC 4MATIC already complies with the emission levels which are planned for 2014 with the introduction of the EU6 standard. The AdBlue® tank is installed under the luggage compartment floor and has a capacity of 7 gallons. The tank is replenished at the regular maintenance intervals every 10,000 miles.

The 2012 S350 BlueTEC 4MATIC is equipped with the latest Mercedes-Benz 4MATIC all-wheel drive system. Cleanly integrated into the 7-speed automatic transmission, it fits right into the standard body and utilizes the existing front suspension. A number of innovative measures minimize the energy needed to turn the extra gears and shafts to help improve overall fuel economy.

Detroit 2011: Mercedes-Benz To Drive Hydrogen-Powered B-Class Around The World