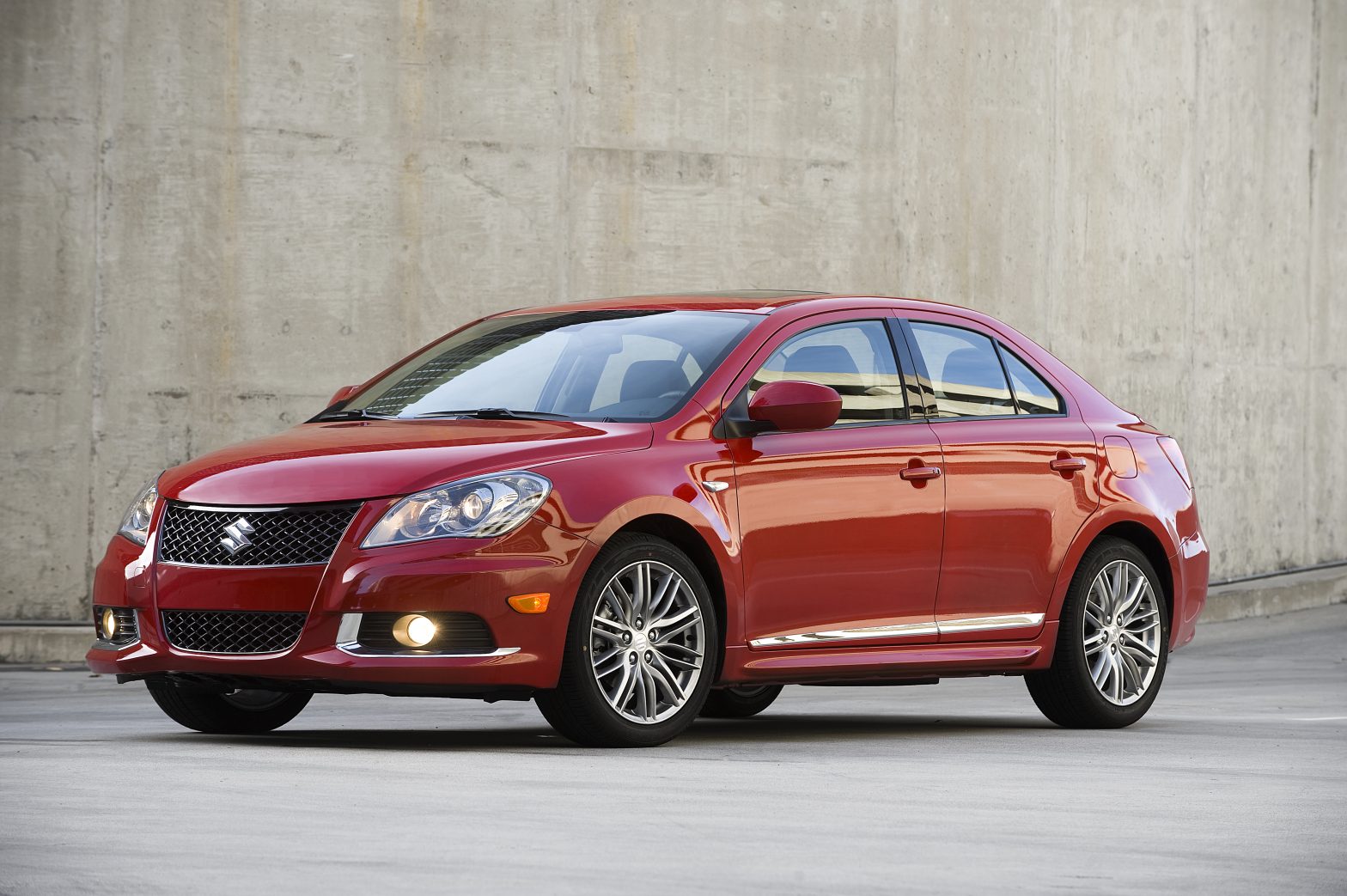 Suzuki revealed it’s newest version of the beloved new Kizashi sedan at the New York Auto Show today, and, no, it’s not a V-6 model. The 2011 Suzuki Kizashi Sport, in fact, changes very little in terms of dynamics.

Exterior modifications include a more aggressive front fascia, a lower grill, custom eighteen-inch alloy wheels, and new side sills, body molding and a trunk spoiler. The one notable change is the lower ride height, which gives the Kizashi Sport a lower center of gravity.

The interior gets some sporty upgrades, including a perforated leather steering wheel, leather seats with custom stitching, and leather boots for the shifter and handbrake.

While we were hoping for a more substantial announcement about the Kizashi at the show, the Kizashi Sport does speak more to our enthusiast side.

See it in the gallery, or scroll down for the official press release.

NEW YORK (March 30, 2010) – American Suzuki Motor Corp. (ASMC) arrives in Manhattan – a city known for and populated by its many imports – for the global introduction of its 2011 Kizashi Sport at this year’s New York International Auto Show. Offered exclusively on Kizashi GTS and SLS trim levels, Suzuki’s new ‘Sport’ variant of its sleek and sophisticated sport sedan is scheduled to go on sale in the United States this August. Pricing for the all-new 2011 Kizashi Sport will be announced closer to the vehicle’s arrival in dealer showrooms.

"We’ve been thrilled with an enthusiastic reaction to the 2010 Kizashi, and we look forward to offering sport sedan buyers the newest iteration of our stylish sport sedan later this year," said Koichi Suzuki, executive vice president American Suzuki Automotive Operations. "The Kizashi Sport provides us with an opportunity to build on the sport sedan’s short-term accomplishments and further engage driving enthusiasts looking for an affordable alternative to luxury performance vehicles."

Based on the recently introduced 2010 Kizashi (pronounced "Kee-Zah-Shee"), already acclaimed for its near-luxury content and Euro-tuned platform, the 2011 Kizashi Sport moves the excitement meter upward with a host of external mods. These include a more muscular front fascia (with chrome accents) and lower grille, body side sill extensions, lower body side molding with chrome accents, a trunk mounted spoiler, custom light weight 18-inch alloy wheels and a 10mm lower ride height for a combination of better aerodynamics and a lower center of gravity for enhanced grip and sharper handling.

Inside, the new Kizashi gets a distinctive designed sport steering wheel with perforated leather grip and contrasting stitching on the leather seats, shifter boot and emergency brake boot (when equipped with black leather interior). Interior upgrades speak to the Kizashi’s sporting intent, with form-fitting sport seats and driver-centric cockpit.
2010 Kizashi

The 2010 Kizashi is available in four trim levels, ranging from the well-equipped entry-level Kizashi S priced between $18,999 for FWD and $21,899 for AWD, to the luxuriously appointed SLS model ranging from $24,499 for FWD M/T to $26,899 for AWD Continuously Variable Transmission (CVT). Prices do not include the $735 destination and handling charge.
2010 SX4 SportBack

The Brea, Calif.-based Operations of American Suzuki Motor Corp. (ASMC) was founded in 1963 by parent company Suzuki Motor Corp. (SMC) and currently markets its vehicles in the United States through a network of approximately 350 automotive dealerships and numerous other motorcycle, ATV and marine distributors in 49 states. With global headquarters in Hamamatsu, Japan, SMC is a diversified worldwide automobile, motorcycle, and outboard motor manufacturer. In 2009, SMC sold more than 2.3 million new cars and trucks and more than 2.8 million motorcycles and ATVs. Founded in 1909 and incorporated in 1920, SMC has operations in 196 countries and regions. For more information, visit www.media.suzuki.com. Suzuki can also be found on Twitter (@SuzukiAuto), Facebook (www.Facebook.com/SuzukiAuto) and YouTube (www.YouTube.com/SuzukiAutomotive).