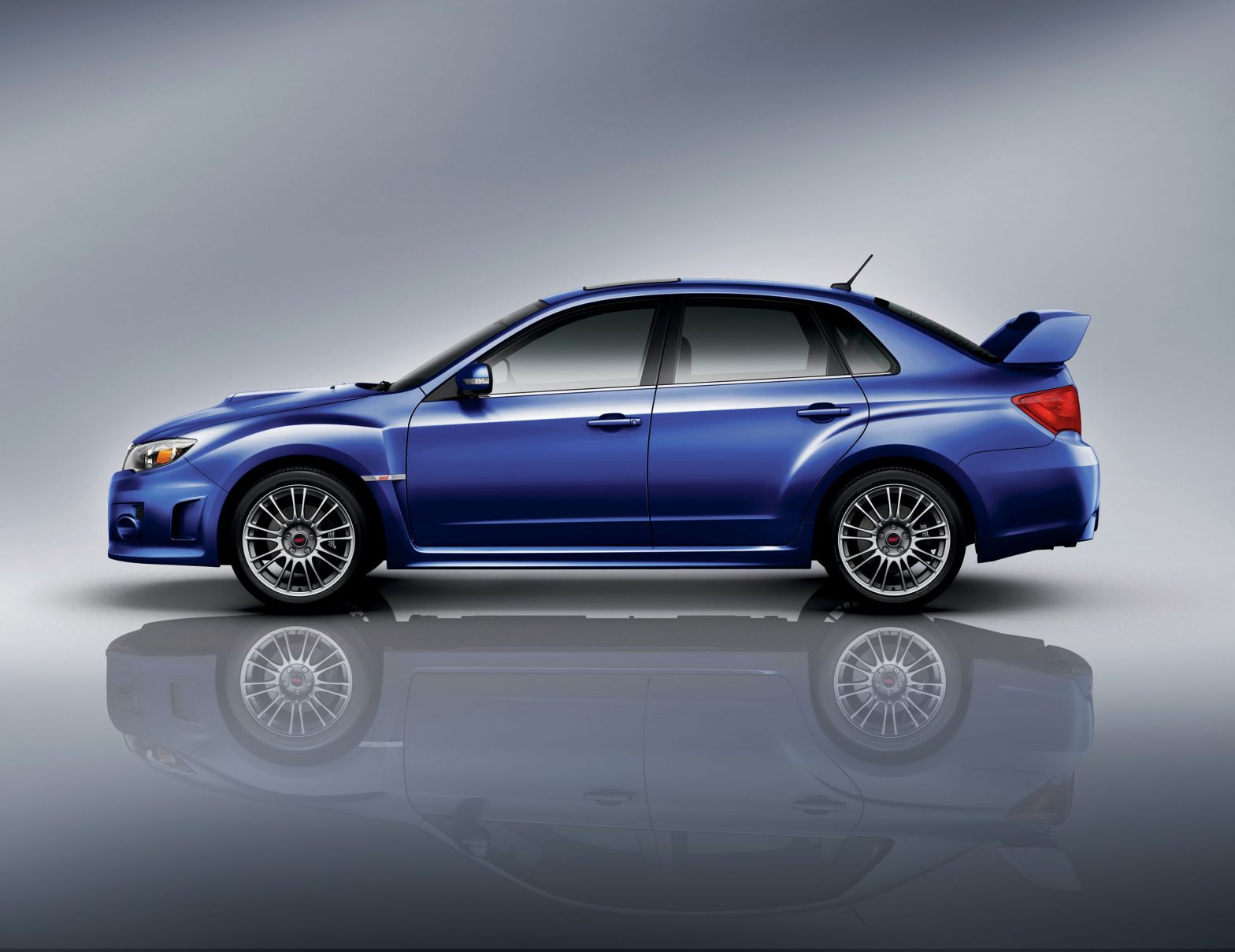 This is no April Fools joke, Subaru has taken the wraps off of the 2011 Impreza WRX STI. The flagship Scooby returns to its classic sedan form, complete with the monster rear wing.

The 2011 STI receives some minor cosmetic upgrades, along with higher-rated springs, lighter standard wheels, and thicker front and rear sway bars. All the bits that have made the STI a fan favorite are still there, including the Brembo brakes, adjustable center differential, 2.5-liter turbocharged boxer-4, and the symmetrical all-wheel drive system that we recently put to the test in Utah.

Deliveries are expected to start late this summer, so start saving your pennies.

Subaru of America today introduced a new 4-door version of its Impreza WRX STI performance flagship model. This will be the first time that the WRX STI has been offered in two body styles (5-door and 4-door). In addition to the new styling, the 2011 WRX STI features significantly revised suspension tuning and lighter 18-inch wheels for even sharper handling.

The WRX STI has been a recipient of continuous improvement since its introduction. Most recently, the 2010 WRX STI Special Edition previewed some of the suspension enhancements now migrated to the 2011 WRX STI. Thorough and painstakingly detailed chassis development, including testing on Germany’s famed Nurburgring racetrack, has resulted in the best-handling Impreza WRX STI models Subaru has ever offered.

"The continuous evolution and development of the WRX STI is driven by the strong, loyal and vocal support from thousands of enthusiastic owners of this exciting high-performance vehicle," said Tom Doll, executive vice president and COO of Subaru of America, Inc. "The 2011 4-door WRX STI will expand the appeal of this iconic performance model to a wider range of driving enthusiasts."

For the 4-door models, newly designed wider rear fenders are stretched out on the side beyond the tail lamps, accentuating a look of power and stability. The new design details contribute to an improved drag coefficient.

About Subaru of America, Inc.

Subaru of America, Inc. is a wholly owned subsidiary of Fuji Heavy Industries Ltd. of Japan. Headquartered in Cherry Hill, N.J., the company markets and distributes Subaru Symmetrical All-Wheel Drive vehicles, parts and accessories through a network of more than 600 dealers across the United States. Subaru boasts the most fuel-efficient line-up of all-wheel drive products sold in the market today based on Environmental Protection Agency (EPA) fuel economy standards. All Subaru products are manufactured in zero-landfill production plants, and Subaru of Indiana Automotive Inc. is the only U.S. automobile production plant to be designated a backyard wildlife habitat by the National Wildlife Federation. For additional information visit www.subaru.com .

2010 World Car Of The Year Winners: It’s A Volkswagen World