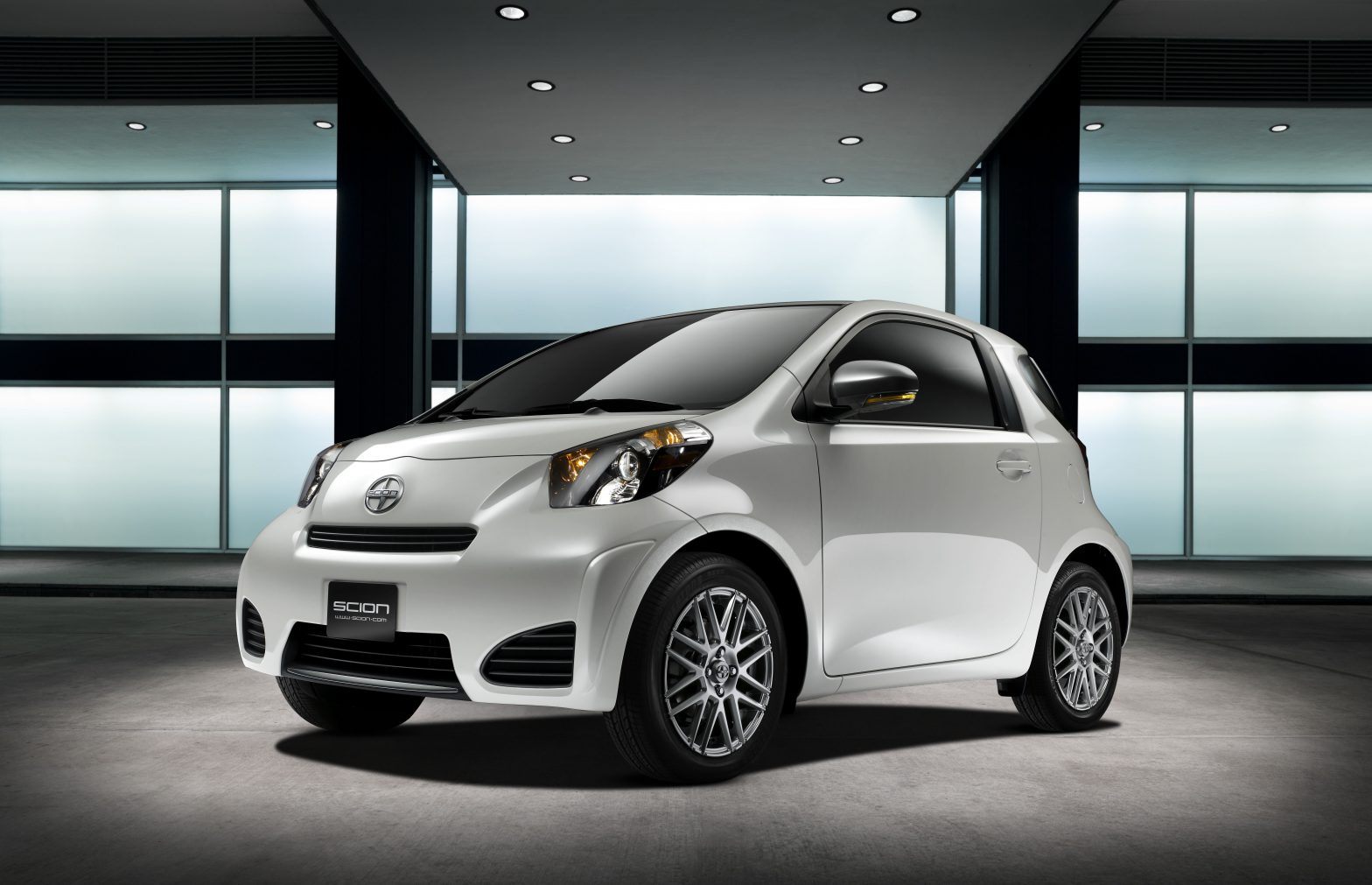 Scion has just taken the wraps off of the North American-spec iQ. This micromachine, designed to compete with the Smart Fortwo, features a 1.3-liter I-4 that makes “over 90 horsepower” and is mated to a standard continuously variable transmission.

Like the Smart, safety is a primary concern. To protect the occupants from the dangers of the roadway, the little iQ comes with no less than 10 SRS airbags. For the record, that’s 6 more than the Fortwo, and 4 more than a Mini.

We will reserve judgment until we get behind the wheel, but on paper, it looks like Scion is presenting a pretty strong alternative to the Smart.

Scroll down for the Scion press release, and check out the gallery for pictures.

NEW YORK (March 31, 2010) – A New Dimension of Scion was unveiled today with two new production vehicles – the all-new 2011 iQ premium micro-subcompact and the second-generation 2011 tC sports coupe – at the New York International Auto Show. The tC is scheduled to arrive in dealerships later this fall, while the iQ will go on sale in early 2011.

“Scion prides itself on being an innovative brand with a lineup of iconic vehicles that set automotive trends,” said Jack Hollis, vice president of Scion. “The iQ will define the premium micro-subcompact segment as the choice for new urbanites who want clever transportation without a sacrifice in style or new features.”

“The all-new tC features styling that is both refined and aggressive, appealing to a sports coupe owner who wants to make a bold statement. The tC has had the youngest median age buyer in the industry, and with more power, superior driving dynamics, and increased fuel efficiency, that should remain the case with the new tC as well.”

Meeting the needs of a new trendsetting generation of urban drivers, the iQ succeeds at taking big ideas and concentrating them into a small package. Made possible by intelligent and functional packaging, the iQ is a small car that offers the functionality and comfort that drivers expect from a car twice its size.

The iQ’s profile, defined by a strong and high beltline, glides from the large, stout headlamps, up the A-pillar, across the roof and wraps around the rear, emphasizing the iQ’s geometric shape. Side mirrors with integrated turn signals accent the clean design.

The rear emphasizes the vehicle’s modern style. Trapezoidal lines run toward the wheels, from the hatch to the bumper’s rear diffuser-like accent, creating a substantial presence. With a 78.7-inch wheelbase and a unique suspension design – consisting of MacPherson struts up front, and a torsion beam rear suspension – the three-door hatchback can deftly maneuver through city traffic. In addition, its overall length of only 120.1-inches, width of 66.1-inches, and short front and rear overhangs create a confident stance that still allows the iQ to fit into virtually any urban parking scenario.

Engineering innovations like a compact air-conditioning unit, inverted front-mounted differential, and electronic power-steering system with compact steering column, all amount to significant decreases in front-end length. In addition, the iQ is equipped with a flat gas tank housed beneath the floor that reduces rear overhang.

The iQ’s functional “3+1” seating equates to the world’s smallest four-passenger vehicle. With the driver’s and front-passenger’s seats being slightly off set, this innovative seating arrangement allows for one adult behind the front passenger and a child, small package, or pet behind the driver. A first for Scion, extra-slim front seat backs are utilized to provide rear passengers with ample legroom. The rear seats are extremely versatile, featuring a 50/50 split and the ability to fold flat, creating enough storage to accommodate up to two golf bags.

The 2011 iQ is equipped with a 1.3-liter, four-cylinder engine that produces over 90 horsepower and features the latest dual VVT-i, which allows it to be impressively efficient, providing a broader powerband yet requiring less fuel and generating fewer emissions.

The iQ’s engine is combined with a Continuously Variable Transmission (CVT) that helps deliver smooth acceleration and excellent fuel efficiency. The iQ will be rated as an Ultra Low Emission Vehicle (ULEV-II), and it is expected to achieve a combined fuel economy in the high 30s, comparable to similar vehicles that feature less passenger and cargo capacity.

The iQ comes standard with a six-speaker audio system and is available with multiple audio head units for various degrees of audiophiles. All iQs will be outfitted with USB and auxiliary ports, allowing personal devices to be easily integrated into the car. Steering-wheel-mounted controls command the audio system to adjust volume and shuffle through music sources such as CD, AM/FM, auxiliary input, or a library from your iPod® or other USB device.