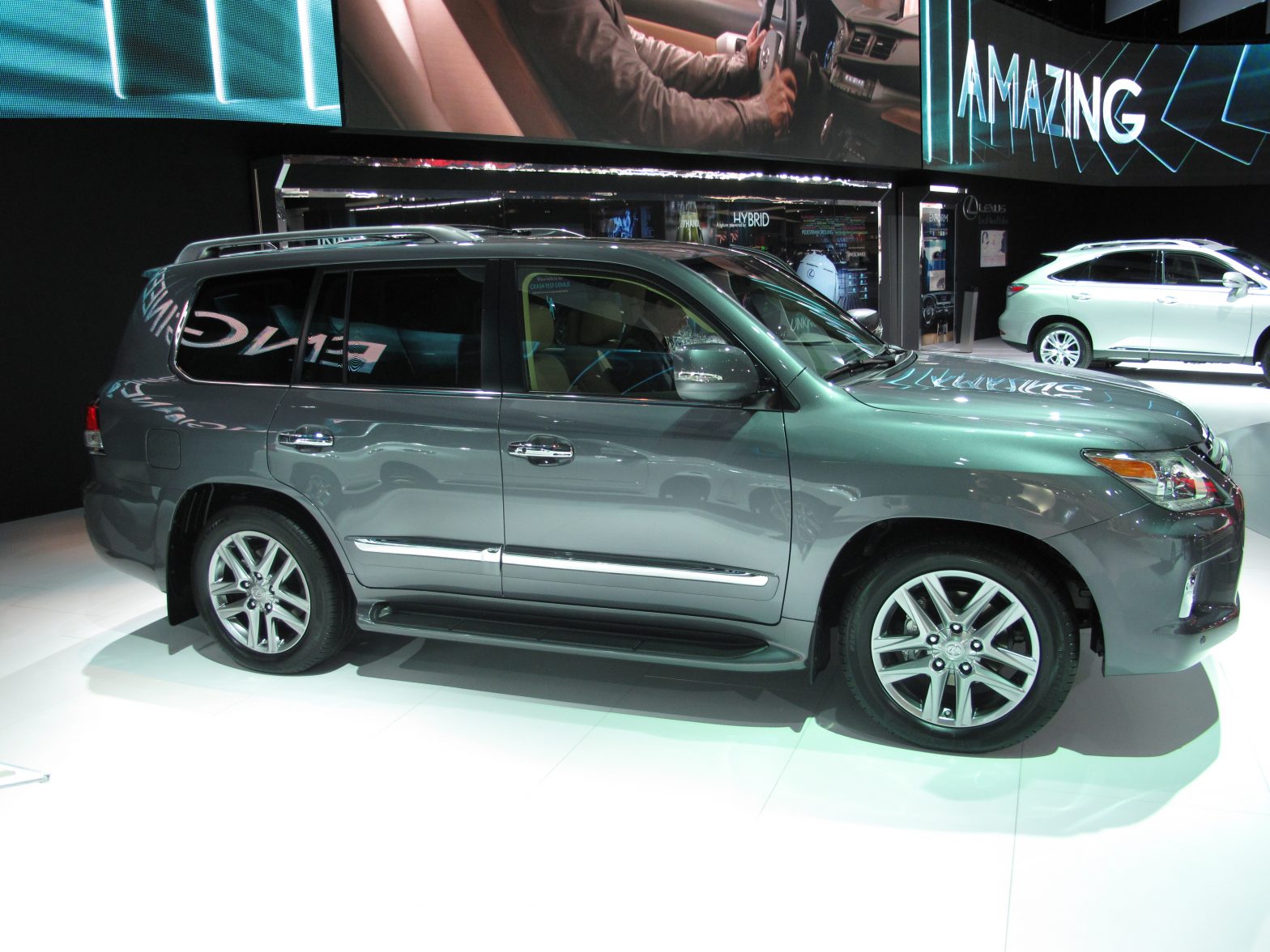 The 2013 Lexus LX, the luxury answer to the Toyota Land Cruiser, bowed at the auto show in Detroit. We stalked it down on the show floor to bring you these images of the big ute.
Tags:
DetroitLexus LXToyotaToyota Land Cruiser