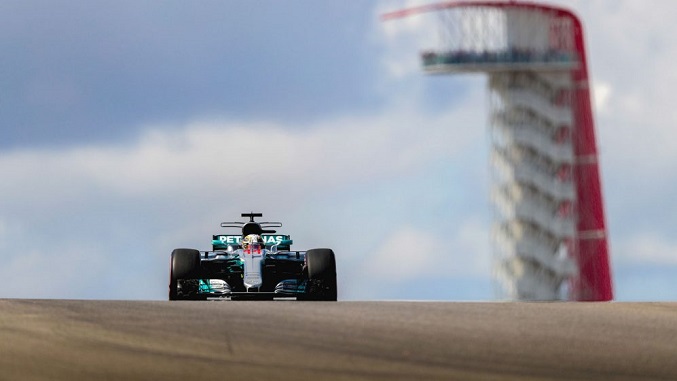 Because Winding Road World Headquarters is in Austin, we tend to pay a little more attention to F1 when the show comes to town. We get to observe the side shows, talk to the fans and commentators, and we like to think a little harder about whether there are lessons in the tea leaves.

Here is our list of takeaways from the 2019 United States Grand Prix:

• Fans seem to really like COTA. The architectural quality and the park-like atmosphere are only matched by Barber Motorsports Park in the U.S. And, somehow, despite being a huge circuit, F1 at COTA manages to feel like a party. Lots of attendees really helps with that.

• What works for F1, isn't as effective for other events. COTA's size works against the party atmosphere for smaller events (everything but F1). COTA is also not really organized for pedestrians, an oversight that we'll bet flows from its F1 origins (in F1, spectators are supposed to sit in assigned seats for the most part).

• COTA's early critics were mostly wrong. The track is perfectly raceable, at least in the sense that there are plenty of passing spots. The error in pre-judging the track stems in part from not understanding how a wide track like COTA offers multiple lines that make passing creativity a thing.

• On the other hand, COTA sort of has a problem: many races at COTA aren't that exciting. The field gets stretched out and someone dominates the event. We think this weakness stems from a strength of sorts, which is that COTA has a little bit of everything and is a really good test of both driver and car. COTA is therefore a great test track, and also a great track for deciding championships, if you care about technical merit being the deciding factor.

• COTA has successfully combined F1 with major music events. We think this speaks to the value of innovation in the sport. It also may speak to the value of non-racing (and non sportscar racing) management (as seen at COTA and with Liberty Media).

• It might be luck, but Pirelli and the FIA have finally got a tire/rules combination that creates interesting dynamics during the race. There are different tire strategies that work and even the big teams aren't completely sure what will happen with Plan A vs. Plan B on race day. OTOH, the smaller teams, like Haas, seem severely disadvantaged in that they almost never understand the tires well enough to make things work.

• Having 3 teams that can compete at the front is critical to not suffering death by 1000 cuts. If we had more teams up there it would be even better. McLaren and Renault showed how this might work at COTA, though they need a bit more motor (or something) to really be there. The new 2021 car finally seems to be conceived around racing quality, not pace, so let's hope the second half of 2019 plus the common sense of Liberty Media, gets the rules to take a leap forward.

• Hamilton is very good and deserves to be champion. What we want to know, though, is whether his move to Mercedes was skill or luck. Just asking for a friend.

In the end, the USGP 2019 was fun and educational. We can ask for more, and we do, but F1 has moved away from its crisis stage. We're not sure the same can be said about some other forms of racing.

Video: Inside The World Of TCR