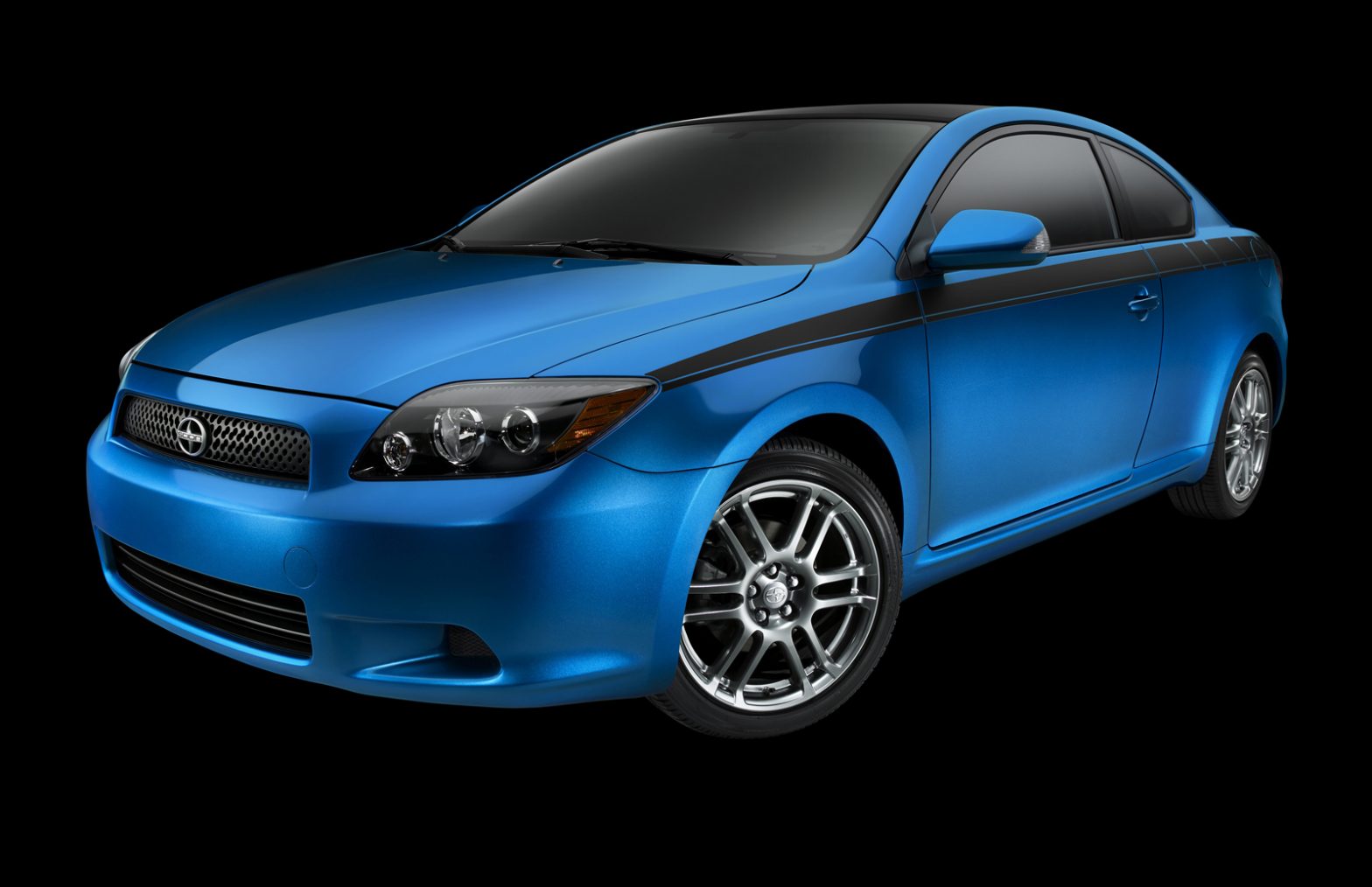 The aging Scion tC coupe is in great need of a substantial refresh, but Toyota is once again offering consumers a special, limited-production version of the car. The Release Series 6.0 features a Speedway Blue paint job, as well as an Alpine audio system, HD radio, and a navigation system with a 4.3-inch touch-screen display, offering turn-by-turn voice guidance, three-dimensional map viewing, and a spiffy tC RS guidance icon. (Oooh. Aaah.)

The tC RS 6.0 comes painted in a vivid Speedway Blue that is currently not offered on any other Scion model. The eye-catching exterior is complemented with a unique matte-black vinyl graphic that flows along the beltline and features the RS 6.0 logo on the rear quarter panel.

Adding to the coupe’s sporty character, the bright blue motif is carried over to the RS 6.0’s seats and steering wheel. Front and rear seats boast color-tuned surfaces – black fabric with blue highlights – and the leather-wrapped steering wheel comes finished with blue stitching.

Only 1,100 units of the tC RS 6.0 will be built, and each vehicle comes with a unique, individually numbered stainless-steel badge. The tC RS 6.0 model will carry a manufacturer’s suggested retail price (MSRP) of $18,620 with a manual transmission, and $19,420 with an automatic transmission.

The delivery, processing and handling (DPH) fee for all Scion models is $670 and is not included in the MSRP.  DPH fee for vehicles distributed by Southeast Toyota (SET) and Gulf States Toyota (GST) may vary.

On February 16, visit the official Scion Release Series Facebook page at facebook.com/scionreleaseseries and “Get Inside the tC Release Series.” Using Facebook Connect, visitors will be treated to a personalized virtual ride culminating into a 360-degree experience at Scion’s most recent dubstep event.

First Look: 2011 Hyundai Azera Is More Of The Same