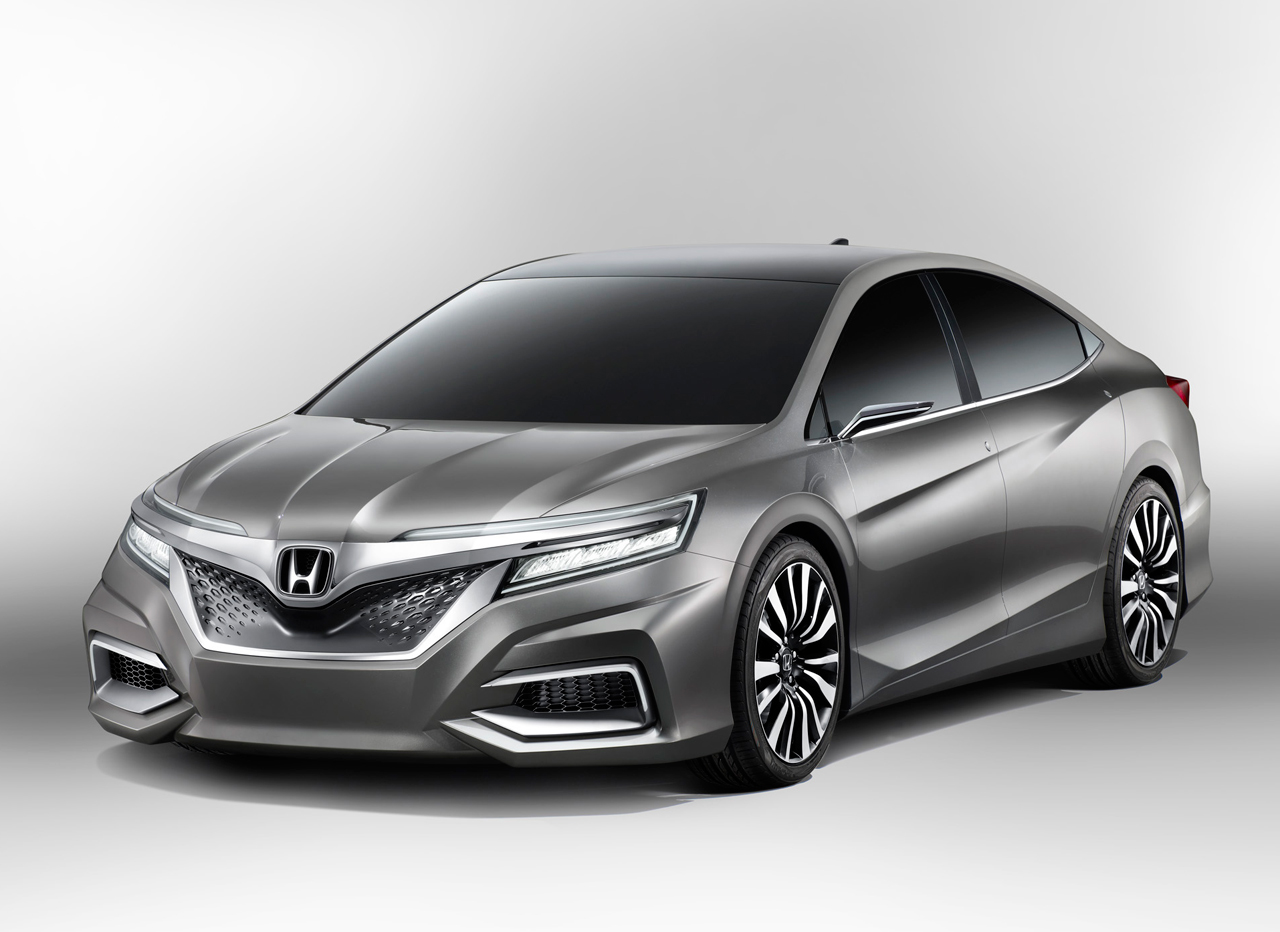 Honda debuted a pair of new concepts at Auto China 2012. Called the Concept C and Concept S, they are meant to express Honda’s new design direction.
The C (“C” meaning Cool, Challenge, and China) is sports sedan styled more aggressively than any Honda we’ve seen in some time. Not surprisingly, Honda claims the design was inspired by the image of a dragon. It will eventually lead to a production car next year, built by Guangqi Honda.
The Concept S (Stylish, Smart, and Surprise) is a hybrid hatchback that’s meant to be a people mover. It was designed specifically with the Chinese market in mind. Like the Concept C, a production version of the Concept S will hit Chinese dealers next year, and will be built by Dongfeng Honda. Unlike the Concept C, the Concept S could see global distribution.
Please scroll down for the official press release from Honda.
Honda Exhibits World Premiere of Two Honda Brand Concept Models at 2012 Beijing Motor Show
BEIJING, China, April 23, 2012 – Honda Motor (China) Investment Co., Ltd. today exhibited at the 2012 Beijing Motor Show the world premiere of the Concept C and the Concept S, two concept models that show the direction of mass-production models Honda will introduce to the market next year. (The 2012 Beijing International Automotive Exhibition, press days: April 23 -24, public days: April 27 – May 2, 2012)
Concept C
Concept C is a concept model for a middle-class sedan Honda is developing specially for the Chinese market. The "C" represents "Cool," "Challenge," and "China." The Concept C features a stately, distinctive and sporty design that was inspired by the image of a dragon. The product planning for this model was led by Honda’s Chinese associates and the development was done through cooperation between development teams in China and Japan. Honda is planning to introduce a mass-production model based on this Concept C next year through Guangqi Honda Automobile Co., Ltd.
Concept S
Concept S is a global concept model of a new-value passenger mover that was developed primarily for the Chinese market and will go on sale first in China. The "S" stands for "Stylish," "Smart" and "Surprise." Adopting a hybrid powertrain, this concept model realizes both the "fun of driving" and excellent environmental performance at the same time. A spacious cabin was realized by Honda’s packaging technologies, which is one of the distinctive strengths of Honda. A mass-production model based on this Concept S is scheduled for introduction to the Chinese market through Dongfeng Honda Automobile Co., Ltd. next year, followed by a global release.
Introducing Acura ILX and RDX this fall
Also at the Beijing Motor Show, the Acura brand introduced the Acura ILX, a small-sized sedan and the RDX, a small-sized SUV for the first time in China. Both models are scheduled to go on sale in China this fall. Also an all-new Acura NSX Concept supercar will be displayed in China for the first time. The new NSX will be launched in China after it is launched in the U.S. within the next three years.
Strengthening China-original development models
Last year, Guangqi Honda launched the mass production model of its original brand named Li Nian. And yesterday, Dongfeng Honda introduced CIIMO, its originally developed middle-class sedan.
Comment of Takanobu Ito, President and CEO, Honda Motor Co., Ltd.
"What continues to drive Honda forward is our passion to take on new challenges with our technologies without being limited by what came before, and to create products that make our customers say, ‘I wanted this kind of car!’ We will concentrate this driving force here in China and build vehicles tailored to the needs of our Chinese customers. Toward this end, Honda and our joint venture companies will work together to further localize our development, production and parts sourcing in China."
Tags:
ChallengeChinaConcept CConcept SDongfeng Honda Automobile Co. Ltd.Guangqi Honda Automobile Co. Ltd.HondaHonda Motor Co. Ltd.smartSurprise