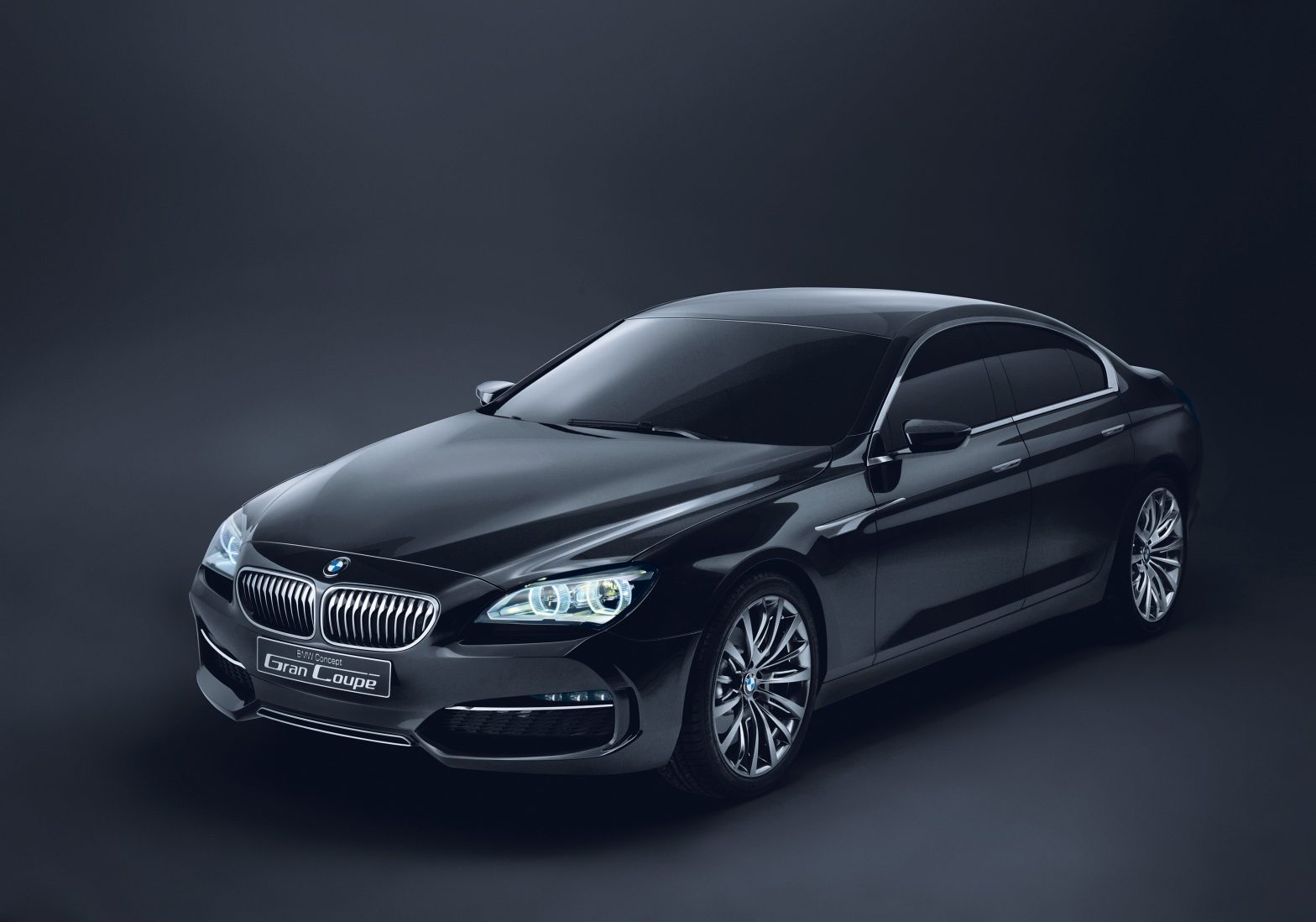 The four-door coupe styling, with a long, arching roofline, extended hood, and rearward cabin, is a recent trend we have tended to like. Think of the Mercedes-Benz CLS, or the Volkswagen CC; while we still aren’t totally used to the idea of a “four-door coupe” the looks that the so-called cars display are sexy and sleek. The BMW Concept Gran Coupe is no exception.

With this concept car, BMW wanted to portray a blend of sportiness and elegance. If this is foretells the future of the BMW brand design, we’re going to enjoy the evolution. Already, rumors are beginning to surface that this may be added as a new series in the BMW lineup.

Scroll down for more details in the official press release.

Elegance and dynamic performance at the first BMW Design Night in Beijing.

Munich. With an exclusive Design Night on the evening of the first press day at Auto China in Beijing (April 23rd to May 2nd 2010), BMW provides an in-depth insight into its design philosophy and development strategy. The program of the BMW Design Night is modular in structure and presents extensive background information on the premium automobile manufacturer’s innovative design culture. In addition to highlighting the long versions of the BMW 5 Series developed specially for the Chinese market, the main focus is on an elegant 4-door vehicle with striking dynamic proportions: the BMW Concept Gran Coupé.

The concept study on display symbolises the outstanding design expertise of BMW. The BMW Concept Gran Coupé concentrates the fundamental values of the brand. Its body design authentically captures a sense of superior dynamic performance and high-quality elegance. The shaping style, which follows a coherent pattern down to the last detail, convincingly visualises BMW’s philosophy as an automobile manufacturer. As with the Concept CS 2007, BMW once again sets new benchmarks in the design of 4-door coupes with a distinctive sporty character.

Based on a powerful tradition in this segment, the BMW Concept Gran Coupé carries the essence of brand values and the genes of BMW design into the future. The concept shows the classic features of all BMW coupes: the long wheelbase, the vaulted bonnet with forward-pointing lines, the set-back greenhouse, the flat silhouette, the coupe-style roof line and the short front overhang reflect the dynamic potential of the vehicle. The surface structures and the fact that the design quality is geared towards perfection illustrate the aspiration of the brand BMW to build 4-door high-performance coupes with the sportiest proportions and the most elegant design.

In the BMW Concept Gran Coupé, BMW presents the vision of a 4-door vehicle which combines the exclusivity of a Gran Turismo with the fascination of a high-performance sports car. The design of the concept study underscores the expertise of the brand BMW in the development of vehicles with a distinctive sporty character which offer space for more than two occupants. This reflects the particular quality of the BMW Group design philosophy, which consists in precisely and authentically translating the specific values of product substance into an aesthetically convincing shaping style.  The design process is set through with a passion for aesthetic appeal and dynamic performance, precision and perfection. This is how the uncompromising premium aspiration of a BMW Group product, the unmistakable style of the brand BMW and the precisely defined character of each model are given concrete form.

The front section is defined by the BMW kidney grille characteristic of the brand – an icon of body design which is not just central but also a dominating element of front design. The kidney grille of the BMW Concept Gran Coupé has a flat appearance, with an asymmetrical side view which emphasises the close attention to detail. The central section with the kidney grille is formally separated from other BMW icons such as the headlights and air inlets. The clarity of the LED front lights highlights the vehicle’s precision and premium aspirations. The air inlet runs back an extremely long way into the side section, making the front section appear particularly wide. All elements of the front section appear to merge to form a single, elegantly curved movement.

The sporty, flat silhouette provides an impressive body height of just under 1.40 metres. This makes the BMW Concept Gran Coupé up to 100 millimetres flatter than the BMW 5 Series or the BMW 7 Series Sedan. The roof line tapers off gently into the rear, thereby elongating the vehicle’s proportions. The forward-tilted shark nose visually extends the bonnet and creates characteristic BMW proportions with its forward-pointing dynamism. This stretched character is also highlighted by the side lines, where there is a deliberate avoidance of the typical sill line. The flat proportions make the window graphics appear extremely narrow and dynamic at the same time. Another BMW design icon, the Hofmeister kink, is especially strikingly formed – additionally emphasising the exclusive character of the vehicle. The frameless doors give the BMW Concept Gran Coupé a modern character since the glass surfaces appear to merge seamlessly without being interrupted by columns.

At the rear, only design elements such as the lights and tailpipe trim appear to be visible at first sight. The entire rear section appears slimmer and lighter at the centre, though still exuding power and dynamic performance since the volume is reinforced towards the sides. The L-shaped light banks feature a slight, almost subtle curve and the entire design of the lines and surfaces highlights the vehicle’s elegant overall appearance. The third brake light, positioned in the rear window, is also fitted with LED technology. It takes up the kink in the roof and illuminates the entire width of the rear window. The powerfully flared wheel arches above the rear axle highlight the particularly sporty character of the BMW Concept Gran Coupé.

Another highly sporty and also elegant feature is the rim concept in which the individual spokes extend deep into the centre of the rim towards the hub, giving the rim a striking three-dimensional quality. The spokes themselves are not solid but relief-milled, giving them a visual lightness.

The sculptural shaping style characteristic of the entire body design of the BMW Concept Gran Coupé permits a unique interaction between concave and convex surfaces. It also enables the light to be selectively reflected and channelled. Thus the exterior mirrors integrated in the window shaft appear very light, blending harmoniously into the side view since their shape assimilates the entire line styling. The BMW Concept Gran Coupé is a further development of the classic design of a notchback sedan in which the individual body sections merge harmoniously into a flat, elongated and at the same time dynamic overall image. The effect of this 4-door vehicle derives not just from specific highlights but from its overall appearance, which authentically reflects its character. The car’s dynamic potential is embodied in its proportions and lines, signalling power but also elegance and forward thrust.