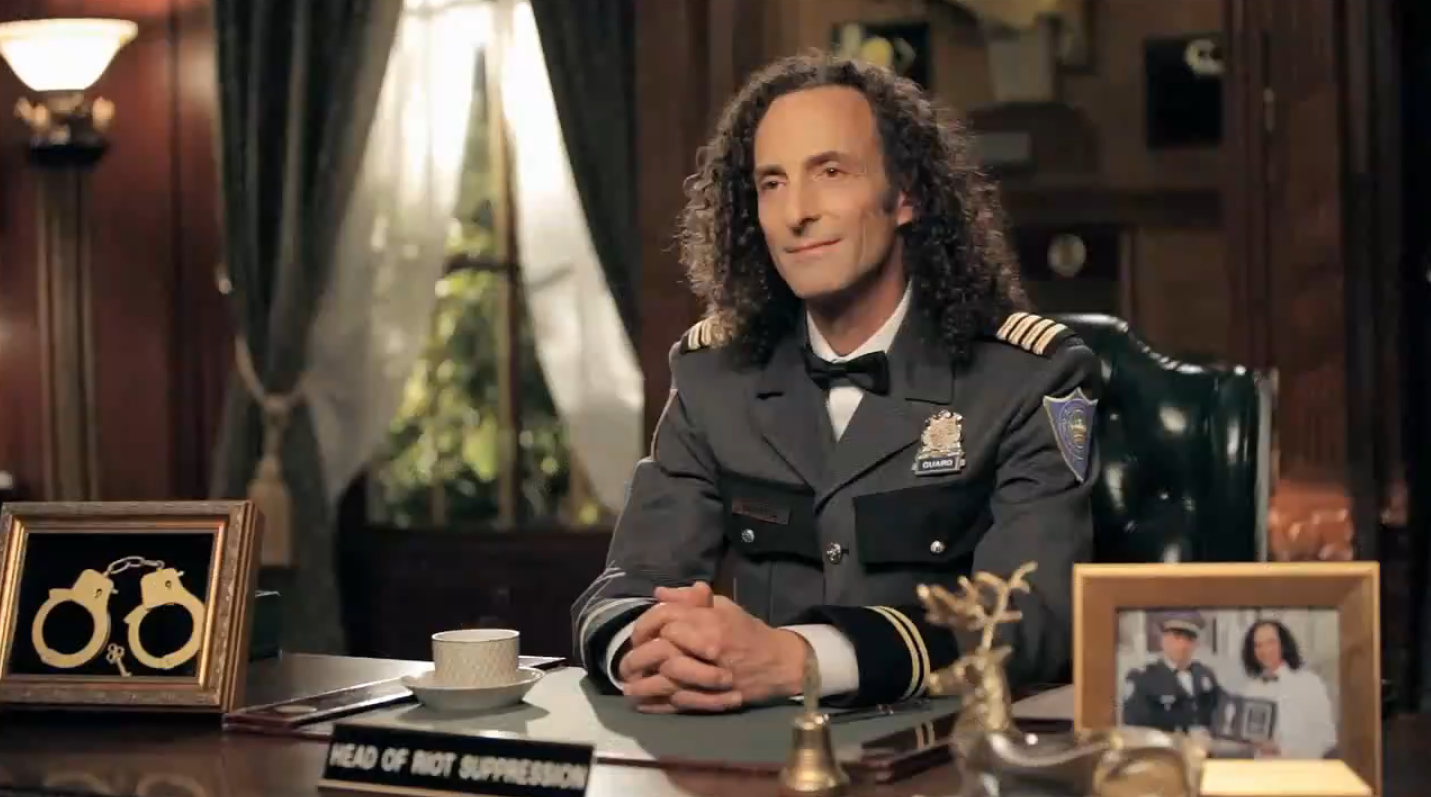 Today, we received a press release from Audi with the words “Kenny G” in it, and we were admittedly intrigued.

Audi is releasing it’s “Luxury Prison” ads, which are meant to challenge the audience to break away from the old, stuffy ideas of opulence (yachting, falconry, caviar, etc.) and embrace a fresh form of luxury. Audi, of course, represents this new luxury.
One teaser for Audi’s Super Bowl ad for the A8 features musician Kenny G’s soothing smooth sax riffs at a tool for riot suppression, quickly subduing the agitated luxury prisoners. It’s odd, yes, but Audi manages to make it humorous. Plus, Kenny G breaks off an F-bomb. How can you not love that?
The Luxury Prison ad teasers are currently available at YouTube, and the one-minute ad will show during the first post-kick-off commercial break on Sunday.
More details follow in the press release from Audi.
Audi Taps Musician Kenny G for Super Bowl Spot
• Multiplatinum selling saxophonist Kenny G to make satirical appearance in Audi’s 60-second spot during Super Bowl XLV
• Comical online teaser video featuring Kenny G launches today at YouTube.com/AudiofAmerica
Audi today announced that Grammy-winning saxophonist Kenny G will make a humorous appearance in the brand’s 60-second spot during Super Bowl XLV. The ad, set to air in the first break after kick-off on February 6, 2011, will feature an adventurous prison escape scene that culminates with a comical cameo by Kenny G as the luxury prison Riot Suppressor.
Launching today, an online teaser video featuring Kenny G as the Riot Suppressor can be viewed at YouTube.com/AudiofAmerica.
Audi’s upcoming Super Bowl spot called “Release the Hounds” follows two pretentious inmates as they attempt to break out of a luxury prison. Challenging viewers to re-think luxury, the ad will feature a number of elements that recall the heyday of old lux. The multiplatinum sax man Kenny G was chosen for his unmistakable music, whose songs and stylings brings the audience back to a certain era.
Audi’s 2011 Super Bowl spot also will feature the award-winning 2011 A8 sedan, Audi’s most technologically-advanced vehicle and the apex of Audi’s new luxury lineup.
The past three years Audi has delivered highly-rated spots, including last year’s “Green Car” ad featuring the Audi A3 TDI, Green Car Journal’s 2010 “Green Car of the Year,” and a soundtrack created by rock legends Cheap Trick. The 2009 spot featured actor Jason Statham in a series of high-speed chase scenes involving luxury competitors, sending the dual message that luxury is evolving. The 2008 Audi spot delivered a parody of the movie “The Godfather” and signaled that the brand was ready to challenge the perceived luxury leaders by “putting luxury on notice.”
ABOUT AUDI
Audi of America, Inc. and its 276 U.S. dealers offer a full line of German-engineered luxury vehicles. AUDI AG is among the most successful luxury automotive brands globally. During 2009 Audi outsold all other luxury brands in Europe, while in the U.S. market Audi posted the largest market share gain of any luxury automotive brand. Over the next few years, AUDI AG expects to spend nearly $2 billion annually on new products and technology. Visit www.audiusa.com or www.audiusanews.com for more information regarding Audi vehicle and business issues.
# # #
Tags:
A8AudihtmlSuper Bowl