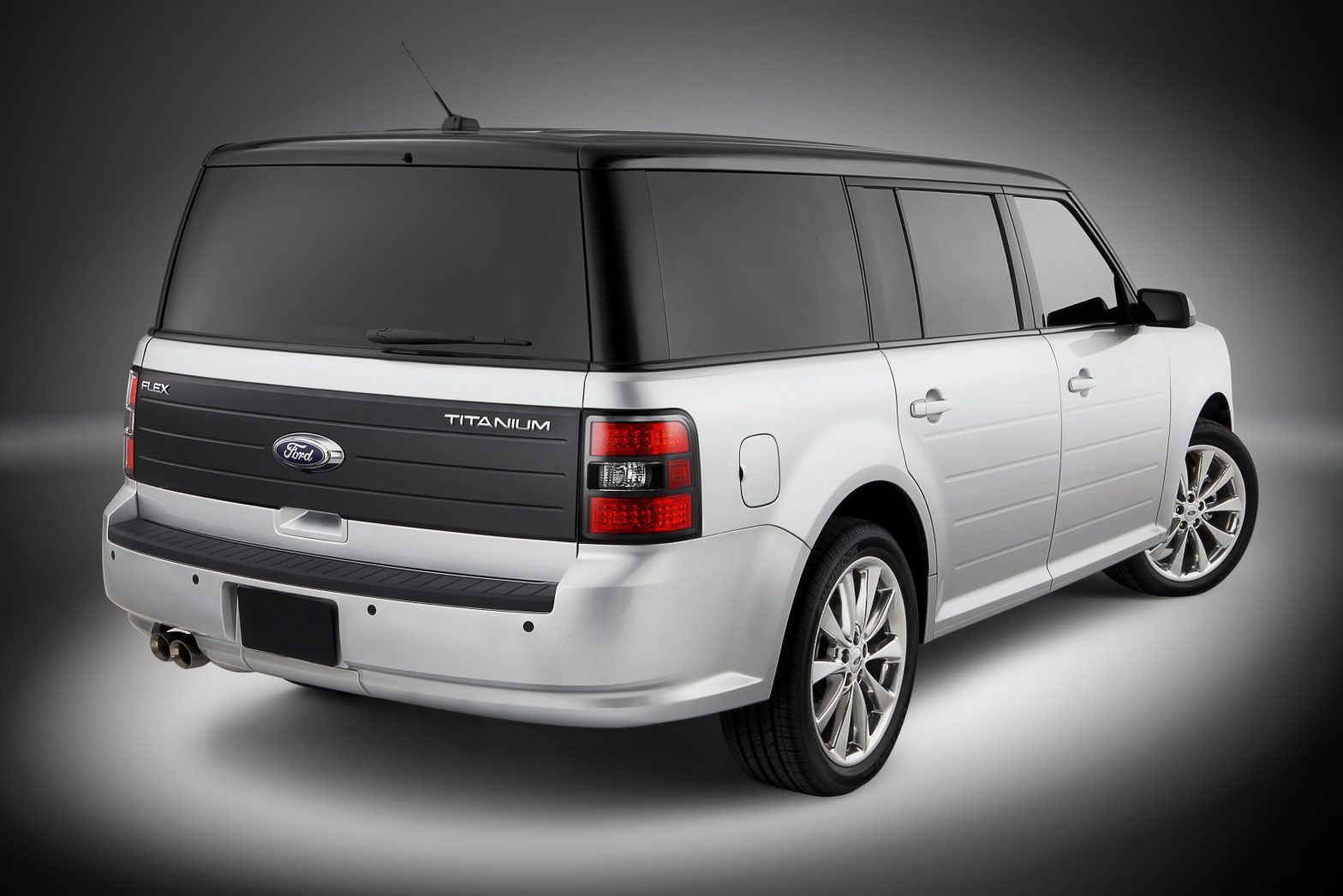 We’re in the process of putting together a hot new comparison test for Winding Road; a group of three-row, sliding door, TVs in the back, cup-holders-on-all-sides minivan test. Be still your beating hearts. As in everything we do in the way of comparative content we expect to have a good time with the three grocery getters—high centers of gravity and front-driven wheels be damned.

One vehicle we won’t be driving back-to-back in our minivan test is the Ford Flex, which is a real shame. (Ford does not have a front-drive, non-EcoBoost Flex available for the time we’d need it, unfortunately—just part of the “sausage making” that goes on behind the scenes at any automotive publication.) But, having driven the full-boat, no-expense-spared Flex Titanium EcoBoost AWD recently, we feel secure in saying that the vehicle qualifies as the most fun-to-drive true people mover in the game today.

In the three-row world, what else comes close to having the chops to hang with the 355-horsepower, 350-pound-feet of torque turbocharged Flex? The ugly-twin Lincoln MKT has the same basic ingredients, and is pretty much a clone from a driving standpoint, but it’s far less attractive and more expensive. No dice. The new and improved Dodge Durango may have something to say; at least when equipped with the more aggressive R/T package and a 5.7-liter Hemi. But, not having spent much time in the Mopar hauler, and suspecting that the third row isn’t quite as accommodating, we’ll have to table that one until a later date. Other high-powered SUVs all suffer from being either massively more expensive, or less engaging to drive, or too small, or a combination of those factors.

Probably the single best competitor to the Flex in the fun minivan category is Mazda’s new and stilly cheeky Mazda5. The 5 doesn’t have the power or room of the full-on Ford, but it’s available with a manual transmission (plus one-million driver points), and it’s way cheaper, too. But, push comes to shove, and we still have to give the fun edge to the Flex and its 200-horsepower advantage.

The Titanium we last experienced reminded that the EcoBoost-powered Flex is a pretty special vehicle. Sure, the funky van will never score very highly on the Involvement Index—controls are too numb and the ride favors comfort highly over performance. But the all-wheel drive system keeps you planted very firmly in a fast corner, and there’s not too much body roll relative to other vehicles this size (roll is progressive, as well, not sharp or unsettling). Steering wheel-mounted paddle shifters don’t work with F1-speed, but the fact that they’re available to play with the very powerful motor speaks volumes to the potential of the Flex in the hands of an interested driver.

Even after a few years on the market, we still think the Flex looks pretty good, too. It’s a little too “retro-style” for some palates, we’ll grant you, but it stands out from the minivan/crossover/SUV herd in a way that we think makes it a stronger product overall.

What’s the coolest three-row vehicle you’ve ever owned or driven? Give us a shout in the comments section below.