Features, Lifestyle I By John Beltz Snyder I December 23, 2011 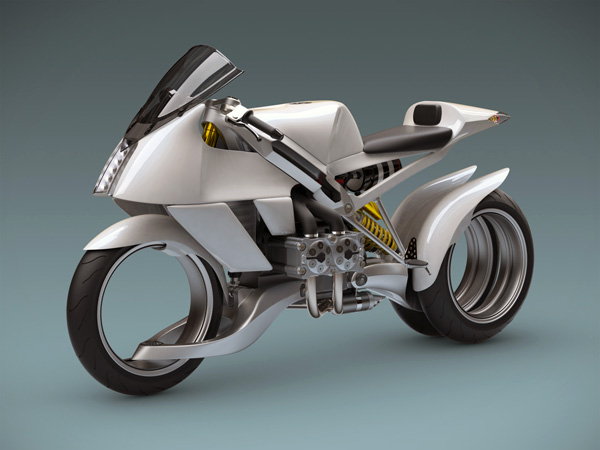 Dads On Vacation
If you’re a dad, or know a dad, you know how awesome dads can be on vacation. This photo blog celebrates the dad on retreat. You can even submit your own dad or somebody else’s dad, but, please, no moms (their rule, not ours).

How To Invest Sustainably
If you’re like us, you’re keeping your eye on the ways in which the world is going green, be it in the automobile industry, the stock market, etc. For those who don’t want their portfolio to weigh heavily on their conscience, here are some tips for going green in your investments.

spnKiX Motorized Shoes
On Kickstarter, you can help fund the creation of these motorized shoes, called spnKiX. A pledge of $375 gets you a pair, which is much less than the $649 retail price. They are expected to deliver in March of 2012.

FB R2000S Hubless Motorcycle Concept
This interesting motorcycle concept was designed by Miroslav Hundak, based loosely on the BMW R1200S. It features three hubless wheels, one in front, and two in the rear. It’s pretty fantastical, but we’re allowed to dream, right?

Robot With Built-In Cockpit
Hajime Research Institute is building a 13-foot-tall robot with a cockpit built in for a human operator. Finally, your Gundam fantasy will become reality. Now, if only we can get to work on those robot lions. (Now who’s the nerd?)

OnStar Video Chat
OnStar will be demonstrating in-car video chat at the Consumer Electronics Show early next year. A new 4G infotainment system will allow you to make video cars from the comfort of you (parked) car. It will first be shown off inside a Chevrolet Volt.

Gravitational Lens In Space
Science, man! The gravity of the galaxy in the center of that picture is so strong, that it warps the view around it, making other galaxies appear as stretched-out blobs. Click through for the full explanation.

Drink Beer In Space
Want to drink a beer in space? Now you can. You can buy a flight to space (or opt for the cheaper, zero-gravity flight), and you can get a great view of Earth while sipping space beer. Price includes preparation for flight, a t-shirt, and an afterparty.

Choose Your Seat Mate
A new service to be unveiled by KLM Royal Dutch Airlines will allow you to share your social media profiles when reserving a seat on a flight, and allow you to choose whom you’ll sit next to based on their profile. Whether you’re looking for a potential date in your city of debarkation, or if you just want to avoid the guy whose favorite band is Aerosmith, the choice is up to you. (Yes, the Stone Age iPods in KLM’s press materials make us a bit skeptical, too.)
+ The Hot List: Volume 18
+ The Hot List: Volume 17
Tags:
hot list