Features, Lifestyle I By Winding Road Staff I November 25, 2011 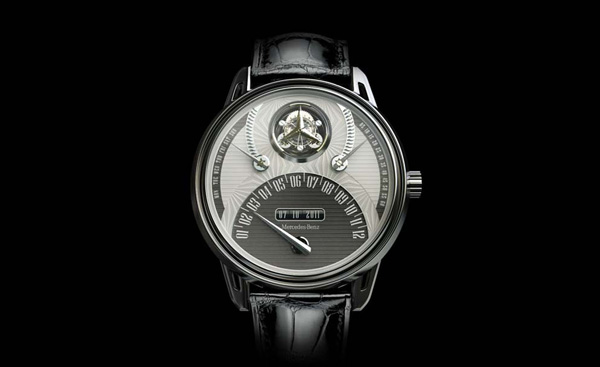 Green Car Games For Long Drives
We’ve got a lot of driving ahead of us this holiday season. If you’re doing the same, and have little ones who take an interest in cars, these games from Green Car Reports can help pass those long miles.

LightSquared, Soundtracker Offer Cloud-Based Music
LightSquared and SoundTracker are teaming up to offer 11 million songs in a mobile music service. Music is stored in the cloud, and accessible from anywhere in the US. The cost for a subscription hasn’t been released yet, but it should offer an alternative to folks with high bills for data plans.

Mercedes 320 Tourbillion Watch
Designer Marko Petrovic has created a watch as an homage to the Mercedes-Benz Type 320 Cabriolet. The face of the watch mimics the car’s instrument cluster, and Petrovic included stunning detail in his design.

Car Interior Preheater
This battery-powered heater sits on your dash, and warms up the cabin and defrosts the windshield before you get into the car. It has a remote that works from 200 feet, and recharges via AC outlet or in-car port.

Ant-Roach Inflatable Robot
This robotic concept inflates itself, and is strong enough to carry people on its back. In fact, it can support up to 1000 pounds. Plus, it looks really cool and kind of creepy. Engadget even has a video of the Ant-Roach doing its thing in shallow water.

Fishing Rod/Rifle Combo
The Pack-Rifle is a cool gizmo for survivalists, outdoorsman, and collectors alike. It is a one-shot .22 rifle that can be converted into a fishing pole. Now you can hunt and fish with the same lightweight device, and it costs just $425.

LED Contact Lenses
Imagine being able to read an email without a computer. You could just see it in front of you, because it would be downloaded your contact lens. Researchers at Washington University have created a lens with LEDs in it that could do just that.

The Foxy Lady Project
A truly show-stopping coffee table book (assuming you have a very sturdy coffee table) for the fanatical guitar lover. The Foxy Lady Project depicts 61 massively influential guitars, utilizing hyper-real photography, and a life-size layout. The tome measures out at 18.5 inches wide, 43 inches tall, and pounds, and costs between $1975 and $445 depending on the edition you select.
+ The Hot List: Volume 14
+ The Hot List: Volume 13
Tags:
hot list