Ten Steps to a Successful Pass 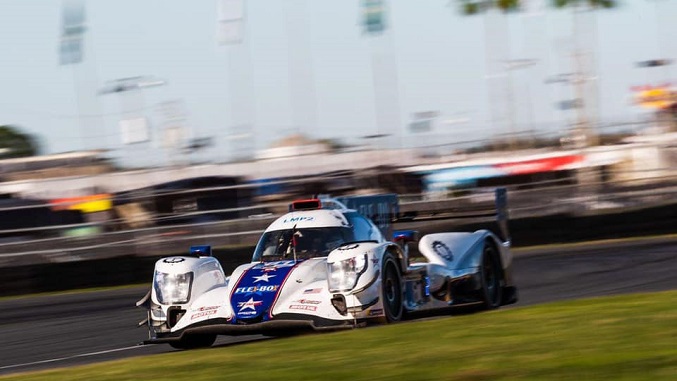 For the past few years Colin Braun has been driving for been driving for CORE Autosport in various classes, and is this year's winner of the Rolex 24 at Daytona in LMP2, racing for Dragonspeed! We thought it would be topical to re-post this article by Ross from a few years back, where he asks Braun to talk a bit about passing – Editor

Some drivers are super-fast, but not the best wheel-to-wheel racers. Some are not as fast, but they have an ability to out-race others. They're great racers. And then there are some who are fast *and* great racers. This week's contributor is one of those fast racers: Colin Braun. ​He's competed in the NASCAR Truck and Xfinity (then, the Nationwide) series, where he would pass as many cars in one race as most road racers pass in a season. This week Colin is sharing some of his thoughts about how to set up and complete a pass. – Ross

This week, I want to talk about something that we all take for granted – passing! Many times, I hear racers talk about how they just “couldn’t get past this super slow guy ahead of me…”. When I hear that, I often think to myself that if they only put some “thought” into making the pass, they could. It is easy to just say, “Well, I just couldn’t pass them. Nothing I could do!”

I want to walk you through a few key points and then show you how my brain works when I am setting up a pass on someone – not that it is the perfect way, but to illustrate the thought that goes into it.

The easiest way to pass someone is to get a better exit off the previous corner, drag race them down the straightaway, get a run, pull out of the draft, and pass them in the braking zone. To make this happen, you will most often need to “back the corner up” (be patient on the entry, braking a little early) and focus on trying to get a really, really good exit off the corner (getting to full throttle very quickly) and thus getting a great run down the straightaway.

Let’s take Turn 7 at Road Atlanta, for example. That is a perfect place to really focus on the exit, and it leads right into a great passing area in Turn 10a. Brake a touch early into Turn 7, slow the car in the center of the corner, then get the car lined up straight (rotated), and get to full throttle way sooner than the guy ahead you are racing… don’t get sucked into over-driving the entry to Turn 7 because you want to get past the guy in front of you RIGHT NOW! You often see the classic “over-drive the entry” causing a messy middle of the corner, then causing late-to-throttle, and a poor run down to the next straight! Then you are too far back to make any sort of passing attempt into the brake zone of Turn 10a.

Getting a good exit is the key to making good passes, and to do that you have to over-slow (relative to a normal lap) the center to get to the throttle earlier. Picture in your mind the driver that backs up the entry to Turn 7, really gets the car rotated in the center of the corner, and is way earlier to power than the driver ahead. Now he simply drafts the car ahead until he pops out and completes the pass in the brake zone into Turn 10a! This technique makes passing easy, but it has to be a mindset. At times, you’ll give up speed and slow down in certain areas more than you want to, but knowing it will pay dividends in an area you can pass.

For those of us in downforce cars, there are some small things to remember that will help when you get an aero understeer while you are in tight quarters with another car. If you can get 1/3 of your car to the “inside” of the car in front, you can gain a tremendous amount of your aero grip back in the corners. It doesn’t take much to get the aero grip back; you just have to make a conscious effort to be tidy with your lines to be able to get the air over your car. You don’t want to be 100% in the wake of the guy in front of you in the middle of the corners. You want to peek to the inside. It is the opposite of drafting on the straightaways.

I also hear drivers complain about the guy in front making mistakes and being erratic, etc. It should be easy for you to capitalize on those errors! But you need to always be in a position to capitalize on their mistakes – many times drivers get too far behind to be able to pounce on that opportunity.

Now for the breakdown of how my thinking would go, once I have identified I want to pass someone into Turn 10a at Road Atlanta:

And it all starts over again….

So each individual pass needs that kind of thought and execution put into it. You don’t just happen to pass people. You have to have a good plan in place and get the job done.

So the next time you are frustrated with the slow guy in front, use that frustration to really identify the weaknesses of the driver ahead and then how you are going to set up the pass. They don’t just fall in your lap, as you can see!

+Speed Secrets: Why You Should Walk The Track