Speed Secrets: Why “In Slow, Out Fast” is Bad Advice 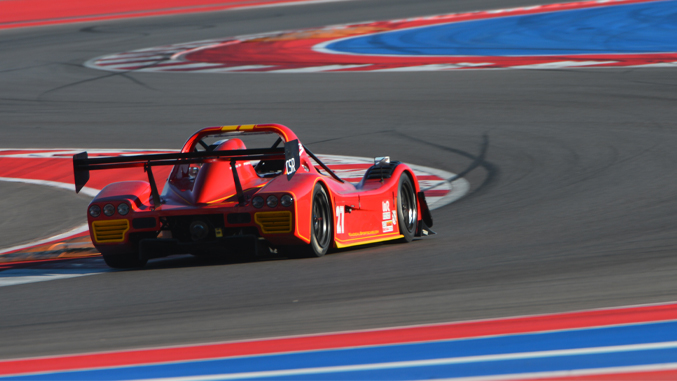 Almost as soon as you graduated from a race drivers school (if not sooner), you no doubt began asking yourself, "how can I go faster?" Of course, you most likely looked first at what you could do to your car to make it faster, but that is not of much interest to me. What is of interest is what you can do as a driver. If you could only find the “secret” that would shave a few fractions of a second off your best time, you would be a happier driver. Well, the following thoughts and ideas might just help you figure out that “secret.”

On my first visit to Indy, during my Rookie Orientation, I spent time with Rick Mears. I liked the way he explained how to go faster – I was pleased to discover that it was the way I've always tried to approach it. To go faster you should inch up on the limit, going a little bit quicker each lap until you feel you're going beyond the limit – taking little bites of speed to reach the limit rather than taking large bites. If you take big bites of speed, you may go from just below the limit to way beyond, in one step.

Corner entry speed is critical. If it is not correct, you spend a lot of time and concentration trying to make up for the incorrect speed. You need as much of your concentration as possible to sense traction, car balance and the line at this point.

Following the advice, "enter the corner slow and come out fast" may just be the problem. I know many “experts” have given you this advice since you began racing – and it's still true. However, you can take it too far. It's possible (and likely) that you may be entering the corners too slowly. If so, your “traction sensing” – the feel you get of how much traction you have to work with – tells you to go faster. So, you tromp on the throttle to accelerate back up to speed, and in doing so exceed the traction limit of the driving tires and get wheelspin. The overall result is you're slow, even though it feels as if you're at the limit because of the wheelspin. To make matters worse, once you've realized you are entering the turn too slowly, it takes time to react and correct your speed – lost time.

Let's look at an example. Let’s say that your car, with the proper technique, can be made to turn in to Turn #1 at your favorite track at 58 MPH, but you slow the car to 56 MPH just prior to turning in. As you begin to drive through the corner you immediately sense there is more traction – you’re not driving at the limit – so you get on the throttle. Think about those driving tires for a minute. Even though they’re not right at the limit, they’re close. So close, in fact, that the heavy acceleration from you getting back on the throttle causes them to exceed their traction limit. The result: wheelspin. Your conclusion: You’re driving as fast as your car can go. If you had entered the corner at 58 MPH, you wouldn't have to make up for the error in speed. The change in speed wouldn't have been so drastic.

In fact, the more you slow the car at the entry of the turn, and the longer you wait to get back on the throttle, the more likely you'll want to make up for the lack of speed by accelerating hard – probably too hard. That results in demanding too much from the driving tires, leading to either power oversteer or power understeer. Again, the change in speed is too extreme.

Racing in the rain taught me a very valuable lesson – one I use in the dry, as well. I found that if I purposely made the car slide slightly from the very second I entered the turn, I was automatically smoother and more relaxed, and therefore faster. This is because I had no fear of the car suddenly taking me by surprise by starting to slide – I could act instead of reacting. The moment I learned this, I started winning races.

You should aim to enter each turn just slightly faster (0.5 to 1 MPH faster) than the traction limit dictates (as long as you can still make the car turn-in to the corner properly), so the car slides (scrubs) while you are transitioning off the brakes over to the throttle to begin acceleration. This accomplishes two things: