Speed Secrets: What Does Stability Control Actually Do? 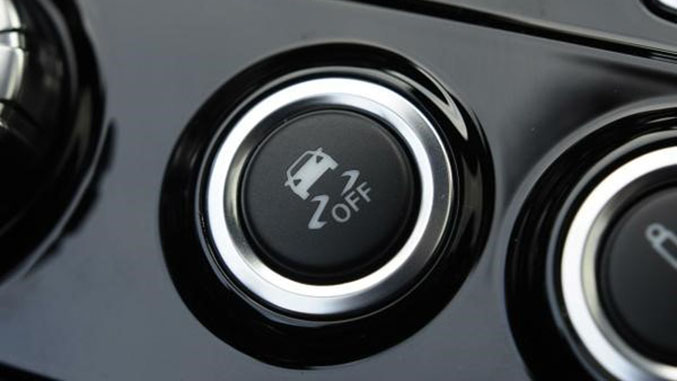 A few weeks ago, David Ray wrote an excellent article about the use of stability control on the track, and that triggered a lot of comments. Rob Schermerhorn has also written an article that touches on the same topic, but from a different perspective. Rob is a great driver and coach, like David. Additionally, Rob’s an engineer – he can tell you how stability control works.
The topic of using "electronic driver aids" on the race track is a very popular – and controversial – one these days. Starting with the common question, let me share a few of my thoughts.
Q: My car has traction and stability control, as well as ABS, and I drive it in HPDE and track day events. What are the pros and cons of turning these systems off?
A: Great question. Stability control (lets call it ESC, for Electronic Stability Control) is the most misunderstood technology on modern cars – even very experienced racers at times call it “voodoo technology.”
First of all, some facts:
Essentially, ESC is assisting you by steering the car with the brakes, when the system thinks you need help, due to your miscalculation, judgment error, or generalized ham-fisted technique.
In a track day setting, you must not rely on ESC!
It can be difficult to sense ESC’s intervention. You may only hear a soft thudding and wonder if you need a tune up, as the engine is not as peppy as it was a minute ago. One telltale sign that you’re relying on it is that you’ve worn out the rear brakes in twenty minutes of track time. It happens! In this case, the ESC has been feverishly working hard to mitigate all that steering lock you insist on cranking into the tiller, activating the brakes over and over again, while you continue to activate the system by over-driving or abusing the limits of your car.
Instead, use ESC in corners. Like ABS is used in the brake zone, use it only as feedback that you’re near the friction limit (or whatever limit the legal team will allow, meaning the thresholds programmed for intervention).
Activation of ESC means understeer 95% of the time; you’re charging into the corner with too much gusto, using the steering wheel to scrub kinetic energy instead of the brake pedal. Instead:
The downside
One con to disabling ESC is crashing!
It is important to know that the vast majority of manufacturers (including the ultimate manufacturer – I have documentation) only allow either a temporary defeat, or in most cases a soft-defeat of ESC, in that the threshold of intervention is raised somewhat or more wheel-spin is allowed, but ESC is still waiting to save your bacon. Only in a few cars (like Corvette or Ferrari) “off” really means “I have talent,” and actually turn the entire system off.
If you’re aware of how you’re using ESC, and infrequently and proactively use it as a subtle reminder that you’re on the edge, that’s okay. But to rely on it, and not know it, that’s a recipe for disaster.
– Rob Schermerhorn