Speed Secrets: The Virtues of Early and Late Apexing Explained 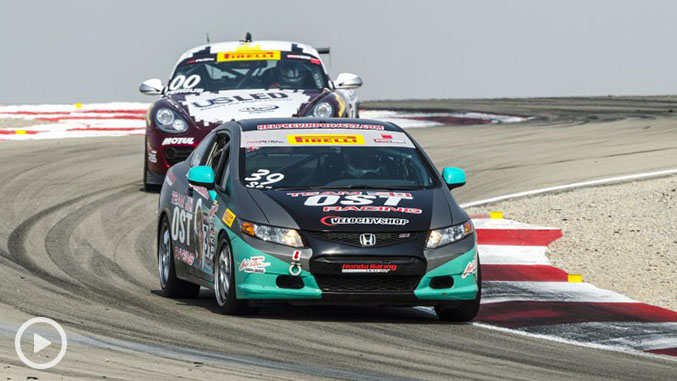 The apex of a corner is that point where the tires on the inside of the curve you’re driving through clip past the inner edge of the track. It can also be thought of as that point where you’re no longer driving into the corner, but you’re beginning to drive out of it.
Depending on the line you drive through the corner – and dictated mostly by where and when you turn in to the corner – your apex can be early in the turn, in the middle of it, or late. Any apex past the geometric middle of the corner is considered a late apex. As you can imagine, there are varying degrees of lateness, too.
The main advantage of a late apex line through a corner is that it allows you to begin accelerating earlier. And the earlier you begin accelerating, the faster you’re likely to be down the following straightaway.
I talk more about early and late apexes in this tip:
Tags:
ross bentley speed secrets