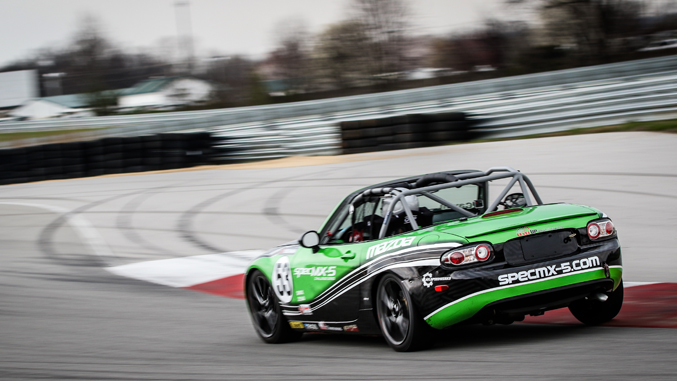 One day many years ago, I had a major Aha! moment while driving along a highway. I was approaching a traffic light, and as I got closer the light turned from green to yellow and then to red. I continued at speed and then, at a certain point I started to brake, slowing down, and finally coming to a stop at the intersection.

That's when the Aha! moment hit me like a slap in the back of the head.

For a number of years I had had fellow race drivers ask me where I braked for a certain turn, let's say, Turn 1 at Portland International Raceway. My typical response would consist of me looking at them with a confused look on my face (even more confused than I normally am!), followed by, "Hmmm…I'm not sure. I think about the 3 marker, but I'm not sure."

These other drivers would talk about braking at "325," or "275," or "3 lengths past the 3 marker." At that point, I began to question my abilities since I really couldn't be that accurate with where I started braking. I thought there was something wrong with me or how I was driving.

Fortunately, when we got on track I found myself out-braking these competitors, and realizing that I was actually better on the brakes than they were, so I didn't worry about it much. But I did still wonder about it.

And then I had my Aha! moment approaching the red traffic light.

Since that time I've tested and confirmed how effective focusing on the End-of-Braking point is. I've done that with my own driving, and with the drivers I've trained and coached. Of all the things I've taught drivers, from novices to elite-level professionals, focusing on the End-of-Braking point is one of the top three most effective things that have led to consistently improved lap times.

I'm not saying that you should not have a clue where to start your braking, or that the brake markers are to be ignored. No way. What I'm saying is that these should be used as a guide, not a point set in stone.

Keep in mind that your speed approaching the brake zone for a turn can vary based on how well you exited the previous turn. Because of that, it makes sense that you should not brake at the exact same place all the time, right? If you're carrying more or less speed – even a MPH or so difference – you're going to need to begin braking earlier or later if you want to enter the turn at the same speed, aren't you? That's another reason for adjusting your braking based on your End-of-Braking point.

Now, your End-of-Braking point could be right at the turn-in point, or some place after that, depending on the turn, your car, its handling characteristics, and your driving style. But that's where you should be looking as you approach each and every turn: the End-of-Braking point.

Where to Eat in Austin on Race Weekends