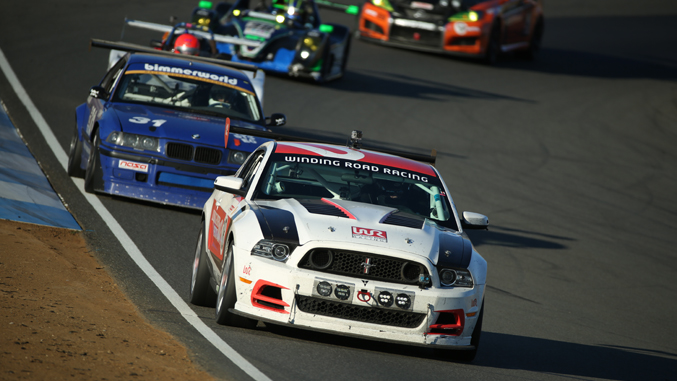 A short while ago, I asked you (and the rest of the Speed Secrets Weekly subscribers) if you had any questions you wanted answered here. I got lots! The one question that was asked more than any other, though, was: "How do I know when I’m driving the limit (and how do I know when I’m not)?"  That is a BIG question! I’m going to take this issue of Speed Secrets Weekly to share some thoughts on the topic. Enjoy! — Ross
“How do I know when I’m driving the limit?” If that’s not the BIG question, then I don’t know what is!
My goal for this article is to answer this BIG question in the most concise and useable manner possible. But keep in mind this is not only a BIG question, but a BIG topic.
Let’s start with a quick recap of what “the limit” is. Looking at the graph below of slip angle versus traction, you can see that a tire builds grip as it slips a little, peaks, then begins to lose traction. The shape and peak of this curve is different for every type and size of tire, but the basic characteristics are the same – the tire gains grip the harder it’s pushed until it peaks and begins to taper off. A high performance tire, such as a racing tire, will typically have a higher limit, but will be less progressive, and therefore the grip will taper off quicker; a lower performance tire will have lower limits, but a flatter peak. In other words, it’ll be more progressive.

You can substitute g-forces for slip angle in a comparison against traction, too, and the graph will look very much the same as above: tire grip builds and then relaxes.
You feel that, right? You feel the g-forces build and then taper off or relax. You know, at a gut level, that tires work this way – they gain grip the harder you drive, but eventually relax their traction. And most important, you know that once a tire reaches its limits, it doesn’t immediately lose all grip. It’s not like you go from lots of grip to absolutely no grip. Instead, it gradually tapers off.
You hear it, too. Tires sound different at different points along this graph. Squeal may be too much. Howl may be close to limit. No sound may be below. You need to calibrate the sound you hear to what you feel. Some drivers will say they can’t hear their tires. That may be true with a very loud engine or tires that don’t make as much noise as others, but in most cases, when these drivers really focus on what they can hear, the sound of the tires is evident.
You sense yaw visually. If you’re looking way ahead and your car begins to yaw or rotate (think of this as looking directly down on your car from above, and it rotates around the center point of your car), what you see on the horizon will change dramatically. And that gives you a hint of how close you are to the limit. Then, when you calibrate what you see with what you feel and hear, you’ll become more sensitive to where the limit is.
Of course, the only thing holding your car on the track surface are your four tires, and that’s why the understanding of your tires’ characteristics is so important. And you can see that with experience, and deliberate practice of sensing what you feel, hear, and see, you’ll develop the ability to know how close your car is to the limit.
You can sense the limit, but you can also raise or lower the limit. It’s not just sensing and driving the limit, it’s managing the car to maximize the limit. See, it’s one thing to drive the car at the limit, and it’s another to manage the car – weight transfer, angle/direction, application of controls – to maximize the limit. Let me explain it this way: If I come up to a corner, abruptly release the brakes, quickly crank the steering wheel, then slam down on the throttle, the car will be at the limit – but a lower limit than if I did all of that smoothly. It is a limit, but not the limit.

And, just when you think you’re driving your car at its limit, you might find that someone else can hop in it and go a little faster. You may have been driving at a limit, but not the limit, because you didn’t have your car balanced in a way to maximize traction.

As humans, we’re pretty good at pattern-matching. That is, we see, feel or hear something a few times and then can notice the pattern. When you feel “that” amount of g-force pushing against your body, you hear “that” sound from the tires, and you see “that” amount of yaw… put together, you recognize “that” pattern as the limit. That limit – the combination of the pattern of what you see, feel and hear – will change slightly, depending on the track (i.e., surface, elevation changes, banking in the turns), and speed, if your car has any amount of aerodynamic downforce. But with experience, you recognize these changes, too.
So, let’s look at four things you can do to sense and drive the limit more consistently:
That last point, making the car do something, is critical to consistently driving the limit. Mark Donohue once said that while exiting a corner with the car on the limit was like walking a tightrope, turning in at the limit was like jumping onto a tightrope, blindfolded.
What he’s saying is this: When you’re in a corner, and you begin accelerating out of it, you know what you have – you know how much traction you have to work with. It’s not easy to keep the car on the limit, but at least you know what you’re working with. But when you’re entering a corner, you don’t really know how much traction you have to work with, so it’s a bit like being blindfolded. And that’s why your goal should be to deliberately enter with slightly too much speed – just enough to make the car do something (oversteer, understeer, neutral steer slide). Because the sooner you do that, the sooner you’ll know what you’re working with – you’ve taken the blindfold off.
Warning: This last point is not for novices, and maybe not even for intermediate drivers. “Slow in – fast out” is good advice to follow if you’re relatively inexperienced. But once you’re able to slightly over-drive a car without spinning off the track, you’ll want to work on “fast in – faster out.” And that requires entering corners slightly faster than you sense the car can take, and then adapting to it. In other words, go slightly beyond the limit, and then dial it back. If you find that you’re over-driving the corners too much, and you’re slow to accelerate out of corners, then you’ve gone too far.

Of course, it’s one thing to be able to drive the limit in one part of a corner, and it’s another to be able to do that throughout an entire corner… and an entire lap. Driving the limit at every little bit of track is what separates the best from the rest. That takes mental discipline, a finely-honed sense of the limit, focus, and well-defined skills. Which are topics for future weeks….