Features, Racing I By Guest Contributor I October 08, 2013 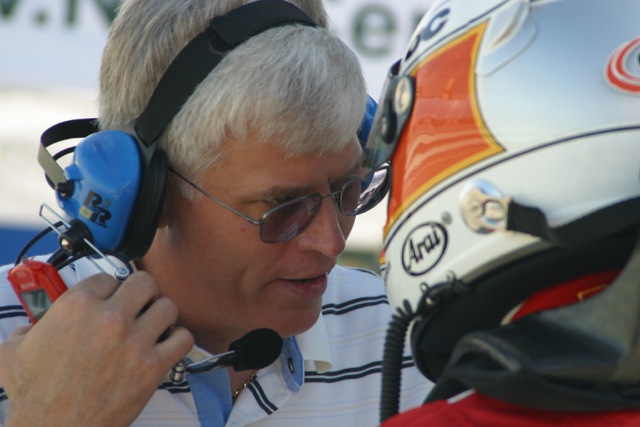 By Jeff Braun
In my opinion, the race engineer’s primary job is to get the car to do exactly what the driver wants it to do. Some good engineers disagree with me; they only focus on the simulations and what the fastest set up is from a theory standpoint, then expect the driver to get the most from it. I figure if the car is to the driver’s liking, he can show me what he has… he has no excuses.
So what do I need my drivers to do, to help me set up the car for them? Answer the Big 2 Questions. Nothing more, nothing less.
Sounds simple but, man, it’s hard to get some drivers to answer. Some guys just don’t get it. I engineered an Indy Car driver who would come in from a practice run and say, "The car is un-drivable." I would ask him to describe it to me in detail and he just kept saying, "It’s un-drivable – I can’t drive it." I would make a change and he would come back in, saying, "Nope, still un-drivable." After two sessions of this, my car owner came to me and said he felt bad for me, but this guy was paying big money to drive on our team and he couldn’t fire him. Right then, I knew why he had to pay to drive.
There are many ways good drivers will attempt to answer these two simple questions. Some will sit with me and go over the in-car video, showing me what they expect the car to do in this and that part of the corner, and what it’s doing now. Some draw exacting maps of the corner telling me what they need the car to do on entry braking, turn-in, brake release, rolling through the center, throttle pick-up, and exit. These maps have detailed descriptions of what the car is doing and notes on what they want it to do. Other drivers can just describe the "feel" of the car in super detail, talking about the movement at the tire/road contact, describing the car’s behavior literally every car-length through a turn. Some drivers want to sit with me and go through the data to show me what they’re doing with the throttle, brake, and steering, and why they’re doing what they’re doing. They point out what the data trace would look like if the car did what they wanted it to do. There’s a common thread: they’re answering the two questions above, but in the way that works best for them.
For the rest of this article, and more on this topic, subscribe to Ross Bentley’s Speed Secrets Weekly.
Tags:
car doingcar ownercar-lengthIndy Car driverJeff Braunrace engineerross bentley speed secretsvideo

Video: What It’s Like To Be A Lamborghini Test Driver