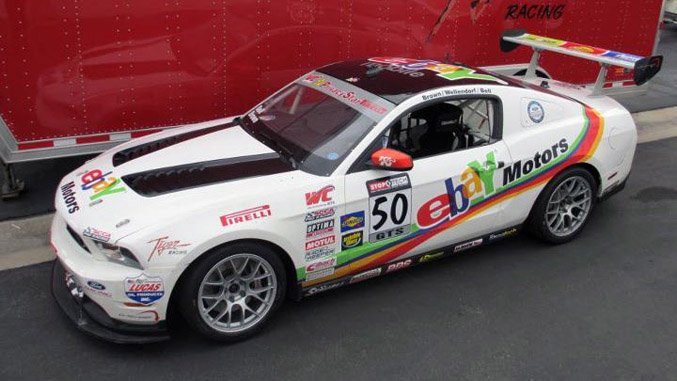 In this installment of Sponsorship Secrets, we’ll walk through some basic, but critical, pieces of sponsorship sales programs. This article is geared to professional racing programs in which branding and media value exists through the following: television coverage; the opportunity for at-race activation in the form of fan interaction; and corporate hospitality and entertainment. (I’ll talk about how these components can translate to more grassroots programs in an upcoming installment).

In this installment of Sponsorship Secrets, we’ll walk through some basic, but critical, pieces of sponsorship sales programs. This article is geared to professional racing programs in which branding and media value exists through the following: television coverage; the opportunity for at-race activation in the form of fan interaction; and corporate hospitality and entertainment. (I’ll talk about how these components can translate to more grassroots programs in an upcoming installment).

So, what is sponsorship and why do we need it? According to IEG, "sponsorship is a cash and/or in-kind fee paid to a property in return for access to the exploitable commercial potential associated with that property." That’s the proper definition, but what we’re really talking about here is going racing with OPM, or "other people’s money," in this case, a sponsor’s marketing dollars. But to do that, you’ve got to offer something of value from your side of the table to make it a desirable business deal for the sponsor.
WHAT IS THIS VALUE YOU SPEAK OF?
The value could be very different depending on your racing program and the sponsor’s business. If the sponsor is a B2C (business to retail consumer) marketer, the value could be brand exposure, brand awareness or other branding benefits. This could be in conjunction with some kind of activation program which connects with those consumers in a more direct and influential way. You will, of course, need to have all the relevant media value metrics to incorporate into your sponsorship presentations and proposals.
If the sponsor is not a consumer-facing company and is mostly interested in the B2B (Business to Business) benefits and opportunities available to them through racing, the value they seek will be very different than the B2C sponsor and much more hospitality- and corporate entertainment-driven. Branding will still feature, but less so than in B2C deals, and those companies will be much more interested in networking and generating new business with other companies that are involved in racing.
Make sure you understand your target prospect’s business and how they market before you approach them with a program that may not suit their needs. Yes, it’s a lot of work, but without this important step, you’ll stand very little chance of success.
Beyond understanding "how" your prospect markets, it’s critical to know "who" they market to by researching and understanding the target consumer demographic of the sponsor, and taking an honest look to see if you can deliver impressions and influence to that demographic. For example, if you were a 22-year-old racing IndyCars, you wouldn’t approach companies that market primarily to 22-year-olds – they aren’t IndyCar’s audience. Demographic information is available to you through the sanctioning body or promoters of all professional racing series. Use it!
In general, your racing program will be much more attractive to a sponsor if it’s real and not speculative, i.e., you’re already racing – not planning to do so if you can attract a budget. In almost every case, it’s much easier to sell "I am" than "I will." (If you don’t believe me, I’ll tell you about a certain Formula One team I worked for!). An established racing program has bona fides and proof points to call on, whereas a speculative program has only… speculation. Speculative programs can work, but they better be pretty darn spectacular and even then, they will still require a leap of faith by the sponsor.
It also helps if your racing program has already had some success. One of my favorite things to say to drivers and teams with whom I work is, "Go win a race and then we’ll talk about sponsors" and I’m only half-joking. You don’t have to have a race-winning program to gain sponsorship, but it sure doesn’t hurt. With all other things being equal, every sponsor wants to be associated with a winner. That’s not just human nature, but also good business. If you haven’t won races yet, but have made progress towards that goal, talk about it and how you plan to get to the top of the podium. Just don’t make that your whole pitch.
PICK ME A WINNER
Once you have a good idea of what you can offer and what kind of company you should be pursuing, it’s time to build your prospect list and refine it. You can use Hoovers or some type of similar corporate directory to build a raw list, but then you’ll need to refine it to something that’s manageable and improves your chances of success. We use a list of about 20 questions to qualify our prospects, but here’s a sample of basic qualifying criteria that you can use:
Now that you’ve picked out some good prospective companies to approach, how do you find the right contact at the company and their contact information? That’s where it can get tricky and often very time consuming, so we’ll have to save that discussion for the next installment of Sponsorship Secrets.
However, I will leave you with a couple of tips that I think will help your overall sponsorship search:
Tip #1: Don’t try to cover your whole budget with every sponsorship proposal. That’s probably one of the biggest mistakes I see in my business, even up to the IndyCar level. You’ll generally find much more success going for several singles and doubles rather than always going for the home run. Every now and then, you may even end up with an accidental home run.
Tip #2: If you get nervous or freeze up before "cold calling" sponsorship prospects, try this little trick. Make a few other calls right before you start your sales calls. It’s better if at least one of the calls is a business call of some sort, but call friends, call your wife, or call your mother if you have to. The simple process of talking to another person will loosen you up and better prepare you to talk to your prospect, who is, after all, just another person.
– Brian Bonner
Twitter: @indy92
Website: http://www.brmrace.com
Exerpted from Ross Bentley’s Speed Secrets Weekly. For more tips and additional articles on the art and science of racing, click here to subscribe.
Also be sure to check out Ross Bentley’s book, Ultimate Speed Secrets: The Complete Guide to High-Performance and Race Driving.
+ Speed Secrets: Pick Your Battles
Tags:
ross bentley speed secretssponsorship

Puritalia 427 Roadster Could Become a Reality