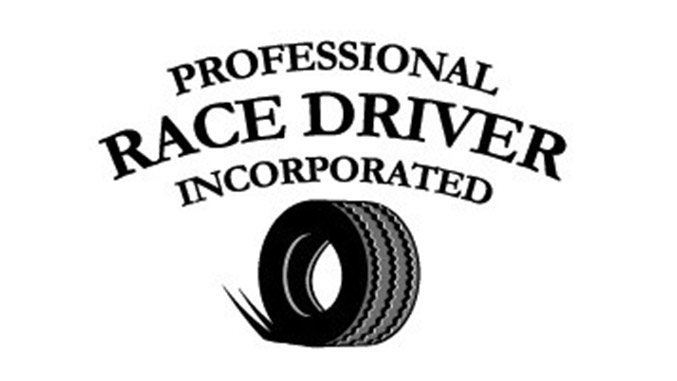 Raise your hand if you’d like to be paid to race cars. Okay, that’s more than one of you. And that’s the problem – many drivers want to make a living as professional race drivers, and there aren’t enough spots for them all. So, to stand out from the crowd, one needs to… well, stand out from the crowd. And one way of doing that is to operate more business-like than others. – Ross
The days of a professional race driver having only to focus on driving the car are long gone. Some would say they never existed, as drivers have always had to work the business side of the sport to stay in it for any length of time. But for sure, the business side is more important now than ever before.
The fact is, you are a business. You are not just a race driver. The sooner you recognize this fact and turn it to your advantage, the better your career will be.
So, you’re a business. What is your business? You might say your business is “you as a race driver” – that the business is “you driving race cars.” Technically, you’re correct. However, if that’s all there is to your business, that’s not much. You need more. Why? Because there are many drivers out there, and a lot of them have talent just like you.

So, what differentiates you from rest? Why would someone hire you to drive their car? What do you bring to the table?
For example, part of what sets Ross apart from others is his ability to coach other drivers. During the years where he was focused on finding a paid ride, that was what differentiated him from the field. He got paid to drive because he brought more to the table than just being able to drive.
The more you can think of yourself as a product or service, the better off you’ll be. If you think someone – a team, a sponsor – would “buy” you, why? If not, why not? Ask yourself these questions and then plan to make yourself more salable.
I also would suggest you think about what your personal values are. What are you willing to do to make it as a race driver? Be honest with yourself. It doesn’t matter what the answer is, and you don’t have to share it with anyone but yourself. But it is important that you know what it is you’re willing to do, and what values you represent. John Force, multiple world champion drag racer, spent his early years driving his own rig, sleeping in it, and cutting deals on the road to fund his next tank of gas. When he took his crew to a motel, he slept in the bathtub and they separated the mattresses from the box springs to sleep four in separate “beds.” He lived a hand-to-mouth, deal-to-deal existence for years. And now he’s a racing legend. Do you have that commitment — that willingness to lay everything on the line?
The sooner you begin operating like a business, with proper planning and financial control, the better your chances are of a career as a professional race driver.
Race drivers get themselves into financial difficulties, more than any other business problem. The cause? Their passion for… no, their addiction to racing! As you know, this sport can almost be like an addiction, in that once you have it, you can’t kick it. And that leads to financial problems, just like someone who is addicted to drugs spends every last dime they have to feed their habit.

The sooner you put some financial systems in place, the easier it will be to control your addiction, um, passion.
For example, developing a detailed budget for each season – right down to the last dollar – and then keeping track of every expenditure along the way, will help provide some needed discipline. Most financial problems seem to happen when a driver loses sight of how much has been spent in relationship to what was planned. Early in the year, when you consider a budget for the whole season, it may seem like you have plenty to work with (or not!). But overspending by any amount at all means you’re going to run out of money before the end of the season. The only way that won’t happen is if you’ve over-budgeted, but that is extremely unlikely. Things rarely work as planned throughout a whole season and in racing, virtually every unforeseen event costs money — crashes, broken parts, personnel changes, etc. Prices in the world tend to rise, not fall. Watch your dollars closely throughout, so you can field a good effort all season long. From the very first cost overrun, get your finances back in balance right away.
Most times, when driver has overspent, he doesn’t even know it until it’s too late. By the time he realizes it, he’s over-extended, and then has a tough time getting back on the financial track. If he had kept a better accounting of expenditures, it would have been easier to control them.
So if you do nothing else, make sure you have a detailed budget going into each season, knowing exactly what you have to spend, and then track your spending in real time. Do not wait until a month later to find out how much you actually spent on a race event. Use a simple accounting program, track it with credit card statements, or even pay in cash if that’s what it takes to stay disciplined. The sooner you learn how to develop an operating budget using a spreadsheet, and then use some form of accounting program, the closer to being a professional race driver you will be.

Once a driver has gotten a bad reputation for not paying a bill on time, it takes a long time for that to go away. And the racing community is a small one. Word gets around very quickly about people who do not pay bills or live up to promises.
I recommend having both a lawyer and an accountant on hand as consultants. You may wonder if you’ll really need them – especially a lawyer – but believe me, you will. At least, I hope you desperately need them. If you’re active as a driver, and making some money, you will need these professionals.
It’s relatively easy these days to find a standard contract template, and then modify it to suit your situation. But contract terms are subject to legal constructions of words and phrases that often differ from their day-to-day meaning. There may also be desirable provisions the sample you find does not include. Only a lawyer can guide you through a contract’s legal meaning and ensure that the contract best reflects your interests. Invest your time and money into getting your agreements checked over by a lawyer.
When do you not a need a contract between you and a team or sponsor? That’s a trick question, because you always need them. I sometimes hear drivers say that they didn’t think they needed a contract because they were dealing with a friend. That comment is usually made around the time when that friendship ended, and the arguing over who was supposed to do what and where and when had begun. Always get the details in writing. Remember, in order to make sure you’re on the same page, you actually need a page.
I give the same advice for accountants. I’m not suggesting you have to have an accountant (or a lawyer) full-time on staff, but it’s likely you will need one a couple of times a year, and for that reason alone, you should have one lined up and ready to go to help you with your financial needs.
No matter what level of the sport you participate in, the more you operate like a business, the more you’ll get back from it – in a good way.
– Bruce Cleland
LinkedIn
Exerpted from Ross Bentley’s Speed Secrets Weekly. For more tips and additional articles on the art and science of racing, click here to subscribe.
Also be sure to check out Ross Bentley’s book, Ultimate Speed Secrets: The Complete Guide to High-Performance and Race Driving.
+ Speed Secrets: Four Ways to Tune Up Your Body for Race Day
Tags:
ross bentley speed secrets