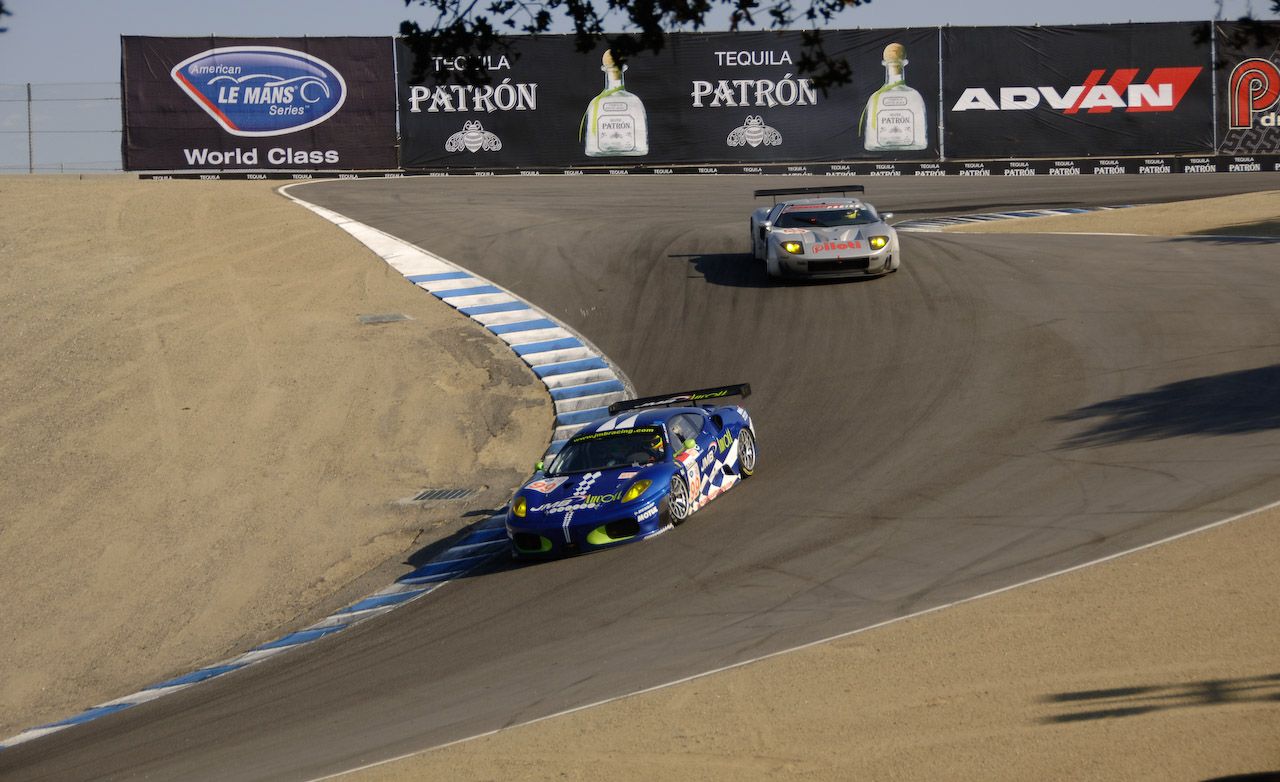 A funny thing happened at a recent HPDE/track day event I attended. I was talking with an instructor, and when I mentioned something about the apex of Turn 6, he looked at me with a slightly confused look and said, “I don’t really know what an apex is, or why it matters to me.” And this was from an instructor! Just as he was saying this, another instructor walked up, nodded, and said, “Yeah, same here.”

Over the following few weeks, I had a few email exchanges and conversations with drivers and instructors about apexes, apex angles, clipping points, where the min speed in a corner should be, and the different types of corners. And then, Chuck Tucker emailed me about a related topic, and that began a lengthy, productive, and fun email exchange of ideas, definitions, and discussion about how to put all of this information into a form that would help someone be an even better driver.

Chuck is one of the instructors I look up to, especially with his work with classroom training for HPDE programs. As a professional teacher and serious (but fun) driver, his expertise and understanding is hard to match.

Alan Johnson is one of the few authors to discuss the technique for driving a Type 2 corner. As I digested his advice, I realized I needed better language to talk about cornering strategies. Then I thought about what the apex of a corner was, or at least what I had been taught it was.

“Wait!” I said to myself. “Those are two different definitions, but only one term — apex. And I don’t think they belong in the same place in every corner.” At that moment, I knew that Mr. and Mrs. Apex needed a divorce.

Before we get into the reasons for the divorce, let’s meet the Apexes.

Mr. Apex comes from a large, well-known family, the clipping points. He lives at the place where the car most closely approaches the inside of the turn.  If you’ve ever “clipped an apex,” you have visited him. The name clipping point goes back, at least, to Piero Taruffi’s 1958 book The Technique of Motor Racing, and it describes Mr. A perfectly.

Mr. Apex is a solid, grounded person. He made his money in real estate, and he lives only in the best locations: the curbs at the inside of corners. While he will occasionally stroll a few feet up or down the curb, he never leaves his property. However, he is very hospitable and loves for people to drive past for a visit. The closer they get, the better. On most of his properties he is delighted for you to drive anywhere you want. In fact, he likes for you to think of him more as a short zone than as a single point, and to run over a good amount of his curbing where it’s nice and smooth. However, there are a few places that are special to him, and he guards them with rough rumble strips or tall curbs. You should avoid driving on these if you want to stay in Mr. A’s good graces.

Mrs. Apex has gone by several names over the years, though she hasn’t quite “established her brand.” She is found where the driver finishes entering the corner and begins to exit the corner. I suggest we call her the minimum speed point, since that is the dividing line between deceleration (entering) and acceleration (exiting). Alan Johnson called Mrs. A the balancing point. This is also a good name, since the car’s weight is balanced fore-and-aft at this point, a condition that maximizes lateral grip and permits the tightest possible turning. Related to that, Mrs. Apex’s twin sister Maxine (who has a master’s degree in engineering) is known as the point of maximum curvature.

Mrs. A is dynamic and adventurous. She defines herself by drivers’ actions, not by geography, and she doesn’t mind traveling to any place on the track where there’s something interesting to do. She has lived with Mr. A for a long time and she understands that beginning drivers think of her and Mr. A as a couple, so she isn’t upset when they expect her and Mr. A to be in the same place in every corner.

However, Mrs. A loves advanced drivers who come see her before they visit Mr. A, especially in Type 1 turns. “Sweetheart,” she says to Mr. A, “You know how important exit speed is for this corner. Why don’t I meet them out front before they get to your door. Then I can have them on the throttle and accelerating when they reach you. Think how much fun that would be!”

“That’s a fantastic idea, darling!” says Mr. A. “You do that, and I’ll give them a visual reference point to clip so they’ll know they can stay in the throttle all the way to track-out and still be on the pavement.”

Unfortunately, all is not perfect in the Apexes’ marriage, and circumstances can conspire to pull them apart. Sometimes the track geometry requires Mr. A to move away from Mrs. A, so that he can stay on his curb. “I’m sorry darling,” he says, with a small shrug. “I have to go.  It’s a business trip.”

(Author’s note: The driving lines in this figure and the one before are identical.  Only the clipping point has been changed to protect the innocent.)

And then there are the oh-so-confusing “double-apex” turns, like the Keyhole at Mid-Ohio or the Andretti Hairpin at Laguna Seca. These turns have two clipping points, one coming in and one going out, with a minimum speed point in between.

“Sweetheart, I’m confused!” says Mrs. A. “First, I thought we couldn’t afford a second home, and now that we have one, I never know which one you’re in. And when I finally get myself in a place that’s good for the drivers, I’m nowhere near you!”

“Double, schmubble,” Maxine grumbles. “People who call this a double-apex corner are only thinking about the clipping points. There are two clipping points because of the way the track is laid out, but there is only one minimum speed point, only one Mrs. A, in any corner, and her placement is important. Drivers should focus on getting Mrs. A in the right place and let the clipping points be wherever they need to be.”

“Now, Maxie,” says Mrs. A, “don’t be so hard on clipping points. You know that drivers need them as visual references. Without clipping points, drivers would have a terrible time driving a consistent line. And really, without some good solid clipping points, how would they know where they were when they reached me?”

Much of Mr. and Mrs. Apex’s difficulties might be resolved if they divorced. That would allow each of them to reside wherever they needed to be in a given corner, whether that’s together, a bit apart, or widely separated. It would also help the rest of us think of them as two distinct reference points, and free us up to try meeting Mrs. A in some different places as we fine-tune our cornering strategies.

In the divorce settlement, Mr. Apex should get the real estate, so that we’ll always know where to look for him. And Mrs. Apex should get enough money to travel to interesting places on the track. Who gets to keep the Apex name? I’m guessing that Mr. A will continue to be called “the apex,” though we can certainly call him Mr.Clipping Point if we need to avoid confusion. And Mrs. A can become Ms. Min Speed Point. That should help a lot. Min and Clip for short?

Oh, and what about those Type 2 corners? Well, there was that night when Mrs. A looked up at Mr. A with her smoky eyes, twined her fingers in his as she gently pulled him toward the track, and said, “Darling, I know how much it means to you to carry speed from the straightaway into a corner. This time, why don’t you go first?”

Come to think of it, maybe Mr. and Mrs. Apex don’t need a divorce. Maybe each of them just needs their own place.

The Ferrari F2003-GA which Michael Schumacher won his 6th Formula One World Championship in sold at auction for a price of $14.9 million, making it the most expensive F1 car sold to date.